Honouring past marine ornithologists on World Albatross Day on 19 June: a call for names

Each year World Albatross Day intends to honour those involved with research and conservation of procellariform seabirds who have sadly passed away in the previous 12 months.

For the inaugural World Albatross Day on 19 June next year the memorial roll will list all those who have worked with albatrosses and petrels and who have died in the last three decades since the first discussions were held in 1991 at a meeting of the Convention on Migratory Species that eventually led to the Agreement being signed in 2001 on 19 June in Canberra, Australia.

A commercial fisher renowned for supporting seabird bycatch research in Brazil, Celso Rocha de Oliveira, who passed away this year should also be added to the memorial roll, as should Hamish Saunders who was swept off Australia’s Pedra Branca in a storm and drowned in 2003 while helping monitor Near Threatened Shy Albatrosses Thalassarche cauta.  A Trust has been established in his name. 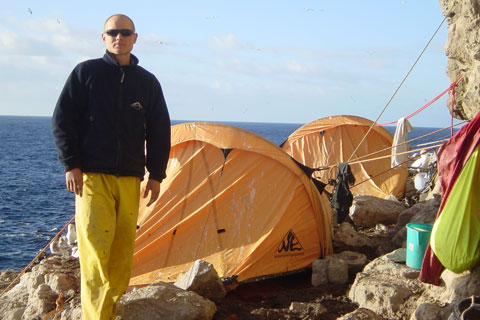 ACAP’s Information Officer will be pleased to hear of others to add to the above list, along with a few details of their work and passing; with links to obituaries if such exist.  It has been a privilege to have known many of those listed here, co-authoring scientific papers with several of them.  Vale all.

With thanks to Rosemary Gales and Pete McClelland.