Marília Guimarães Marini, Head of the Department of Conservation and Species Management, opens the 11th Meeting of ACAP’s Advisory Committee in Brazil

Yesterday saw the start of the Eleventh Meeting (AC11) of the Agreement’s Advisory Committee in Brazil.  The meeting is being held over four days this week in the Jurerê Il Campanario Hotel in the Jurerê Internacional beach resort at the northern end of Santa Catarina Island in the municipality of Florianópolis.

The meeting was formally opened by Marília Guimarães Marini, Head of the Department of Conservation and Species Management, Ministry of the Environment of Brazil (Diretora do Departamento de Conservação e Manejo de Espécies do Ministério do Meio Ambiente do Brasil). 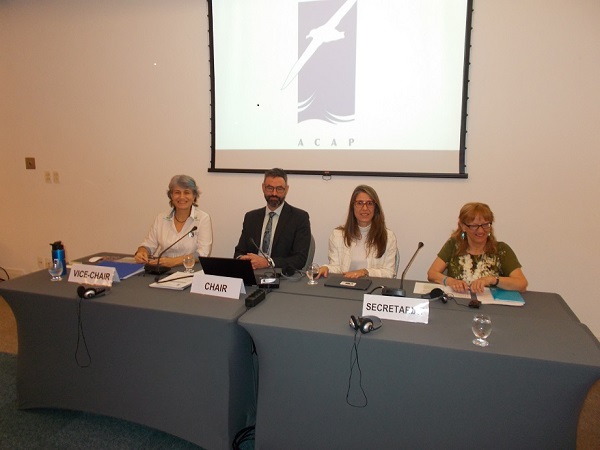 listen to Marília Guimarães Marini give her opening address

I would like to welcome all of you and thank you for your presence. It is a great honour for Brazil to host for the second time the Advisory Committee Meeting of the ACAP to discuss a subject that is very dear to us - the conservation of albatrosses and petrels.

The participation of Brazil in the ACAP helped us to build up legal regulations and scientific research on issues relevant to the conservation of marine biodiversity. The Brazilian Institute of Biodiversity Conservation - ICMBio - has been implementing the National Plan of Action for the Conservation of Albatrosses and Petrels (Plano Nacional para a Conservação de Albatrozes e Petréis, PLANACAP, click here) the objective of coordinating actions for mitigation and reduction of the main threats for the conservation of these species.  This Plan is the main national management tool to implement ACAP guidelines and both of them are interdependent in order to ensure higher quality work and effectiveness of the actions.  ACAP is considered by articulators and collaborators of PLANACAP as an important instrument for the ongoing effort to qualify, finance and bring together all Brazilian and international governmental and non-governmental initiatives related to the conservation of these long-lived and unique ocean birds. At this point, I would to congratulate Patricia Serafini for her excellent work, especially in coordination of the PLANACAP, and Tatiana Neves, for her lifetime dedication to the conservation of albatrosses.  Both of them have an active and passionate role in ACAP.

There is no chance for us to succeed in the conservation of albatrosses and petrels without international coordination of activities.  The efforts we make in the feeding areas in Brazil will have a profound effect on the conservation efforts that the partner countries will have in the breeding areas. This coordination of activities is crucial if we are to reverse the drastic decline in some migratory populations of albatrosses and petrels, which unfortunately are one of the most endangered groups of seabirds in the world. Threats such as bycatch of these birds on longline fisheries, invasive alien species, diseases in the colonies where these birds breed in addition to other emerging issues such as ocean pollution, marine debris, especially the ingestion of plastic by seabirds, have also been addressed here under the Agreement, and the results of this work will benefit the conservation efforts of all countries present here today.

Finally, I wish you a pleasant stay and a productive week, and also thank you on behalf of the Ministry of the Environment for the wonderful work that you [are] developing at ACAP. 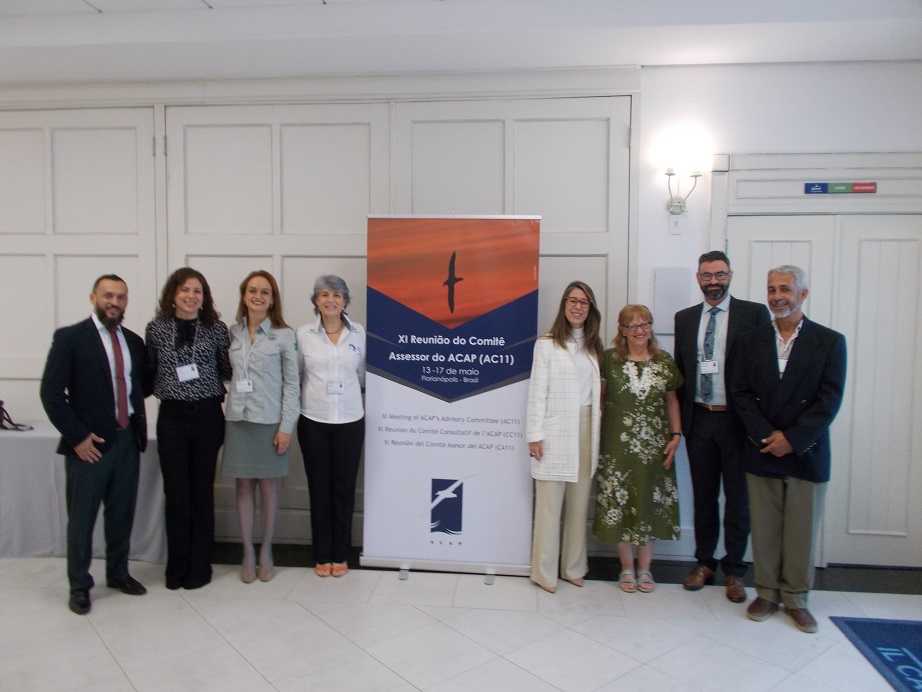 Delegates marked Ms Marini's address with a round of applause after which AC Chair Nathan Walker and Vice-chair Tatian Neves offered their own thanks.

Following a productive first day’s discussions, the meeting adjourned mid-afternoon to allow delegates to read working group reports preperatory to their presentation and discussion by the Advisory Committee.   A ‘folkloric’ event after some welcome cooling rain in the evening rounded off the day. 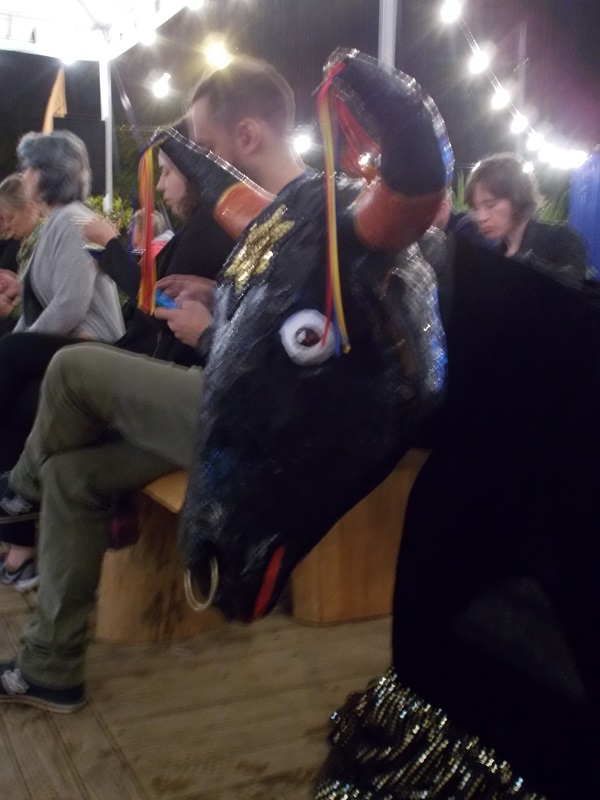 Scary?  A bull gives ACAP's Information Officer the eye at the evening's entertainment