UPDATED. The eradication of rodents on Australia’s Lord Howe Island has commenced

UPDATE:  Read of progress here.  "Some 28,000 bait stations were filled across farmed and residential areas starting 22 May, and helicopters will scatter baits over more forested and mountainous parts of the island as soon as weather permit[s]."

The Lord Howe Island Rodent Eradication Project aims to eradicate introduced Ship Rats Rattus rattus and House Mice Mus musculus from Australia’s World Heritage Lord Howe Island (14.55 km2), inter alia to help protect its breeding populations of burrowing petrels and shearwaters.  The one-off eradication will distribute a cereal-based bait pellet (Pestoff 20R) containing 0.02 g/kg (20 parts per million) of the toxin Brodifacoum over the island by helicopter drop, coupled with bait stations in inhabited areas, including in and around dwellings and other buildings in the settlement area, as well as set out in a 10-m grid in pasture land.  Following years of planning and some delays and postponements (click here) implementation of the eradication exercise has recently received final approval from the Lord Howe Island Board and is now targeted for the austral winter months of June to August this year. 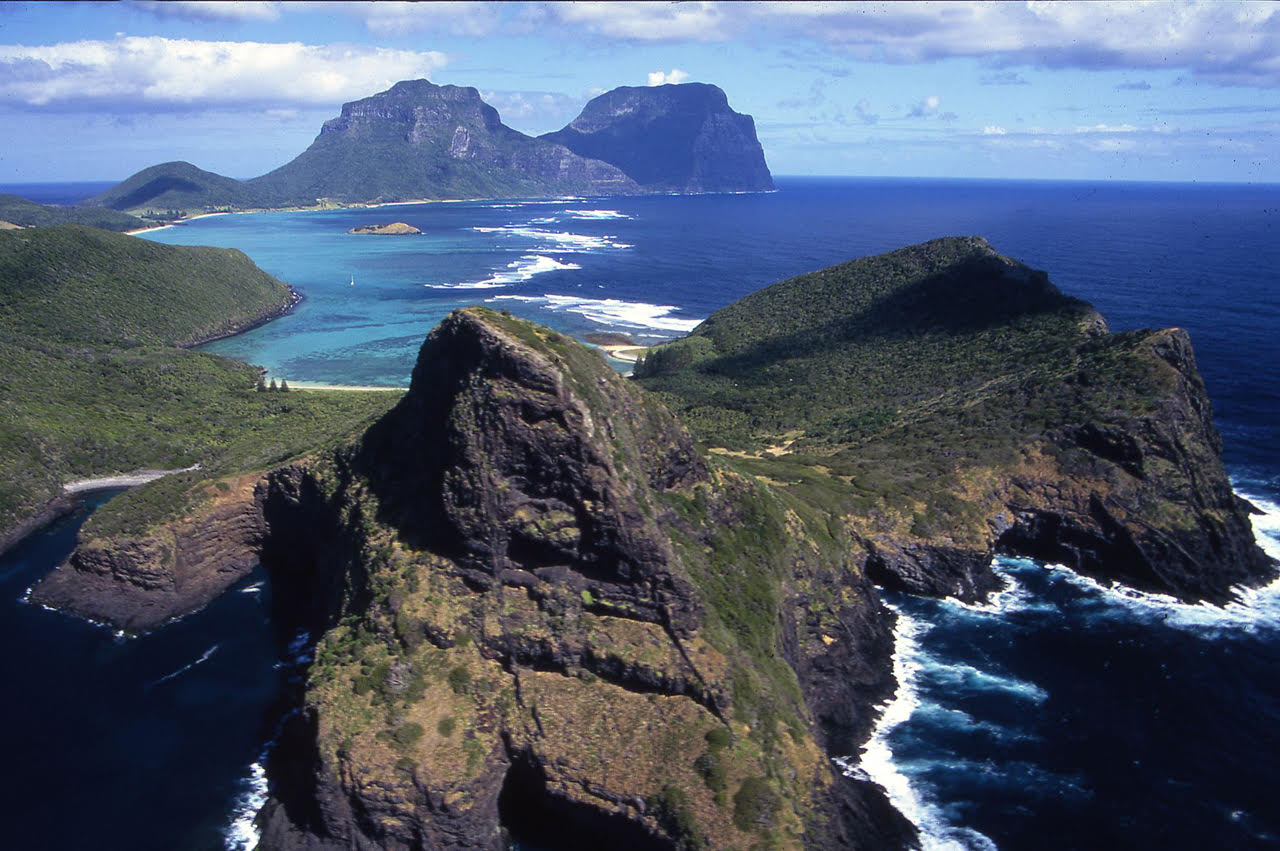 According to information received earlier this month by ACAP Latest News from island naturalist, Ian Hutton, activities have already commenced ashore: 50 personnel have deployed no less than 24 000 empty bait stations which arrived on the island in late April.  Poison bait will be added to the stations from 20 May.  Two helicopters for aerial baiting of the non-inhabited, mountainous parts and coastal cliffs of the island are on their way to the island from Hobart and are expected to arrive on the 14th.  Aerial baiting is set to commence as soon as weather conditions will allow from 1 June, with a repeat operation planned two weeks later. 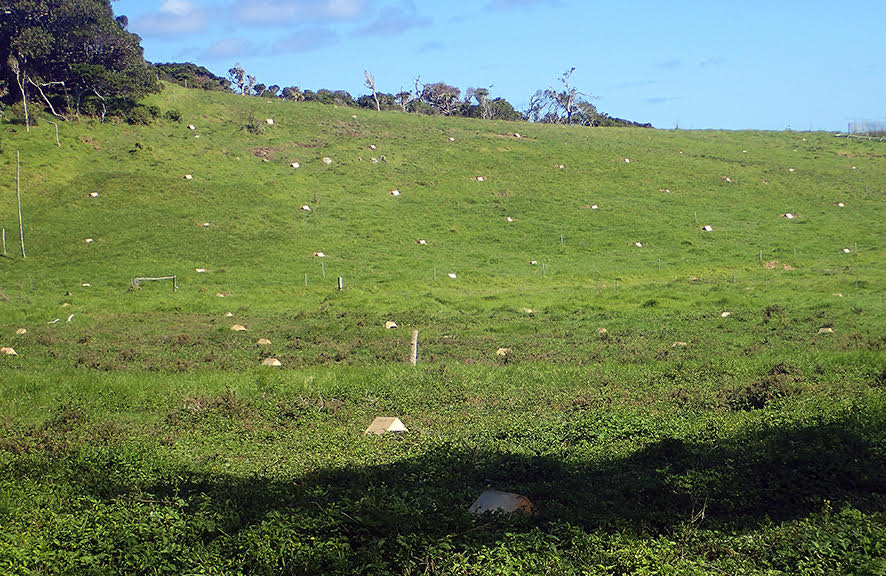 Get past that if you can: pasture land on Lord Howe Island with roofed rodent bait stations set out on a 10-m grid 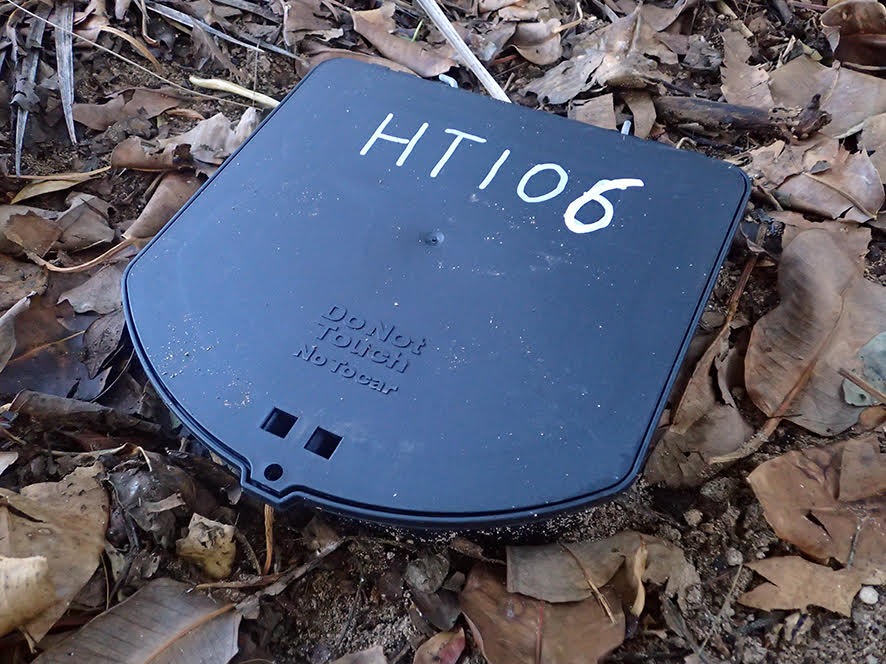 Large numbers of two species of land birds, the Lord Howe Pied Currawong Strepera graculina crissalis (120 caught), an island-endemic subspecies, and the endemic and Endangered Lord Howe Woodhen Hypotaenidia sylvestris (250), both determined to be at risk to non-target poisoning, are being taken into protective temporary housing on the island, following advice on rodent- and bait-proof enclosures and husbandry received from Sydney’s Taronga Zoo.  They will be released four months after the bait drop, when it is considered they will be no longer be at risk to poisoning.

Read recent news reports on the go-ahead here and here.

The above news was briefly mentioned under item 6.1. “Updates on management of land-based threats” at the Fifth Meeting of ACAP's Population and Conservation Status Working Group (PaCSWG5), that too place in Floreanópolis, Brazil on 9 and 10 May.

ACAP Latest News will report on the fortunes of the eradication attempt as further information comes to hand.

With thanks to Ian Hutton for information and photographs.