Twenty-five Black-footed Albatrosses Phoebastria nigripes (Near Threatened) chicks were translocated from Midway Atoll to within a predator-proof fence in the James Campbell National Wildlife Refuge on the Hawaiian island of Oahu on 16 February this year.  The downy chicks were taken from sites close to the sea’s edge, where they were considered at risk to storm surges and thus unlikely to survive to fledging.  The chicks are being  hand-fed on a special diet* until they fledge.  Following a short indoor period the chicks have now been moved out-of-doors, protected from "from the cold rain and scorching sun" by wooden A-frames, as described and illustrated on Pacific Rim Conservation's Facebook Page. 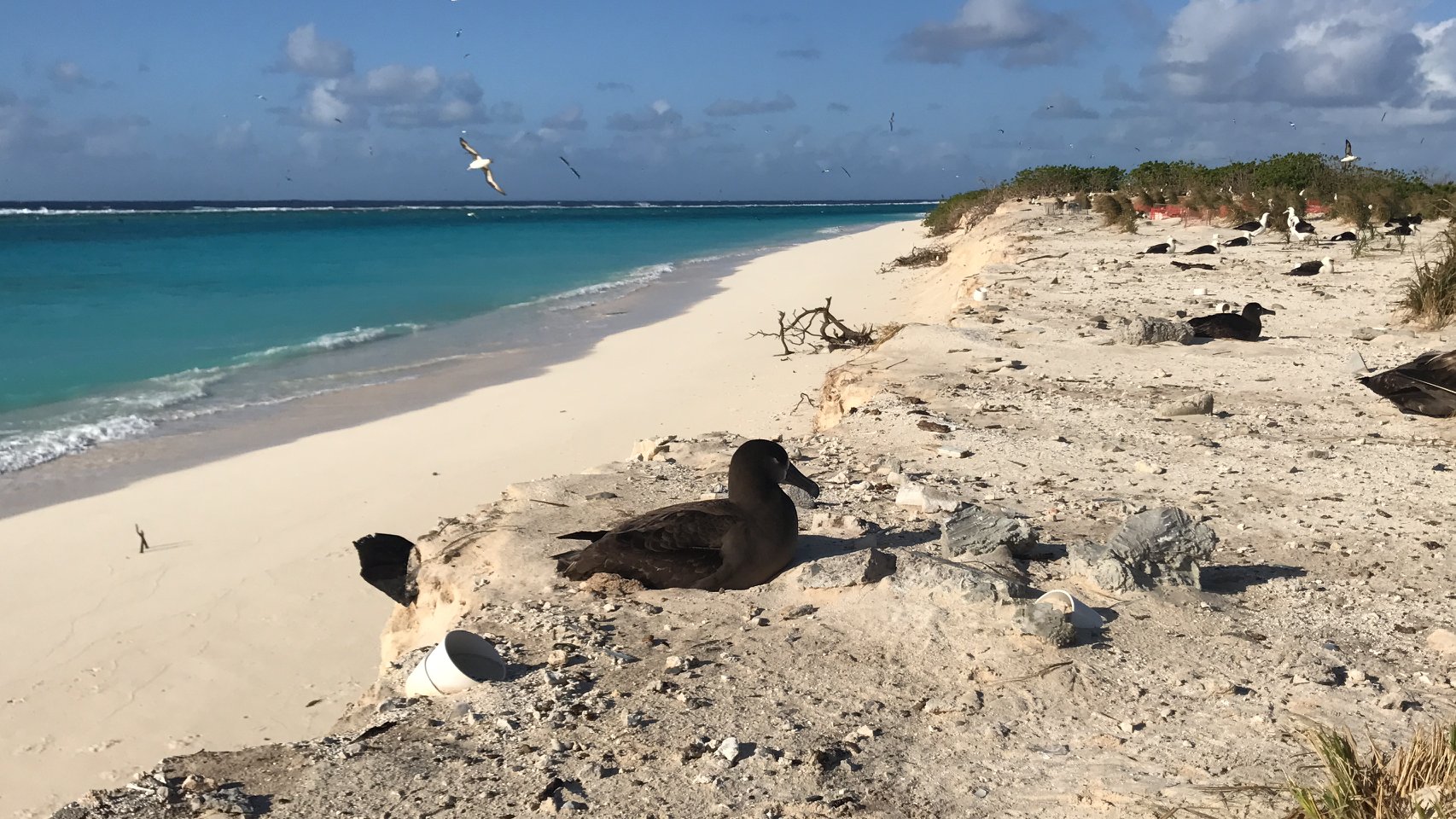 Too close: a Black-footed Albatross breeds near the sea edge on Midway Atoll, photograph from Pacific Rim Conservation 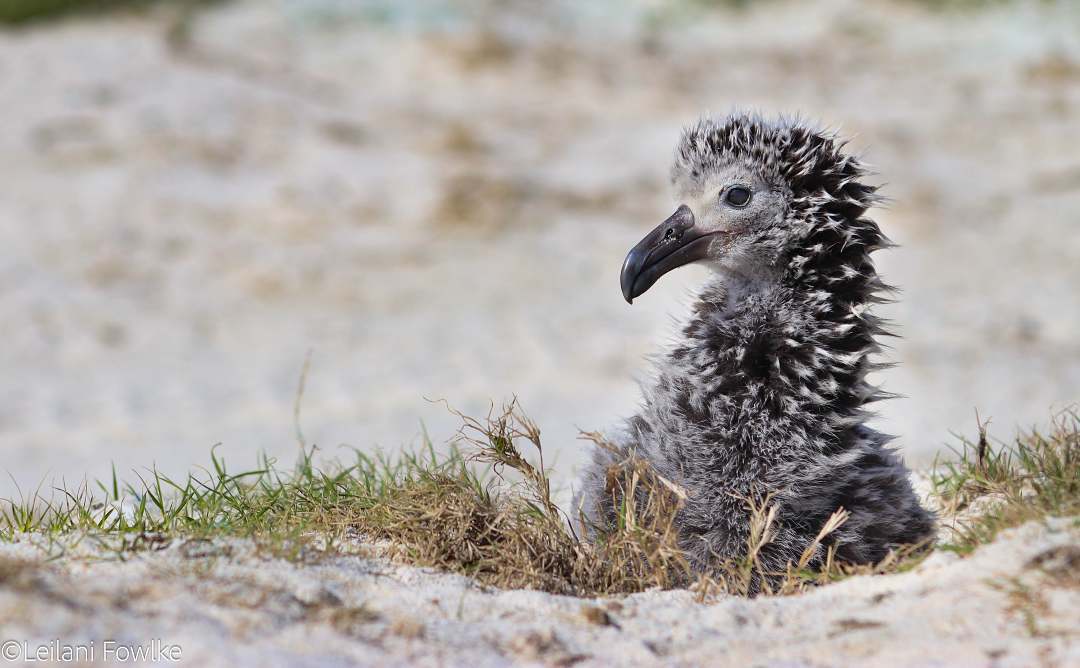 Earlier postings to ACAP Latest News describe the first two years of Black-footed translocations, with 15 chicks in 2017 and 25 in 2018; 36 of these fledged.  Watch a six-minute video describing the 2017 translocation hand-rearing Black-footed Albatrosses.

The effort to create a new Black-footed Albatross colony considered safe from sea-level rise is being undertaken by the NGO Pacific Rim Conservation in partnership with the US Fish & Wildlife Service.

An extract from Pacific Rim Conservation’s Annual Report for 2018 follows that summarises the goals and activities of the NGO’s seabird conservation programme:

“The goals of the No Net Loss initiative are twofold: 1) to protect as much seabird nesting habitat in the main islands as is being lost in the Northwestern Hawaiian Islands because of the effects of climate change; and 2) to establish new breeding colonies of seabird species that are safe from sea level rise and non-native predators. We do this by building predator exclusion fences, removing invasive predators, and then attracting or translocating birds into these protected areas.”