Last month Wildlife Management International Limited (WMIL) fitted satellite (GPS) tags weighing less than 15 g to 10 globally Near Threatened and Nationally Vulnerable Flesh-footed Shearwaters Ardenna carneipes chicks prior to their fledging from Ohinau Island, off North Island, New Zealand.  The tags transmit data to satellites which are downloaded in order for the fledglings’ progress to be tracked live as they migrate to the Northern Hemisphere.  The tags are fitted with solar panels stated to be able to transmit data for months and even for up to a year.  Each bird has been sponsored and named. 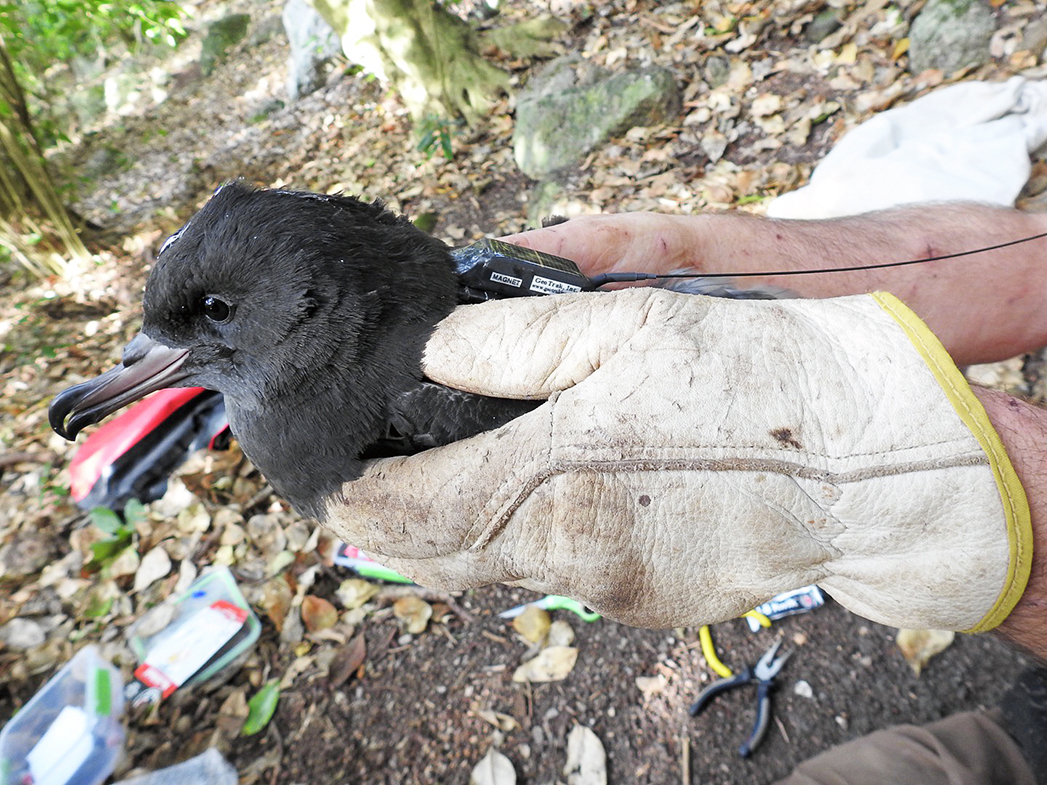 One of the 10 Flesh-footed Shearwaters with a back-mounted tracker.  This one has been named Fiona 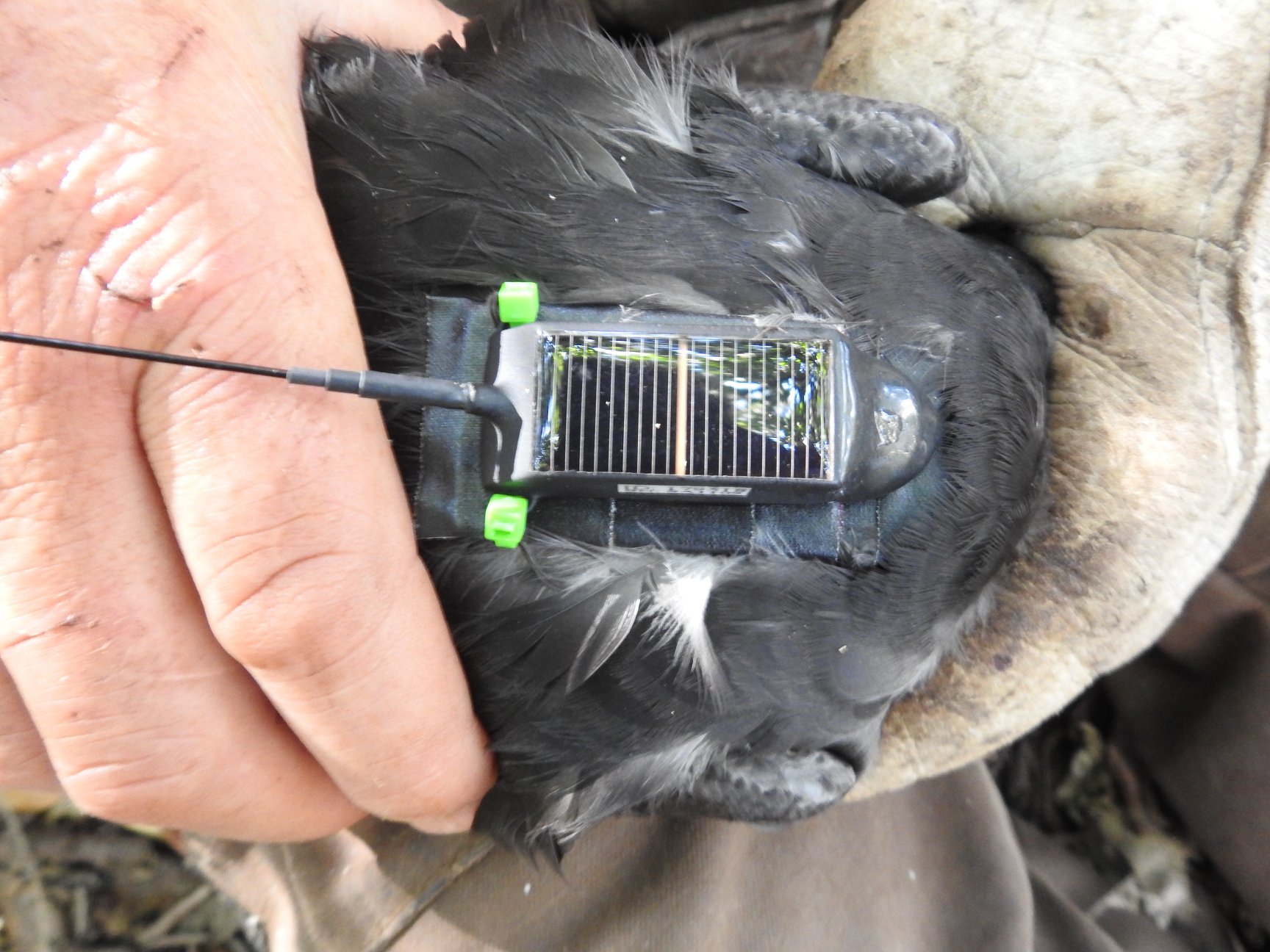 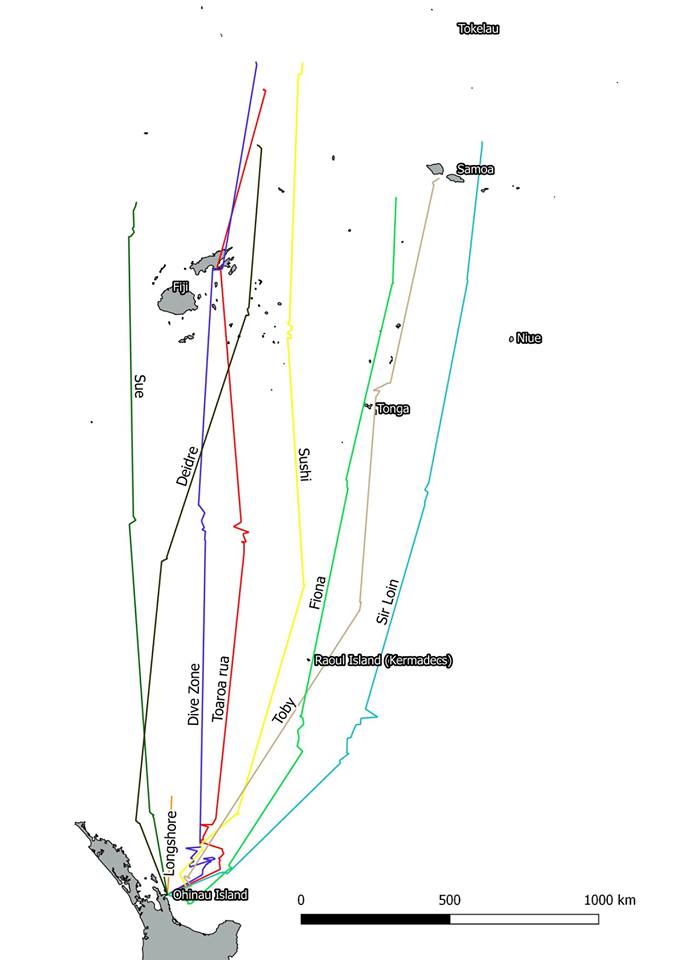 On their way north: early tracks of nine of the 10 Flesh-footed Shearwater fledglings

"Most of the flesh-footed shearwater chicks [n=8] are now 3000-4000 km N or NNE of Ohinau Island. Sushi is the furthest north and is currently sitting just less than 100 km below the equator. Previous tracking of adults using geolocators showed these birds crossed the equator before utilising the easterly trade winds to carry them towards Japan. Stay tuned to see if the chicks follow the same pattern!" 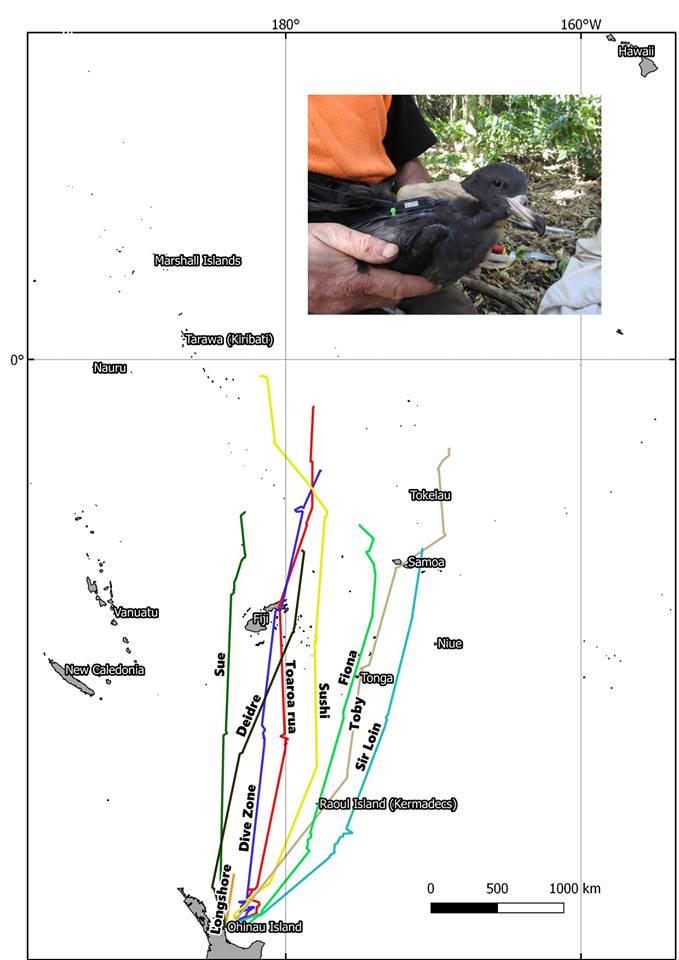 “The Summer field trips to Ohinau and Lady Alice Islands to study flesh-footed shearwaters have been completed. The team managed to check about 200 breeding burrows on each island while identifying and banding the partners in over 90% of these burrows. We will revisit both islands in April/May to check these same burrows again and determine the breeding success. This is all part of a long-term study to learn more about the breeding biology of flesh-footed shearwaters in New Zealand.”

Read more on the research in the The Mercury Bay Informer and on WMIL’s Facebook Page.