Maria Dias (BirdLife International, David Attenborough Building, Cambridge, UK) and colleagues have published in the journal Biological Conservation on using seabirds tracked at sea in the South Atlantic to identify “priority sites for marine conservation”.  Four of the six globally threatened species breeding in the Tristan-Gough islands that are included in the study are listed within ACAP.  These are the Critically Endangered Tristan Diomedea dabbenena, Endangered Sooty Phoebetria fusca, Endangered Yellow-nosed Thalassarche chlororhynchos Albatrosses and the Vulnerable Spectacled Petrel Procellaria conspicillata.

“The Convention on Biological Diversity aspires to designate 10% of the global oceans as Marine Protected Areas (MPAs), but so far, few MPAs protect pelagic species in the high seas. Transparent scientific approaches are needed to ensure that these encompass areas with high biodiversity value. Here we used the distribution of all globally threatened seabirds breeding in a centrally located archipelago (Tristan da Cunha) to provide guidance on where MPAs could be established in the South Atlantic Ocean. We combined year-round tracking data from six species, and used the systematic conservation-planning tool, ‘Zonation’, to delineate areas that would protect the largest proportion of each population. The areas used most intensively varied among species and seasons. Combining the sites used by all six species suggested that the most important areas of the South Atlantic are located south of South Africa, around the central South Atlantic between 30°S and 55°S, and near South America. We estimated that the longline fishing effort in these intensively used areas is around 11 million hooks on average each year, highlighting the need for improved monitoring of seabird bycatch rates and the enforcement of compliance with bird bycatch mitigation requirements by fisheries. There was no overlap between the identified areas and any of the existing MPAs in the South Atlantic. The conservation of these highly mobile, pelagic species cannot be achieved by single countries, but requires a multi-national approach at an ocean-basin scale, such as an agreement for the conservation of biodiversity beyond national jurisdiction under the United Nation Convention on the Law of the Sea.” 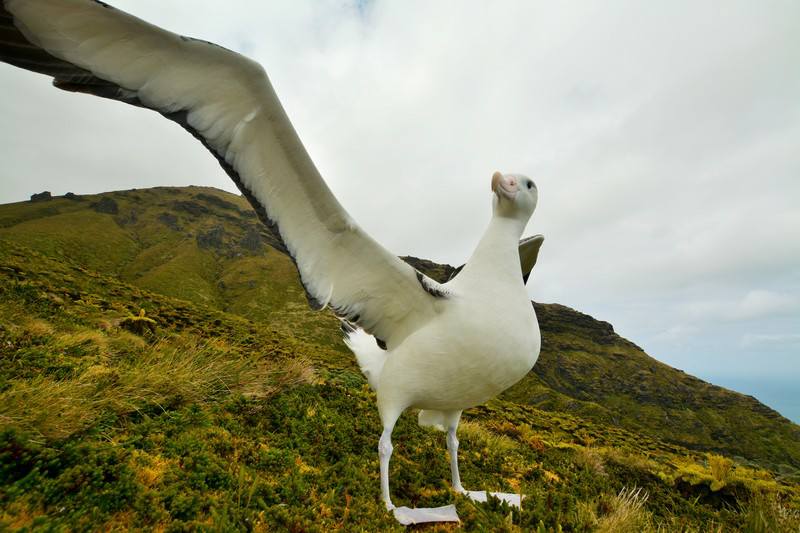