The orphaned Laysan Albatross Phoebastria immutabilis egg that survived its incubating parent being killed as a result of a night-time human intrusion late last month at Kaena Point on the Hawaiian island of Oahu (click here) has now been placed in the care of a second foster pair after being found cold and abandoned for a second time, but still alive.  The second foster pair’s own egg had stopped developing, making them available to take over the orphaned egg. 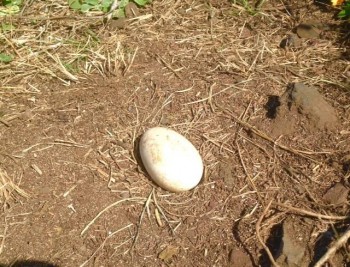 The orphaned egg deserted by its first foster parents 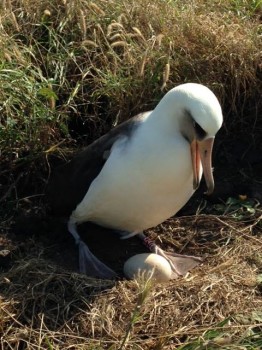 The orphaned egg with its first foster parent

The first Kaena Point eggs have started hatching and it is hoped the fostered egg will hatch soon.

The police inquiry into the albatross killing continues, apparently with some progress (click here)