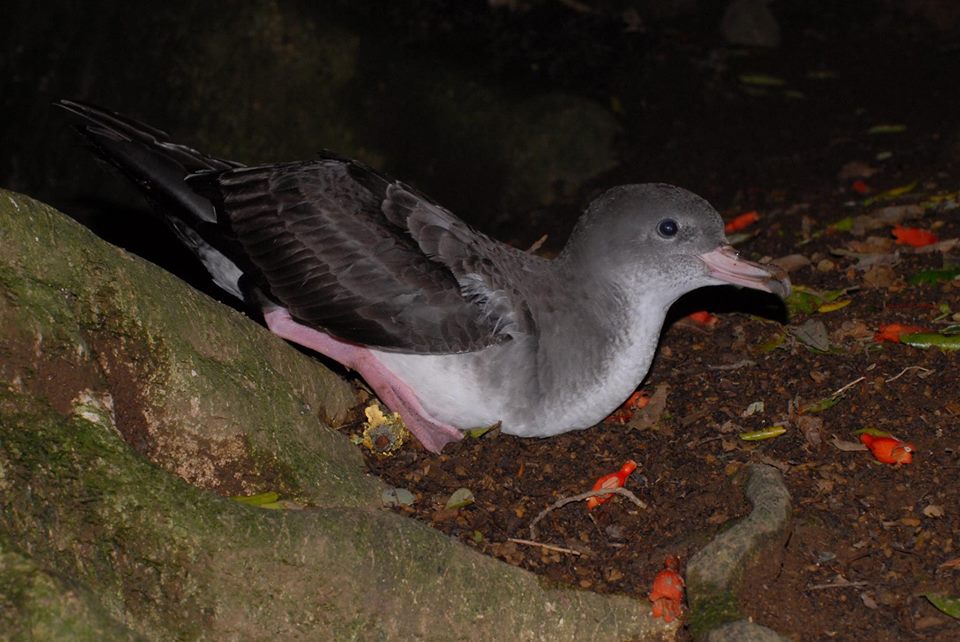 At a virtual session last week of Chile’s Council of Ministers for Sustainability led by Environment Minister Carolina Schmidt, the Recovery, Conservation and Management (Recuperación, Conservación y Gestión; RECOGE) Plan for the globally Vulnerable and ACAP-listed Pink-footed Shearwater Ardenna creatopus was approved.  The shearwater is endemic to Chile, breeding only on Santa Clara and Robinson Crusoe Islands in the Juan Fernández Archipelago and on Mocha Island in the Biobío Region.  It is a trans-equatorial migrant reaching Canadian waters outside its breeding season.

“Overexploitation of fishery resources, marine pollution, bycatch, invasive alien species and even light pollution are some of the threats that the Pink-footed Shearwater and other seabirds must face," says Verónica López, project manager at the NGO Oikonos and in charge of leading the plan to conserve the bird.

“The approved RECOGE plan is an administrative and management instrument that allows us to recover, conserve and manage species that have been classified by the Wildlife Classification Regulations of the Ministry of the Environment for their degree of threat.  These plans seek to ensure that conservation processes are undertaken in a participatory manner and that they coordinate the actions of the State, also integrating the vision of the private sector into a common objective” says Charif Tala, Head of the Departamento de Conservación de Especies (Department of Conservation of Species) of the Ministerio del Medio Ambiente (Ministry of the Environment).

The plan for the Pink-footed Shearwater is the first of its kind produced by a non-governmental organization in Chile and consolidates several years of work by Oikonos, along with institutions of the state and the communities of Mocha Island and the Juan Fernández Archipelago. “We have worked for more than six years involving different actors to coordinate specific and concrete measures that allow us to face the threats of this species through an instrument of the State" says Verónica López.  The plan combines efforts to deal with both land and sea threats.  It “has an important marine component, where we have worked to reduce the threats of bycatch in fisheries targeting anchovy and sardine, which are the main food of the shearwater” says Veronica.

“The approval of this plan marks a milestone in efforts to conserve not only the Pink-footed Shearwater, but also the marine and terrestrial environments which it inhabits.  The plan also marks the beginning of a joint work phase with local communities and public and private institutions to seek funding for its implementation.”

Adapted from a Spanish text by Héctor Gutiérrez Guzmán.