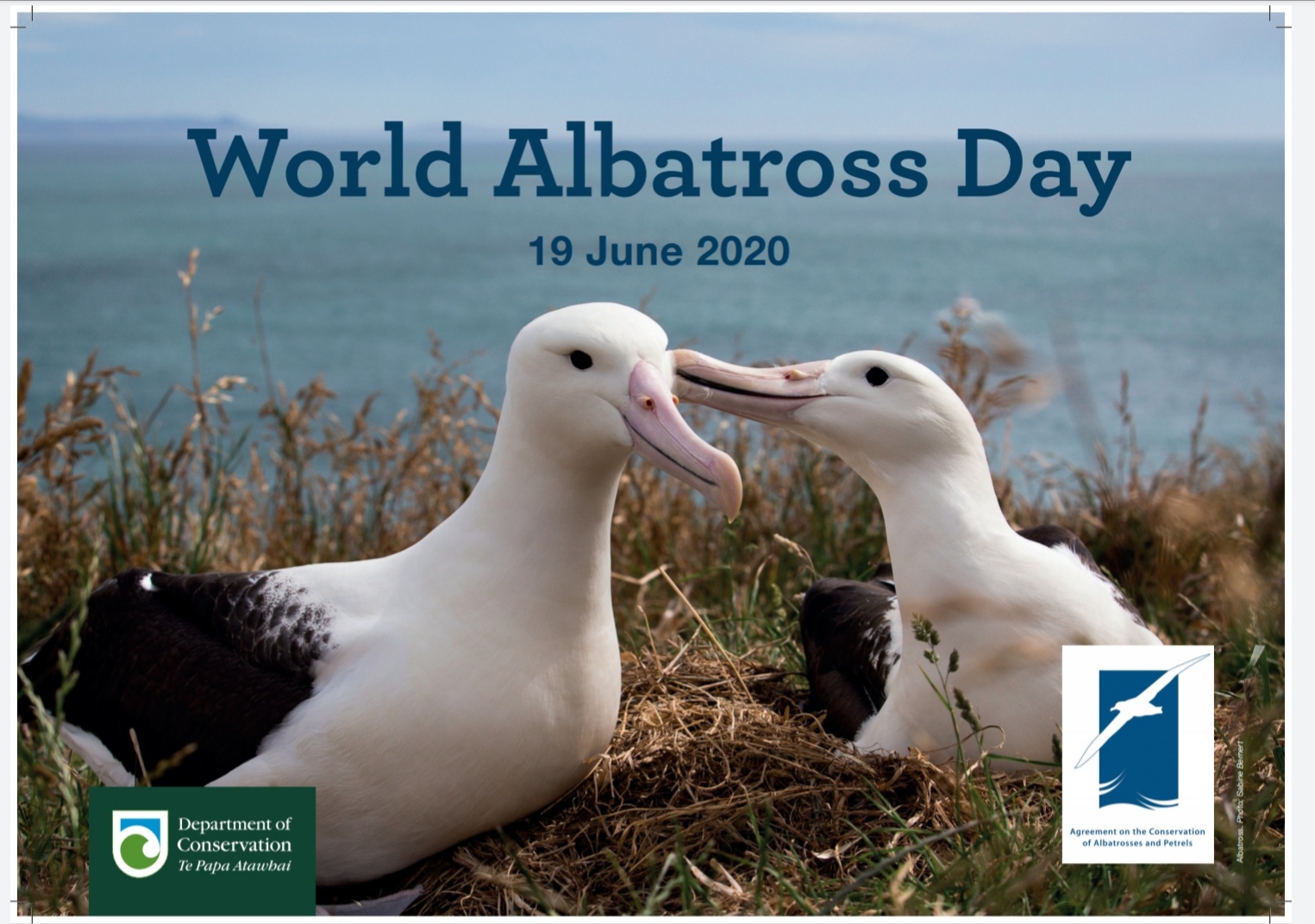 As part of its efforts to raise awareness of this year’s inaugural World Albatross Day on 19 June, ACAP Latest News contacted New Zealand’s Department of Conservation (DOC) which manages the Northern Royal Albatross colony on South Island’s Pukekura/Taiaroa Head with a request to join in the ‘WAD2020 Banner Challenge’ by making and photographing a suitably-worded banner in the field.

Pukekura/Taiaroa Head is the only locality on New Zealand’s mainland where albatrosses breed.  The carefully managed population of globally Endangered and nationally Naturally Uncommon Northern Royal Albatrosses Diomedea sanfordi can, under normal conditions, be viewed through large one-way glass windows in the visitor’s observatory run by the Royal Albatross Centre of the Otago Peninsula Trust.  However, movement restrictions and social-distancing requirements due to the COVID-19 pandemic have resulted in the centre being closed and has thus thwarted DOC’s plan to display and photograph a banner with a breeding albatross within the frame.

No problem for Kiwi ingenuity, as DOC Biodiversity Ranger, Sharyn Broni, who ordinarily works closely with the birds, regularly weighing the chicks and supplementary-feeding those deemed underweight, has come up with the first virtual WAD2020 banner.  In sending in her ‘banner’ Sharyn has commented:

“The Northern Royal Albatross has only four breeding sites in the entire world and they spend 85% of their time away from these sites circumnavigating the Southern Ocean searching for food.  Here at the mainland site of Pukekura/Taiaroa Head, New Zealand we manage a 250+ population but it is up to humanity to look after the world's oceans and fish stocks.” 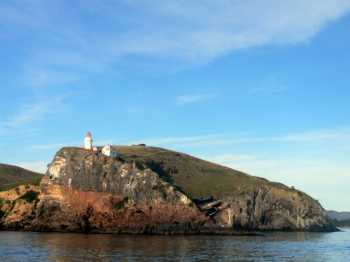 A view of Pukekura/Taiaroa Head from the sea, photograph by Junichi Sugishita

A live-streaming ‘royalcam’ operated by DOC in conjunction with the USA’s Cornell Lab of Ornithology allows on-line visitors to view a breeding pair of albatrosses on a 24-hour basis in both COVID-19 and ‘normal’ times.

With thanks to Sharyn Broni, Wildlife Ranger, Taiaroa Head, Department of Conservation