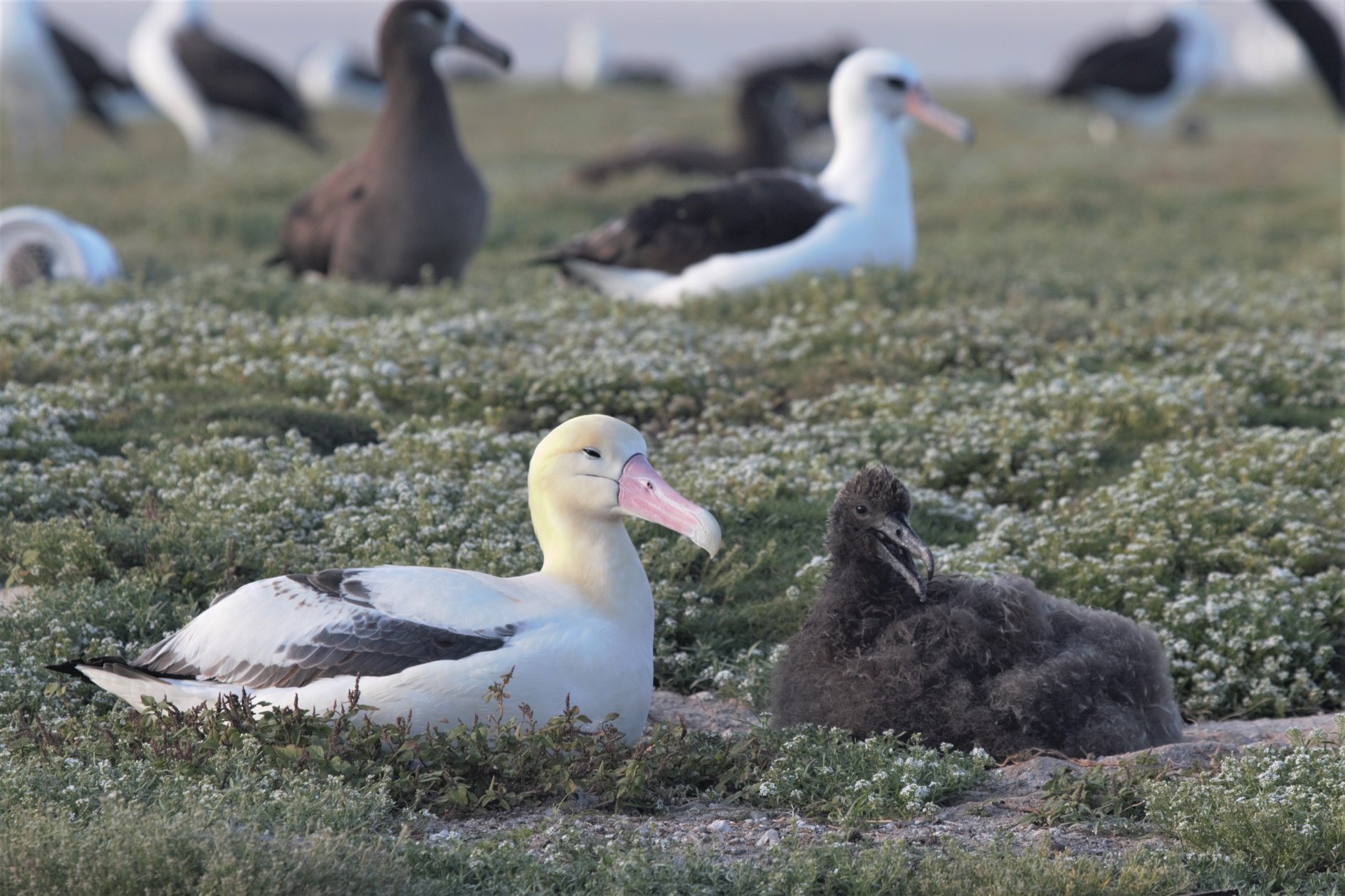 "On March 2nd, George came to feed its youngster, and spent more time with it".  Photograph by J. Plissner

The latest chick of  George and Geraldine on Midway Atoll is growing apace.  The latest news from the Friends of Midway Atoll National Wildlife Refuge (FOMA) is that the sole pair of globally Vulnerable Short-tailed Albatrosses Phoebastria albatrus breeding on the Atoll’s Sand Island are doing well feeding their latest chick, which hatched out on 02 January, from an egg laid on 28 October.

“The two-month-old Short-tailed Albatross chick has tripled in size and is nearly the size of the nearby adult Laysan and Black-footed Albatrosses”.

A remote camera has revealed that the chick is being fed by both parents, named affectionately George and Geraldine, but that the times between feeding visits vary considerably.  “Parents may alternate between long and short foraging trips to feed themselves and their youngster.  As the chick grows and is better able to protect itself from the hot, salty and windy conditions, the intervals between feeding become longer up until the time the chick can fly.” 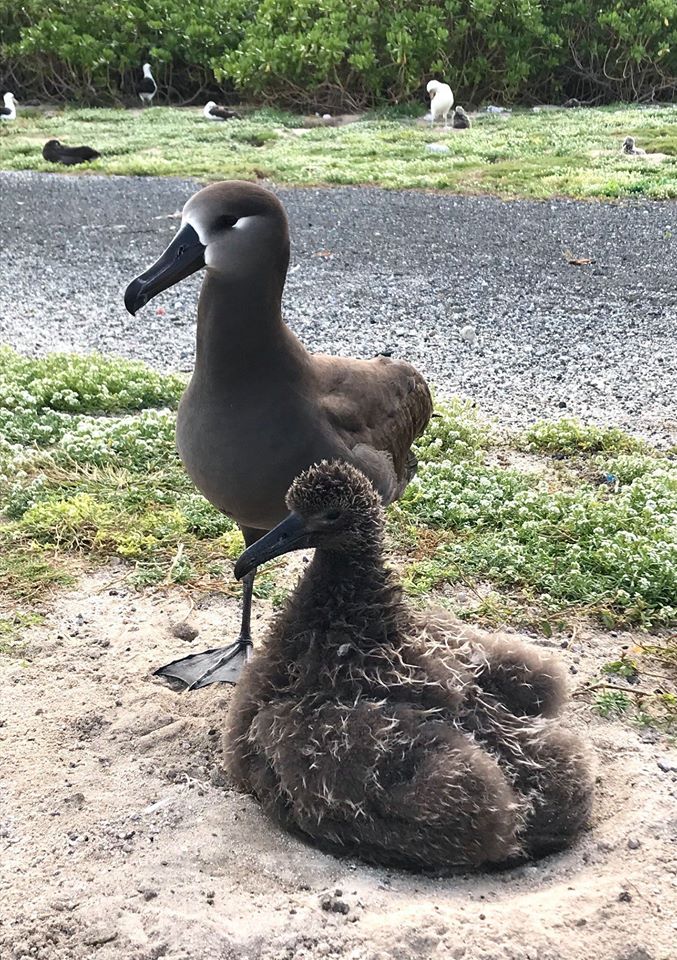 Midway Atoll 's other well-known albatross  pair, 69-something Wisdom and mate Akeakamai, the Laysan Albatrosses P. immutabilis, are taking a 'gap year', having not laid an egg this season (click here).