“There is growing interest in the consistency of individual differences in animal behavior as it relates to life history traits and fitness. Despite the relatively large number of studies investigating repeatable behaviors, studies have only recently investigated repeatability in foraging or migratory behaviors, and this has seldom been explored between years. We examined the individual consistency in foraging behavior of the Grey Petrel Procellaria cinerea, a pelagic long-distance migrant. We analyzed how foraging, activity, and migratory patterns were repeatable across different seasons. We used tracking data to monitor the migratory movements and behavior of individuals during the non-breeding period over five years. Despite the small sample size, we found that there was a relatively high individual consistency in wintering strategies across years, with birds displaying high fidelity to their non-breeding destinations during consecutive years. Activity parameters, date of departure of inward migration, duration of migration, and duration spent in non-breeding areas were repeatable as well. The duration of the non-breeding period was the most repeatable, reflecting consistent departure times and, to a lesser extent, consistent arrival times. A high overall repeatability was seen in the timing of the return migration. With respect to sex, males tended to be more consistent in their migration strategy (i.e., timing of migration, time spent in non-breeding areas) than females. Although conditions during the Holocene have generally been stable in the Southern Ocean, species lacking variability in migratory traits are probably at a considerable disadvantage in terms of their capacity to respond to the rapid environment changes currently underway. 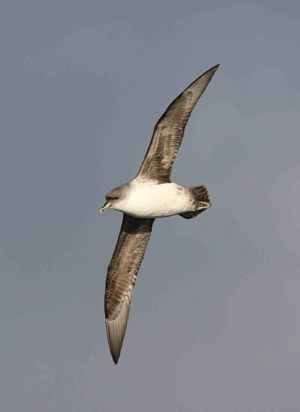