Two Black-footed Albatrosses Phoebastria nigripes are being seen regularly within the Kaena Point Natural Area Reserve on the Hawaiian island of Kauai, according to a Facebook posting by the NGO Pacific Rim Conservation which monitors breeding Laysan Albatrosses P. immutabilis within the reserve. 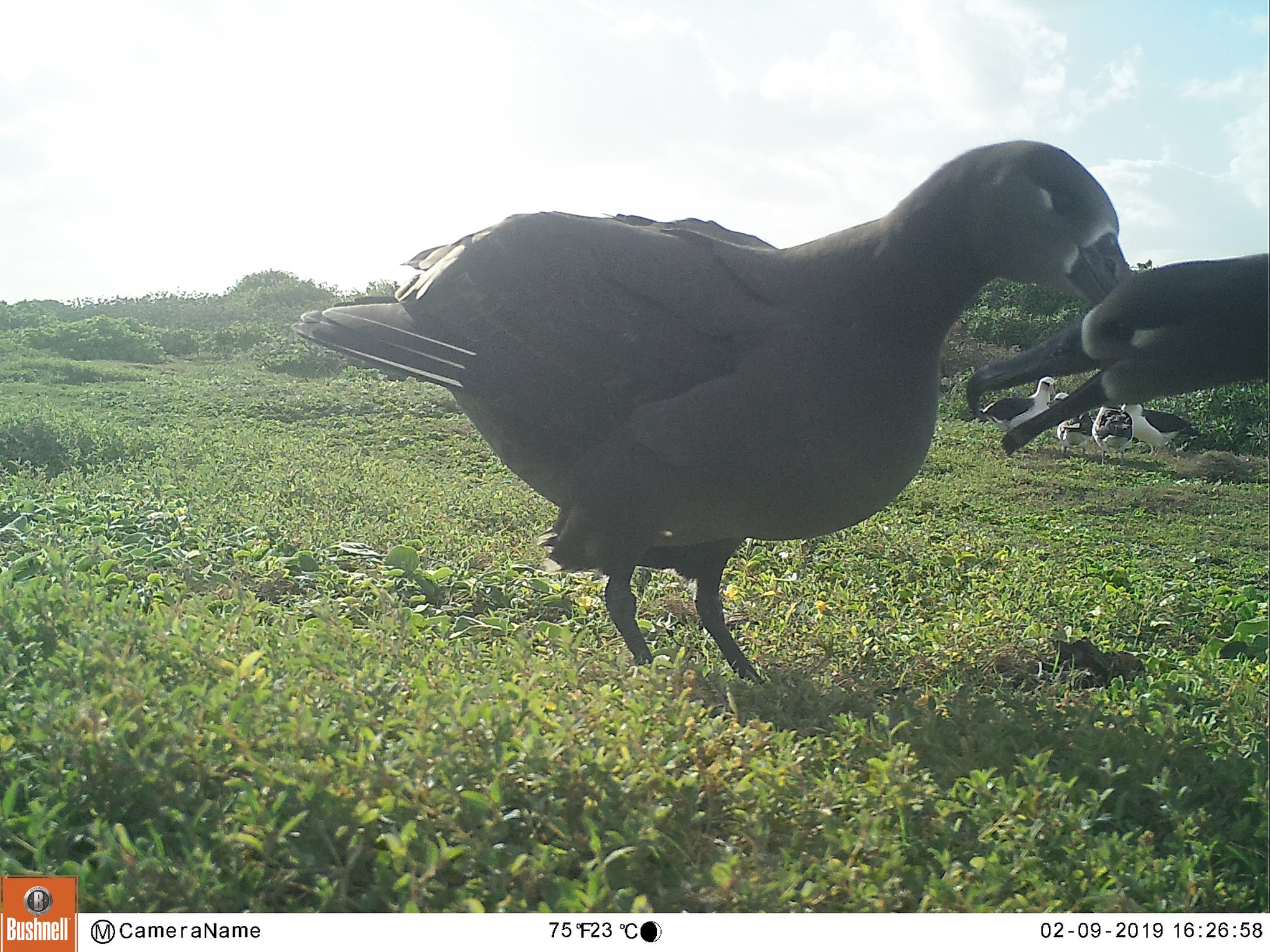 Because the majority of Black-footed Albatrosses breeds on low-lying atolls, the establishment of a breeding colony at Kaena Point, protected from predicted sea level rise by its altitude, would add to the efforts being made to establish another colony on Oahu, by hand-rearing translocated Back-footed Albatross chicks in the James Campbell Wildlife Refuge (click here). This project, also operated by Pacific Rim Conservation, is now in its third year (click here).