A grand day out! Translocating Laysan Albatross eggs on Kauai for another season

Hands-on conservation of globally Near Threatened Laysan Albatrosses or mōlī Phoebastria immutabilis is continuing on the Hawaiian island of Kauai.

Recently, 16 fertile mōlī eggs were removed from incubating birds breeding within the Pacific Missile Range Facility, Barking Sands (PMRF) and given to birds deemed to have infertile eggs breeding elsewhere on the island on private properties along the north shore.

Fertility was first checked by “candling” the eggs in the field and then exchanges were made “in less than 30 seconds”. 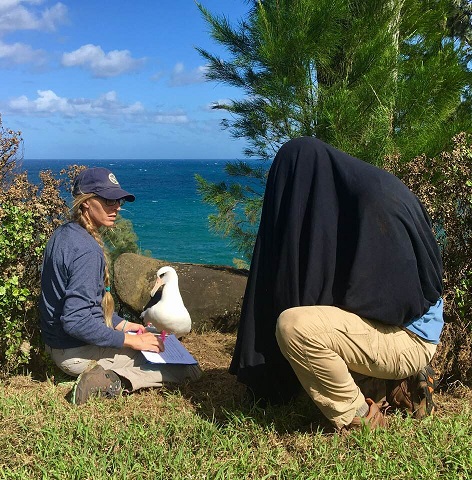 The black cloth acts as “a portable darkroom where he can shine a flashlight into the egg.  A fertile egg will have an embryo and a “spider” of blood vessels.”

The PMRF eggs are removed as part of an effort to reduce recruitment to the locality to reduce the chances of bird strikes with aeroplanes.  The eggs are often given to female-female pairs whose own eggs are usually infertile.

Read ACAP Latest News postings about the translocation efforts on Kauai over past years. 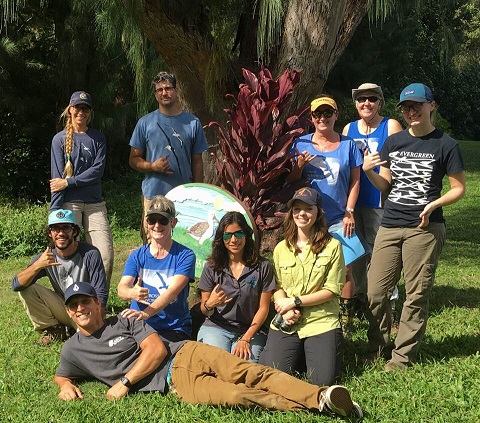 The 2018 translocation team. The Hawaiian Shaka hand gesture is used as a greeting gesture or to express thanks

With thanks to Hob Osterlund, Kaua’i Albatross Network.