Populations of ACAP-listed Wandering Diomedea exulans, Black-browed Thalassarche melanophris and Grey-headed T. chrysostoma Albatrosses breeding at South Georgia (Islas Georgias del Sur)* are in decline as set out in a publication this month in the journal Polar Biology (click here).

The main cause for these declines has been attributed to incidental mortality associated with fisheries operating outside of the island’s maritime zone.  As a result of these declines the three albatrosses on the island have been designated as ‘Priority Populations’ by ACAP.

Conservation Action Plans for the three albatrosses have now been produced “to serve as a framework to guide, in an informed, prioritised and co-ordinated manner, actions required to improve the conservation status of [the islands’] albatross populations”.  A summary plan of the high priority actions is also available (click here).

Several high priority actions which are needed to invoke a step-change in the conservation fortunes of these populations have been identified which include conducting a detailed analysis of the overlap between birds and fisheries to identify highest risk fleets, areas and seasons. This work is scheduled to be conducted in collaboration with the Royal Society for the Protection of Birds. 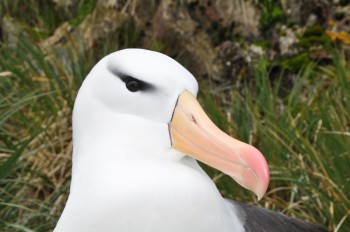 With thanks to Jennifer Lee and Anton Wolfaardt.