The Fifth Session of the Meeting of the Parties to ACAP in 2015 approved the Advisory Committee Work Programme for the period 2016 to 2018 which inter alia recommended that “priority actions be taken to advance implementation of line weighting in pelagic longline fisheries”.  The Seventh Meeting of ACAP’s Seabird Bycatch Working Group held last year in Chile considered independent research undertaken at the Australian Maritime College (AMC) of the University of Tasmania concerning the relative safety of branch line weighting specifications in pelagic longline fisheries.

The AMC research conducted in 2016 indicated that the incidence of fly-backs and safety consequences were strongly influenced by the type of weights used and their distance from the hook.  The Working Group recommended extending the research to include using 80-g weights (which were not available at the time of the trials) and to test hook tear-outs (where the branch line is not cut).  The Ninth Meeting of the Advisory Committee held immediately afterwards incorporated the Working Group’s recommendations into its updated work programme.

Last year the 13 Parties to the Albatross and Petrel Agreement authorised the ACAP Secretariat to be the recipient of a fund-raising effort by Abercrombie and Kent Philanthropy to support Stage 2 of the fly-back trials that will be conducted at the Australian Maritime College this year.  Abercrombie & Kent is a tourism company that undertakes expeditions in the Antarctic, Arctic and in other remote areas.  It established Abercrombie and Kent Philanthropy to support various projects around the World.

“Creating ambassadors amongst young people is vital for sensitive species and for remote ecosystems such as sub-Antarctic islands in the Southern Ocean.  Such is the aim of the Young Explorers Science Enhancement Programme run by Abercrombie & Kent Philanthropy aboard the m.v. Le Lyrial during the holiday season on their family Antarctica voyages.”

Motivated by their sightings of albatrosses at sea and by the onboard Young Explorers programme, the children aboard a recent voyage decided to paint water colours of the birds they had seen.  A ‘silent auction’ of the paintings was then held among the passengers with the proceeds being donated to ACAP. 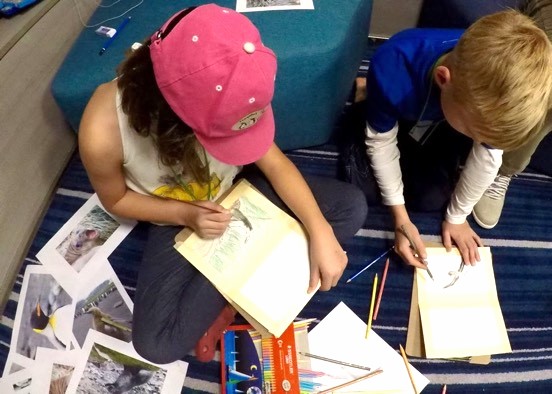 Young Explorers hard at work drawing albatrosses for the auction 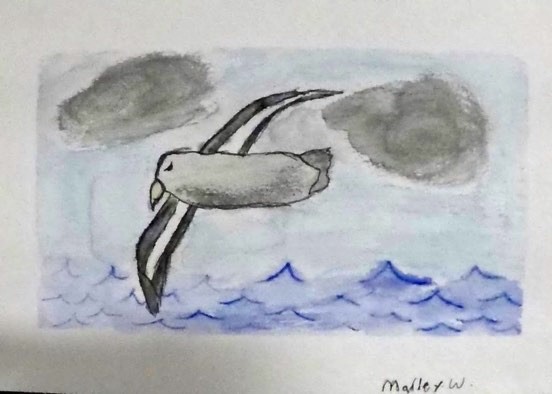 Abercrombie and Kent Philanthropy reports “The children were delighted with the response and proudly announced they had raised 860 Euros for the cause.  This is fantastic evidence of the power of enabling our future generations with first-hand experience and knowledge.”

Abercrombie & Kent Philanthropy has previously supported the development of an underwater bait setter, and also a hook-shielding device (the ‘hook-pod’) which has recently been adopted as an ACAP best-practice mitigation measure for use in pelagic longline fisheries.

Voluntary contributions may be accepted under Regulation 7.2 of the ACAP Financial Regulations, subject to agreement by the Meeting of the Parties that the purposes of the contribution are consistent with the policies, aims and activities of the Agreement.

ACAP expresses it thanks to the participating children and to Abercrombie and Kent Philanthropy and the A&K staff aboard Le Lyrial for their support.

McCormack, E & Rawlinson, N. 2016. The relative safety of the Agreement on the Conservation of Albatrosses and Petrels (ACAP) recommended minimum specifications for the weighting of branchlines during simulated fly-backs [summary only].  SBWG7 Doc 08.  4 pp.