The Inter-American Tropical Tuna Commission (IATTC) will hold its 90th Meeting in La Jolla, California, USA at the end of this month.  ACAP’s Executive Secretary, Marco Favero will be attending to follow and contribute to discussions on a proposal from the United States to amend Resolution C-11-02 to Mitigate the Impact on Seabirds of Fishing for Species covered by the IATTC.

The proposal aims to replace the existing “two-column” approach to selecting mitigation measures to be utilized by longline vessels to one in line with the Western and Central Pacific Fisheries Commission (WCPFC) measure CMM 2015-03 to be adopted on 01 January 2017 in replacement of CMM 2012-07.  It proposes that in “Southern Areas” (south of 30°S) at least two of the following three mitigation methods, line weighting, night setting, and bird-scaring lines, be used simultaneously to be “generally consistent with current advice from the Agreement on the Conservation of Albatrosses and Petrels (ACAP) regarding seabird mitigation techniques”.

Adoption of the US proposal by the IATTC will lead to an increase in consistency in required seabird mitigation measures across the southern Pacific Ocean. 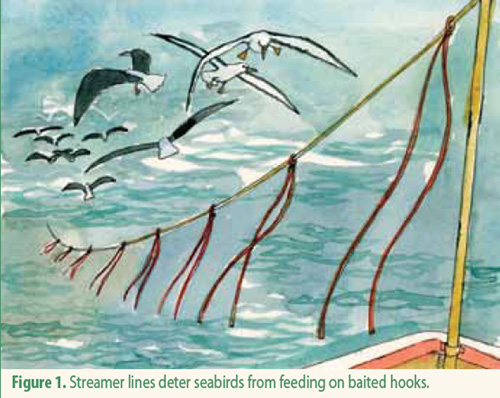