Where do hybrid Balearic and Yelkouan Shearwaters breeding on Menorca go to at sea?

“Patterns of behavioural variation and migratory connectivity are important characteristics of populations, particularly at the edges of species distributions, where processes involved in influencing evolutionary trajectories, such as divergence, mutual persistence, and natural hybridization, can occur. Here, we focused on two closely related seabird species that breed in the Mediterranean: Balearic shearwaters (Puffinus mauretanicus) and Yelkouan shearwaters (Puffinus yelkouan). Genetic and phenotypic evidence of hybridization between the two species on Menorca (the eastern and westernmost island in the breeding ranges of the two shearwaters, respectively) has provided important insights into relationships between these recently diverged species. Nevertheless, levels of behavioural and ecological differentiation amongst these populations remain largely unknown. Using geolocation and stable isotopes, we compared the at-sea movement behaviour of birds from the Menorcan ‘hybrid’ population with the nearest neighbouring populations of Balearic and Yelkouan shearwaters. The Menorcan population displayed a suite of behavioural features intermediate to those seen in the two species (including migration strategies, breeding season movements and limited data on phenology). Our findings provide new evidence to support suggestions that the Menorcan population is admixed, and indicate a role of non-breeding behaviours in the evolutionary trajectories of Puffinus shearwaters in the Mediterranean.” 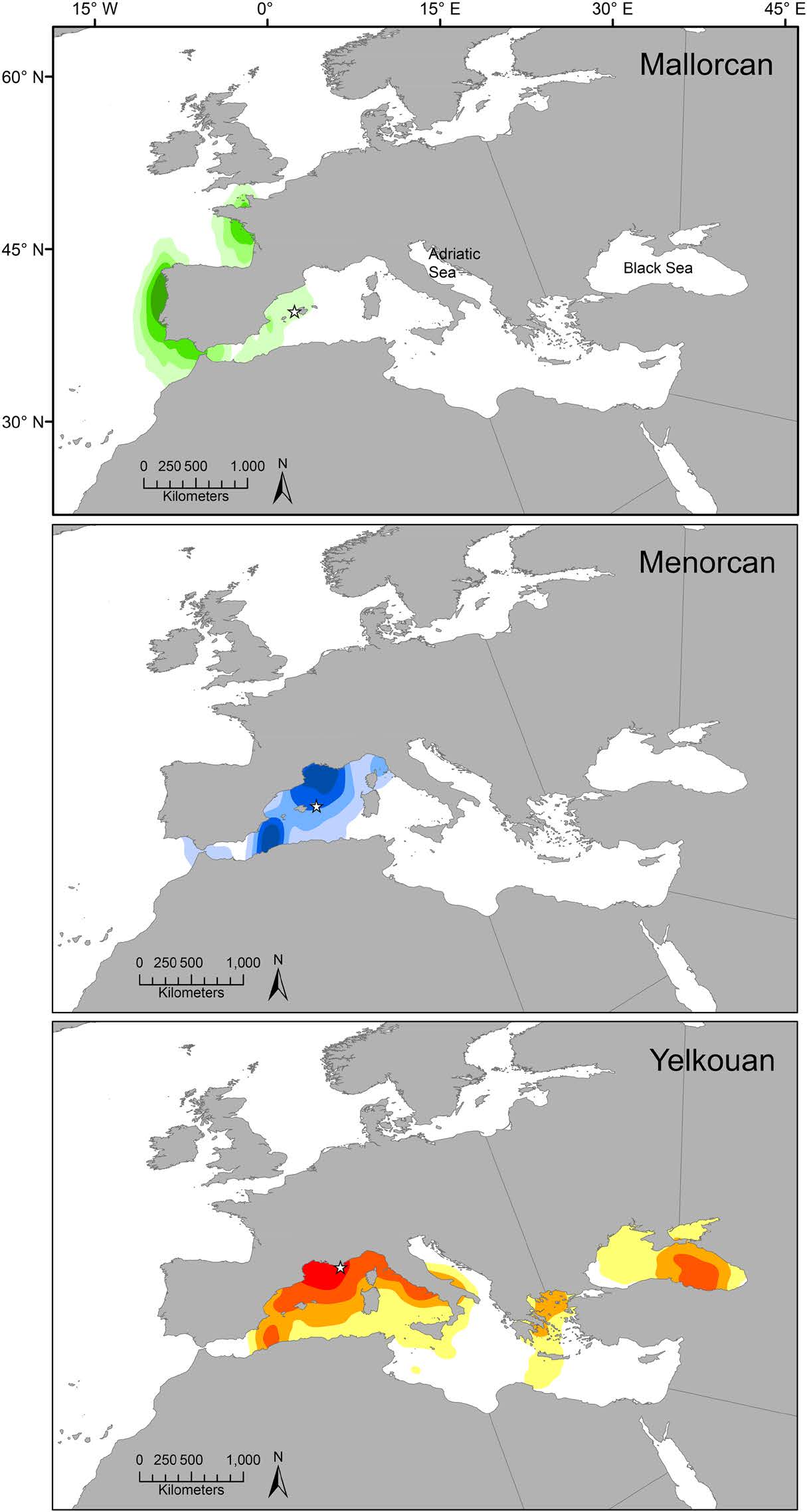 Comparison of the non-breeding at-sea distributions of Mallorcan (Balearic), Menorcan (hybrid) and Yelkouan Shearwater populations – from the publication