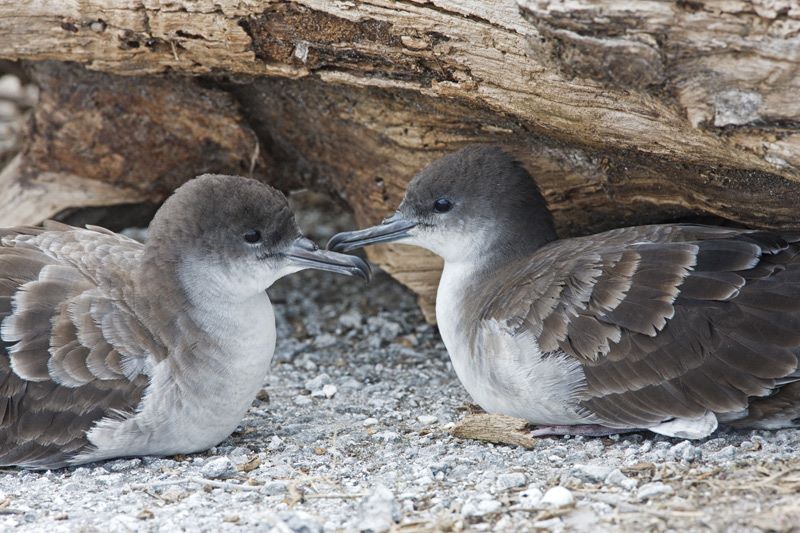 Andreas Ravache (Aix-Marseille Université, Nouméa, New Caledonia, France) and colleagues have published in the Journal of Experimental Marine Biology and Ecology on why Wedge-tailed Shearwaters Ardenna pacifica decrease their activity at breeding  colonies around the time of the full moon.  The authors postulate decreased activity may be due to higher foraging efficiency of seabirds around during that period, rather than predator avoidance.

“Lunar phase and illumination are known to affect nocturnal behavior of many organisms, particularly through predator-prey interactions.  Visual predators can benefit from higher light levels to increase their activity, while prey may decrease their activity to avoid predation. The lower number of nocturnal seabirds observed on colonies during full moon nights has been mostly interpreted as a predation avoidance strategy.  However, it is also possible that shearwaters take advantage of the moon's illumination to feed also at night, and stay at sea to forage during full moon nights.  We used miniaturized GPS-loggers to obtain 179 tracks from 99 wedge-tailed shearwaters breeding in New Caledonia, to investigate moonlight effects on individual behavior.  Lunar phase significantly predicted self-provisioning trip duration, with individuals performing longer trips around the full moon.  However, this relationship was not significant during chick-provisioning trips when adults have to frequently return to the colony.  Adults mostly returned to the colony during moonlit periods, refuting the predation avoidance theory.  Tracked individuals showed an unexpectedly high amount of nocturnal foraging activity (28% of total activity), positively influenced by the presence of the moon. δ15N stable isotope values were significantly related to the percentage of nocturnal foraging, but with a weak relationship, impeding our ability to confirm that wedge-tailed shearwaters fed on different prey when foraging at night.  This study suggests that reduced colony attendance around the full moon may be linked to greater at-sea foraging opportunities in distant oceanic areas than to increased predation risk on land.”