Seabird watchers on a ‘pelagic’ trip by Pauletta Charters out of Eaglehawk Neck, Tasmania, Australia  on 5 May 2019 observed a banded great albatross Diomedea sp. at sea at 43° 10'S, 148° 16'E over 650 fathoms (1200 m) of water on the continental shelf edge.  The bird was photographed flying and on the water close to the vessel.  Examination of photographs after the trip allowed enough of the metal band number and lettering to be read, confirming it to be a South African (SAFRING) band no. J-26967. 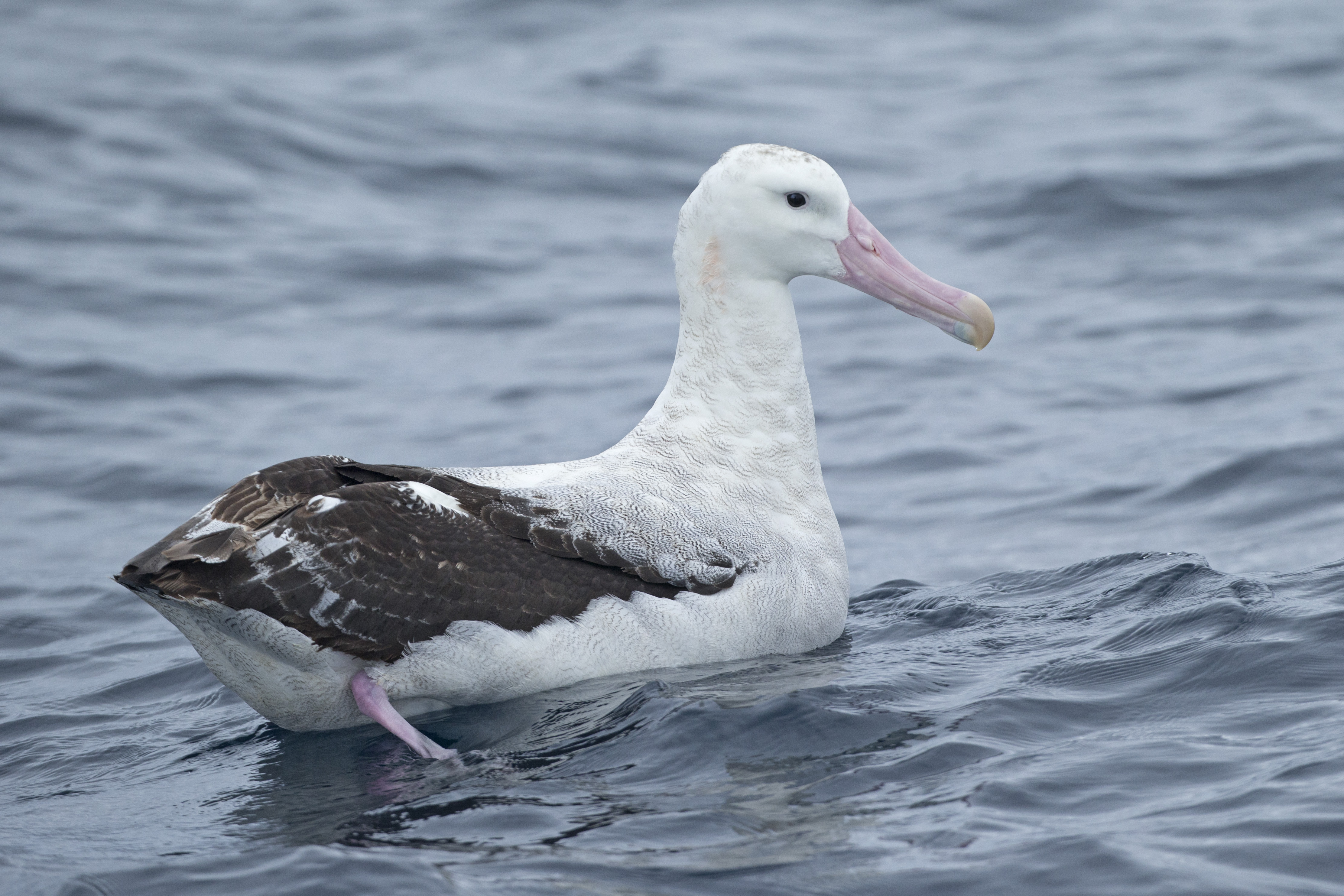 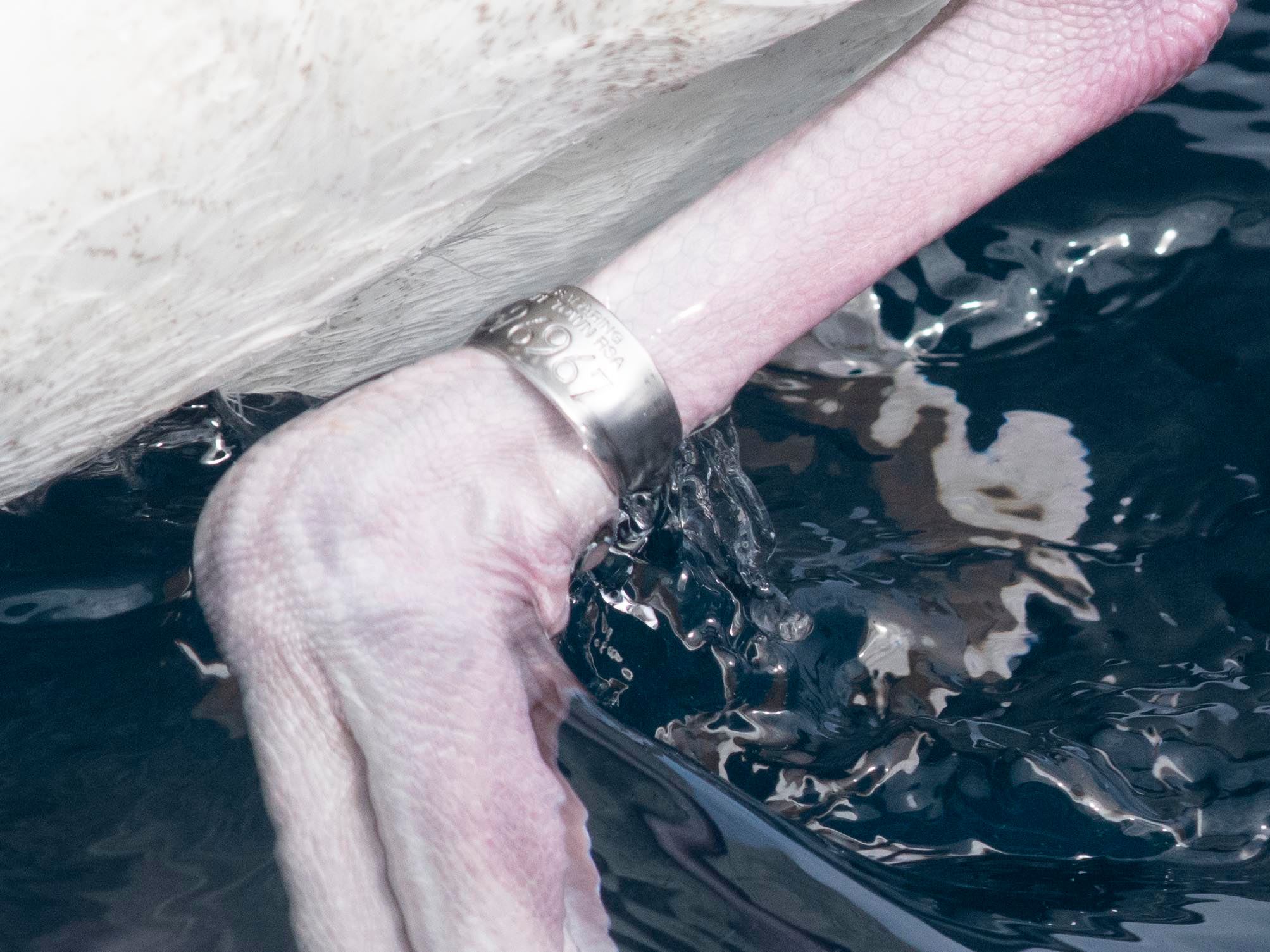 Enough of the band is visible to deduce the bird's identity, photograph by Tim Bawden

SAFRING has confirmed that J-26967 was banded as a globally Vulnerable Wandering Albatross D. exulans chick on 23 July 2016 on Marion Island, two years and nine and a half months previously.  The Eaglehawk photos show the metal band was on the left leg, which is normal practice for chicks at Marion Island.  It had no colour band on its right leg; alphanumeric colour bands are only added to Marion Wanderers when they recruit to the breeding population and then only to birds in long-term study colonies.

The photograph of the bird in flight below allows an assessment of its wing moult.  Only the three outer primaries show signs of replacement, along with some median and lesser coverts, as well as the tertial greater coverts.  The secondaries and inner and middle primaries are all of the same age with no signs of moult.  This suggests the bird is a three-year old juvenile, which accords with the banding information.  Based on its notably large bill, it is thought likely to be a male.

Pauletta Charters’ trips out of Eaglehawk Neck operate under the banner of BirdLife Australia.

With thanks to Tim Bawden, Rohan Clarke and Peter Ryan for information, photographs and opinions on moult.