Up and down: trends in Southern Giant Petrels at Harmony Point, Nelson Island, Antarctica

“In several parts of Antarctica, the information on the size of seabird populations is outdated by decades. Considering the environmental changes taking place at the Antarctic Peninsula, up-to-date information is urgently required. In this study, the breeding population of southern giant petrel (Macronectes giganteus) at Harmony Point, Nelson Island, was counted and mapped during incubation. The total number of active nests was 481, distributed mostly in small dispersed groups (< 30 nests); one single colony presented > 100 nests. Nests were distributed throughout the whole area. Current colony distribution was similar to the ones reported previously. The current number of nests is similar to those reported since 2005, and also for early counts in the 1965 and 1989s. However, current numbers were almost half of those counted in the 1997. The apparent increases in the number of southern giant petrels by 1997 was attributed to prohibiting tourism visits to the area (giant petrels are sensitive to human disturbance), but causes of the following decrease are unknown. This highlights the need for updated information in order to understand which factors are responsible for trends in Antarctic seabird populations.” 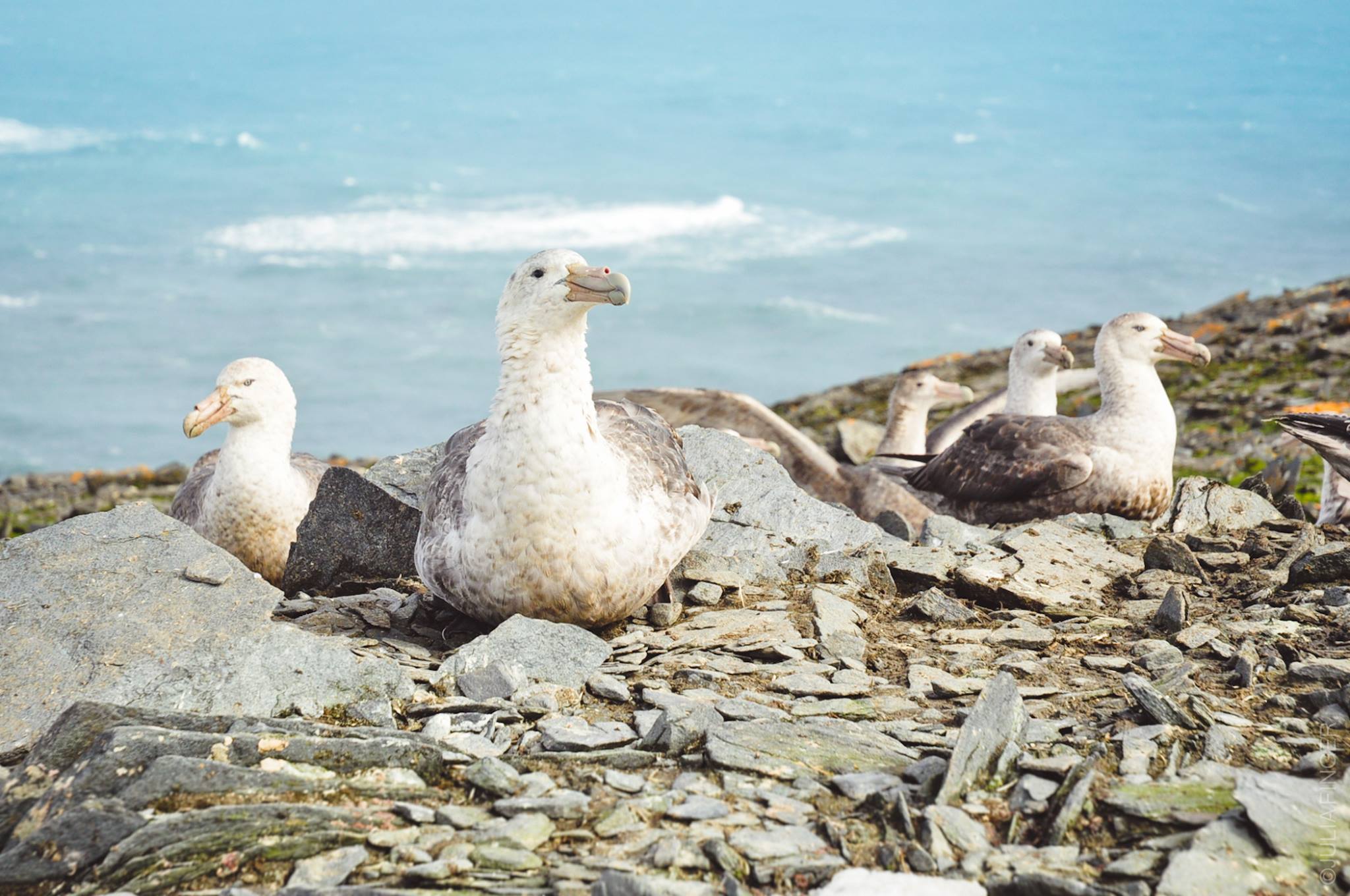