Gonies, Mollies, Peeoos and Ringeyes all get surveyed on Inaccessible Island

Inaccessible Island, one of the United Kingdom’s Tristan da Cunha islands, is part of a World Heritage Site in the South Atlantic.  Uninhabited and hard to land on – hence its name – it is rarely visited by marine ornithologists.  Supporting four ACAP-listed species and free of introduced mammals it is an important seabird island.

The most recent survey, the fourth by the FitzPatrick Institute, has recently taken place, with 75 days spent ashore from mid-September to late November. Overall, the island’s seabird populations appear healthy, with increases in some of those surveyed, as summarized below for the ACAP-listed species.

Two chicks of this Critically Endangered species were seen on the island for the first time since 1988, confirming that the island’s tiny relict population of just a handful of pairs continues to survive – in some years no chicks have been recorded. 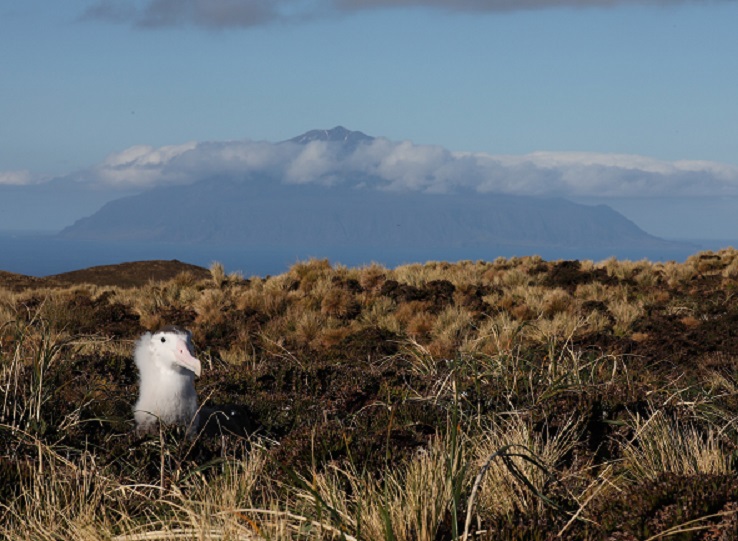 One of the two Tristan Albatross chicks on Inaccessible Island in summer 2018/19.  The main island of Tristan da Cunha towers in the background 31 km away

Numbers of both of these globally threatened species in monitoring areas were higher than in 2004 or 2009.  A total of 22 GPS-loggers was deployed on Atlantic Yellow-nosed Albatrosses (Endangered) to compare with tracking data from birds tagged on nearby Nightingale Island in the same season by Richard Phillips of the British Antarctic Survey.  Twenty of the loggers were recovered before the team left the island, of which 18 were successfully downloaded.

The Vulnerable Spectacled Petrel population, an Inaccessible Island breeding endemic, continues to increase, with ongoing range extensions recorded in the east of the island.  A new count approach using random transects, implemented with assistance from Tristan Conservation Department staff, suggests there may be as many as 30 000 occupied burrows on the island, considerably higher than the last estimate of 15 000 pairs in 2009, continuing the roughly 7% per year growth estimated since the 1930s.

As scientific papers emerge from this year’s surveys of the four ACAP species they will be featured in ACAP Latest News. 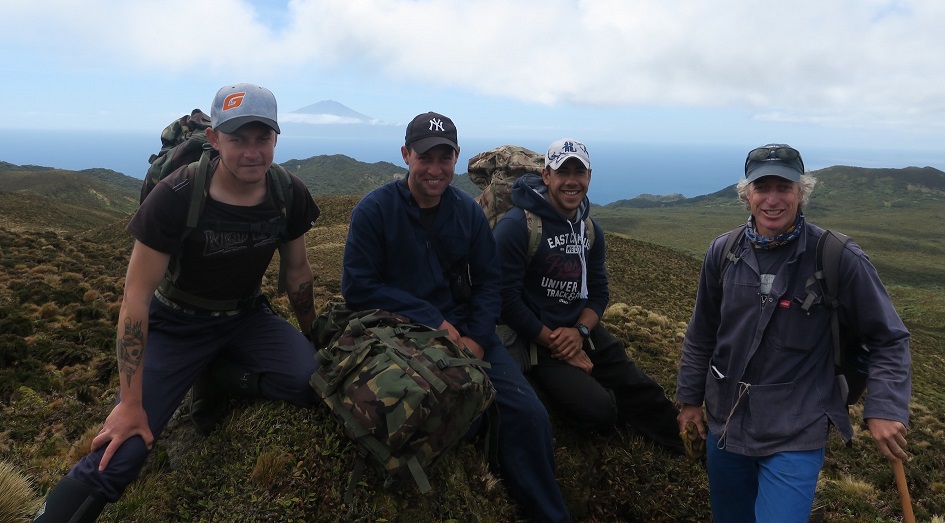