In 2017 a translocated Laysan Albatross Phoebastria immutabilis chick being hand-reared on the Hawaiian island of Oahu by Pacific Rim Conservation that was unable to fly due to a “wing issue” was sent last month to the Monterey Bay Aquarium in California.  There the bird, named Alika (“protector” or “guardian” in Hawaiian), joined Makana, another Laysan Albatross in captivity that had been transferred from Hawaiian Kauai Island in 2006 after being permanently injured in the wing as a chick. 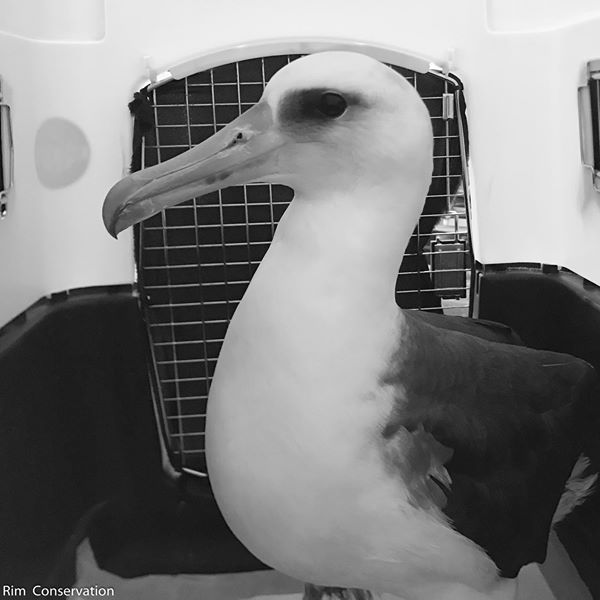 Alika inside her transfer cage for a flight across the Pacific Ocean by Hawaiian Airlines, photograph by Pacific Rim Conservation 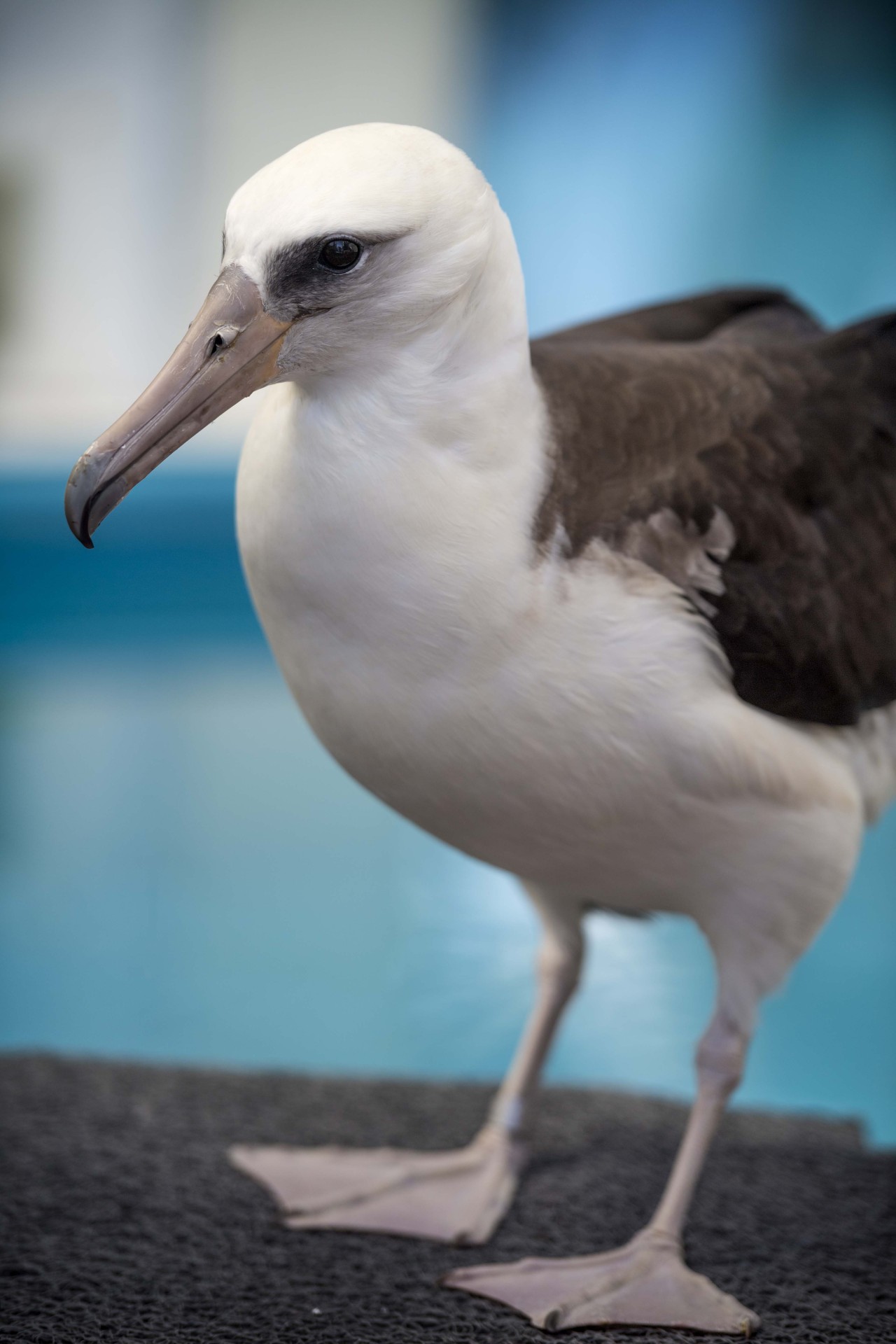 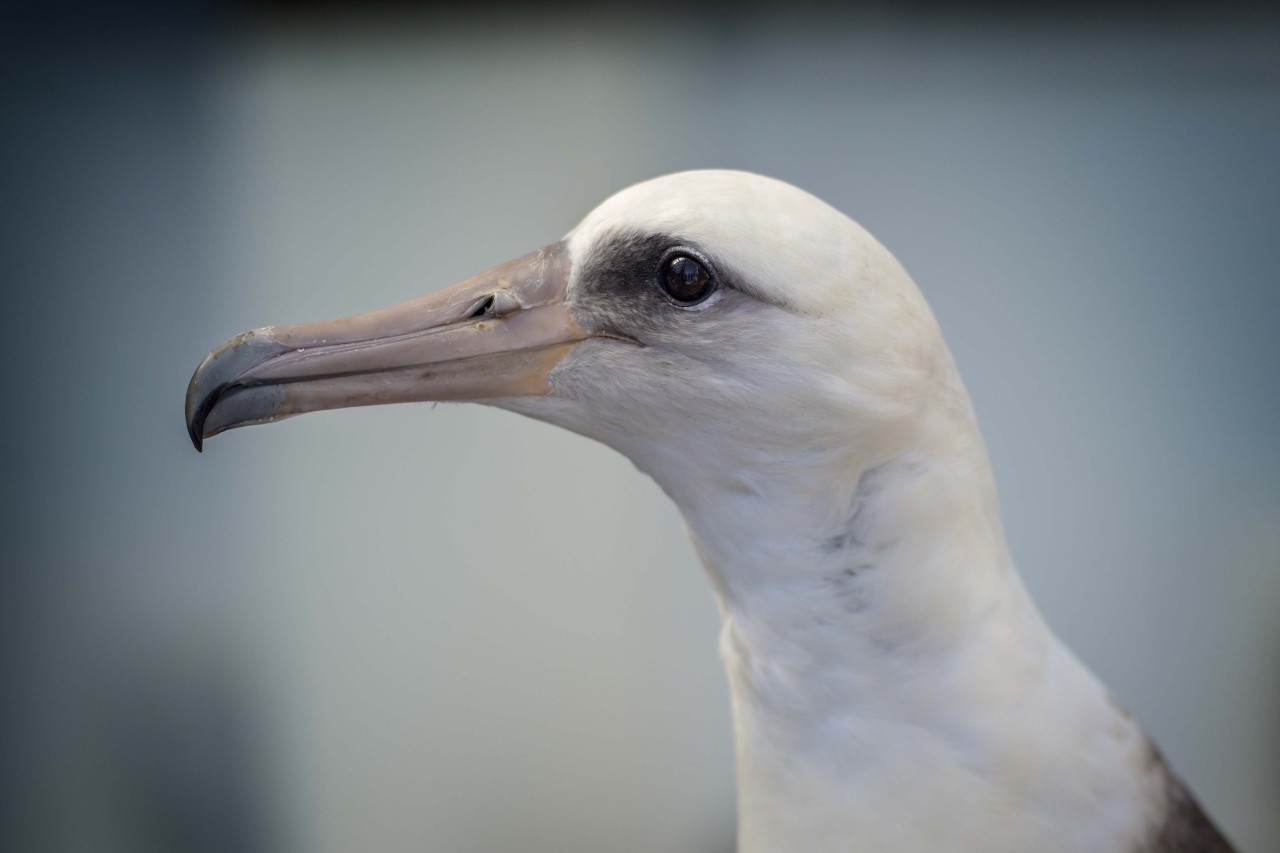 The aquarium posts: “as they become more comfortable and their training progresses, we hope that Alika and Sula [a Red-footed Booby Sula sula] will—like Makana—take part in public programs and interact with our guests ” as they act as “ambassadors” raising awareness about marine plastic pollution (click here for a video).

The aquarium considers the two birds are the only Laysan Albatrosses held “at an accredited zoo or aquarium in the US.”  Indeed, they may well be the only albatrosses (or for that matter any procellariiform seabird) in long-term captivity anywhere in the World; unlike penguins, which are commonly found in zoological gardens and aquaria where they often breed with success.  ACAP Latest News will be pleased to hear of any other long-term captive albatrosses – as opposed to birds taken into temporary captivity with the aim of them being released after rehabilitation.

Read more about Alika and Makana and watch a video of Makana displaying and calling.