Back at the end of May this year ACAP Latest News reported that satellite tags had been attached to globally Endangered Grey-headed Albatross Thalassarche chrysostoma chicks prior to their departure from Bird Island by the British Antarctic Survey in order to determine their overlap with fisheries and to obtain data on juvenile survival.  Evidence from fishing vessels suggests that immature Grey-heads are killed by pelagic longline fisheries in areas that are not used regularly by non-breeding adults (click here).

Nine of the tagged birds fledged in early June and started moving north-eastwards in the South Atlantic.  Two came close to the South African coast and most have now passed below the southern tip of Africa crossing into the southern Indian Ocean.

See also a report by BirdLife International (which helped fund the research) on the tracked birds and the decrease in breeding numbers of Grey-headed Albatrosses on Bird Island that part-motivated the study. 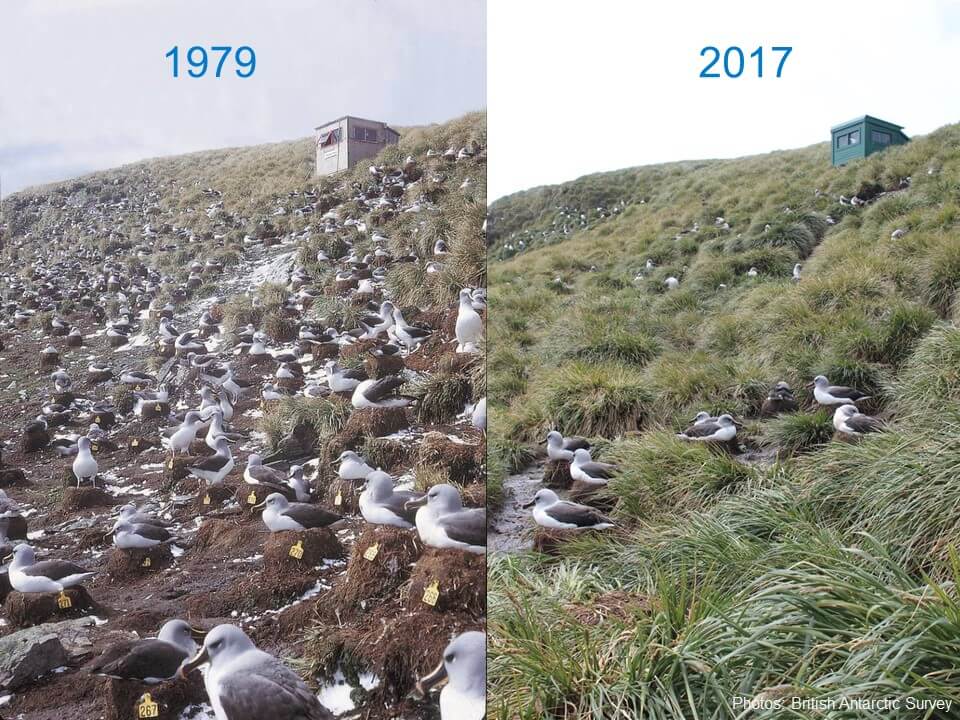 Then and now: photomontage of a Grey-headed Albatross study colony on Bird Island by British Antarctic Survey, courtesy of BirdLife International

With thanks to Richard Phillips, British Antarctic Society and Stephanie Winnard, BirdLife International.