Birds and bones: ACAP delegates have a day off in Wellington before adopting the Advisory Committee report

Delegates to the Albatross and Petrel Agreement's 10th Meeting of its Advisory Committee (AC10) being held in Wellington, New Zealand had a welcome day off from meeting discussions yesterday.

In the morning we visited the Zealandia Eco-sanctuary in the hills above Wellington. The sanctuary is encircled by a predator-proof fence to keep out feral cats, rodents and Common Brushtail Possums Trichosurus vulpecula and now supports a number of species of reintroduced land birds among regenerating forest. Good views of the Kākā Nestor meridionalis, a New Zealand endemic parrot, at feeders kept the cameras going. The guided tour was followed by a pleasant buffet lunch in the sanctuary’s restaurant.

Zealandia's anti-predator fence is very similar to that erected in 2011 to protect Laysan Albatrosses Phoebastria immutabilis (ACAP listed) and Wedge-tailed Shearwaters Ardenna pacifica at Kaena Point on the Hawaiian island of Oahu. 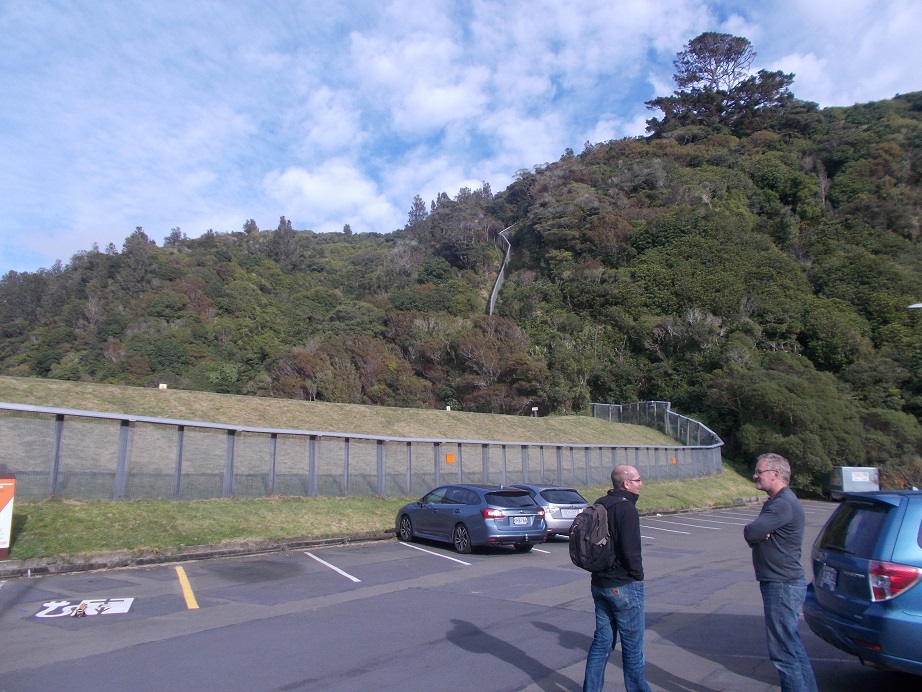 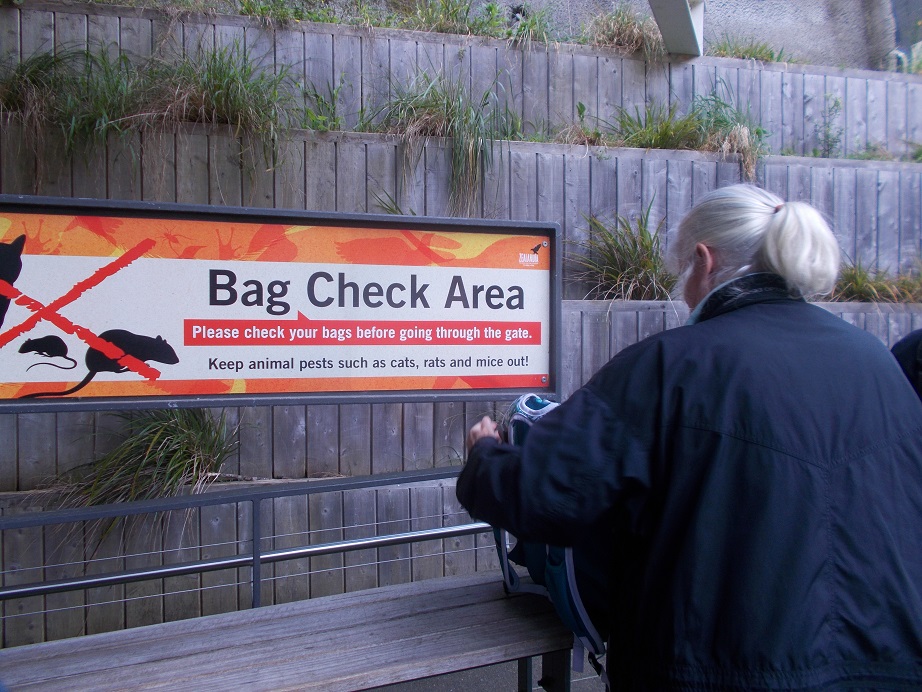 USA observer to ACAP, Beth Flint from Hawaii checks her bag, before entering the sanctuary 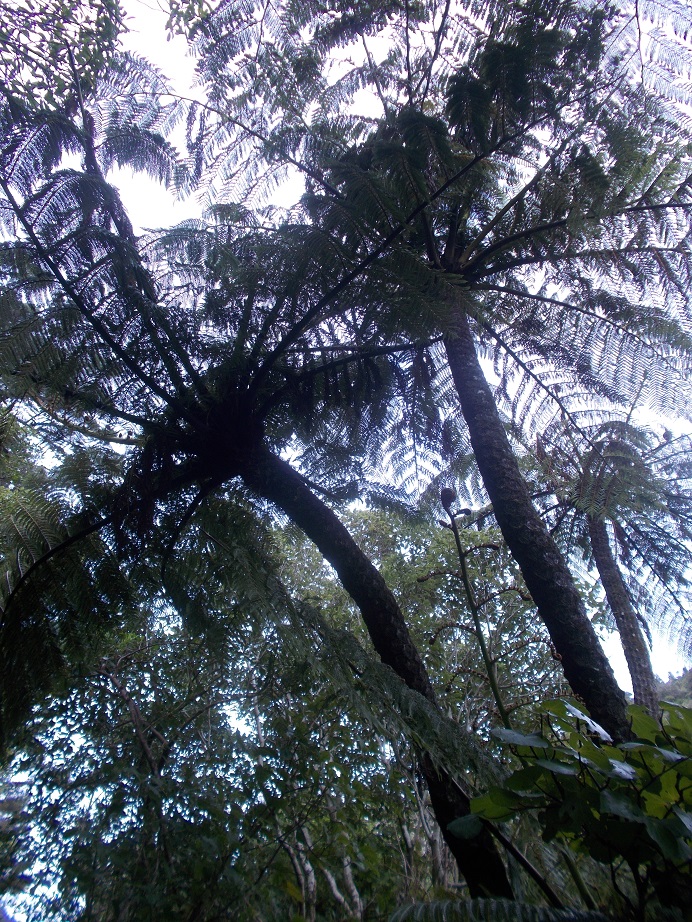 In the afternoon we headed to the collections facility of the Museum of New Zealand Te Papa Tongarewa. Our museum hosts, Colin Miskelly, Alan Tennyson and Susan Waugh had set out a table of procellariiform study skins for us to view that included ACAP-listed great albatrosses and smaller mollymawks, as well as all seven prion species, including the recently described (and globally Endangered) MacGillivray’s Prion Pachyptila macgillivrayi from Gough Island. 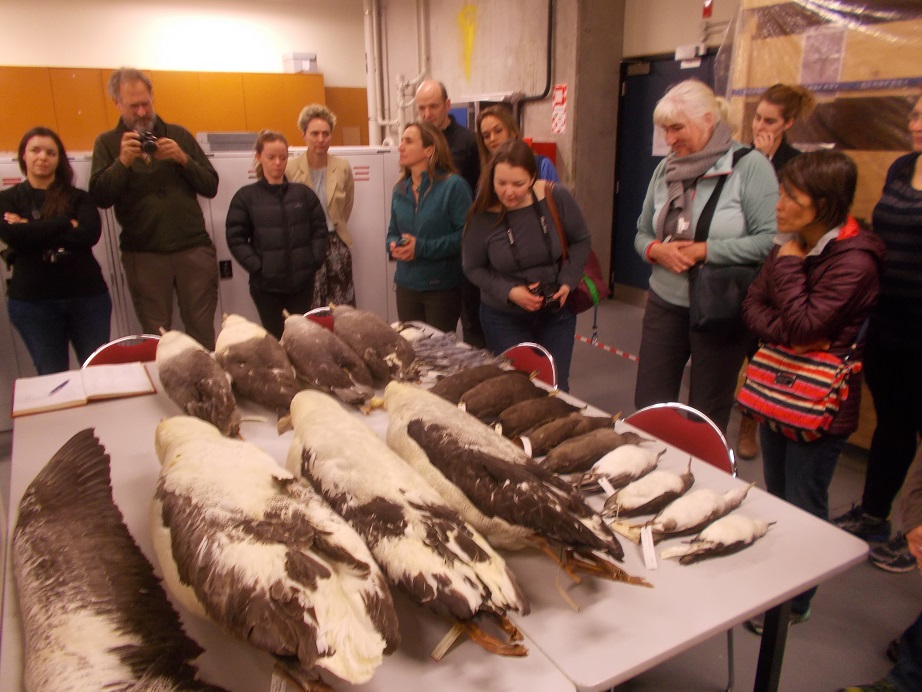 AC10 Delegates view a table of procellariiform skins at Te Papa, including ACAP-listed albatrosses and petrels 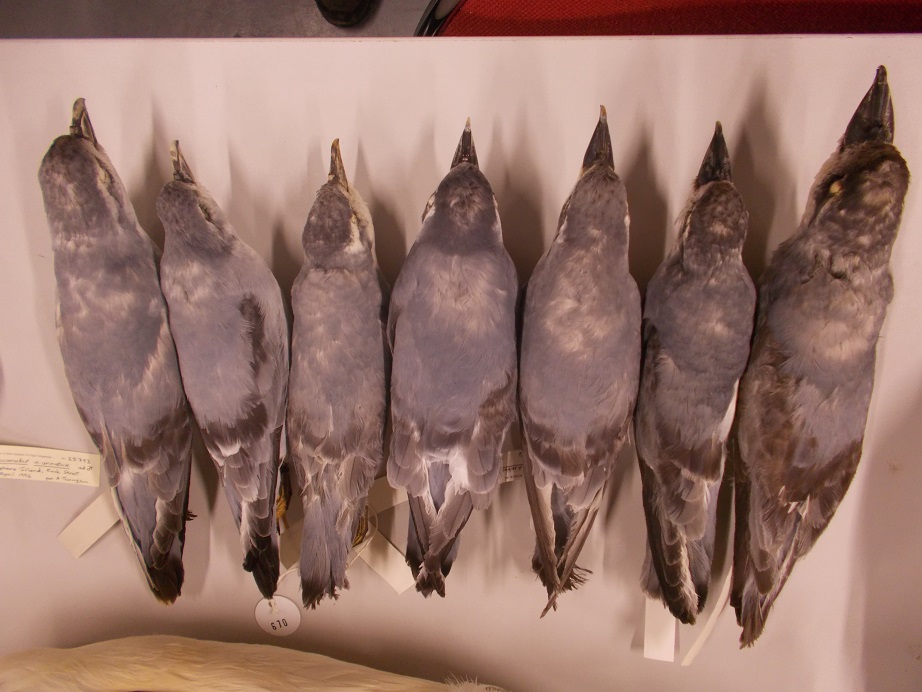 All seven prion species in a row; McGillivray's is second from the right 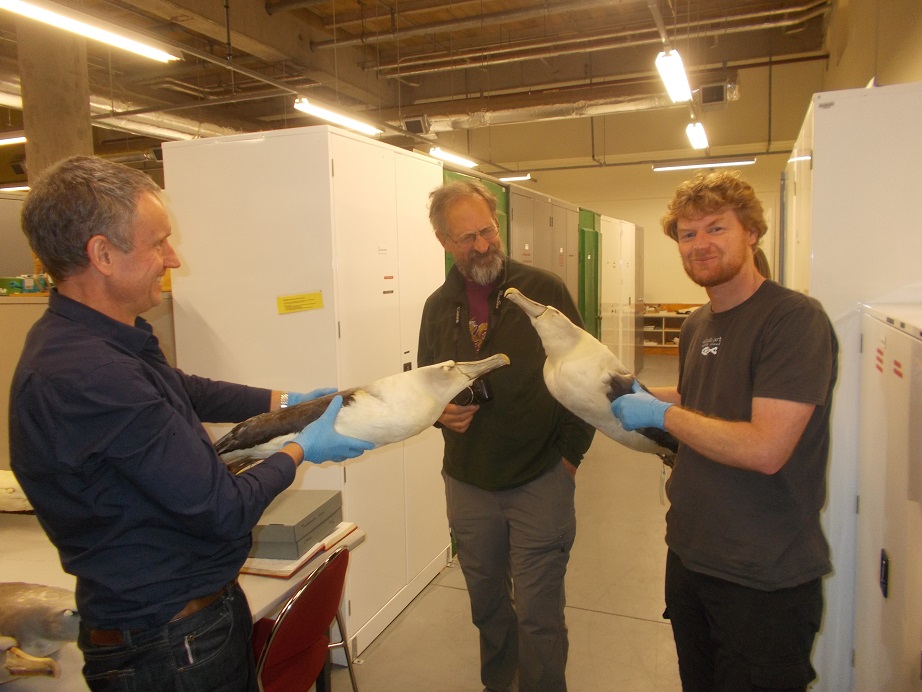 Quorum?  ACAP Taxonomy Working Group members Mark Tasker and Alan Tennyson consider which is a Shy and which a White-capped Albatross with Colin Miskelly

Highlights of the tour included being shown bones of extinct New Zealand moas (Dinornithiformes), a skull and claw of a Haast’s Eagle Harpagornis moorei (once the world’s largest eagle) and, unexpectedly, elephant bird Aepyornis bones from Madagascar.

Today the Advisory Committee report will be adopted, closing two weeks of meetings. Then home from us all!  However, I first fly to Great Barrier Island tomorrow to visit the breeding site of the ACAP-listed and globally Vulnerable Black Petrel Procellaria parkinsoni.  Looking forward to it.

With thanks to Igor Debski, Department of Conservation and Colin Miskelly, Alan Tennyson and Susan Waugh, Museum of New Zealand Te Papa Tongarewa.