Cahowcam! The Endangered Bermuda Petrel gets a live-streaming burrow camera

The Endangered Bermuda Petrel or Cahow Pterodroma cahow breeds only on rocky islets off the coast of Bermuda.  “In the early 1600s, this once-numerous seabird was thought to have gone extinct, driven out of existence by the invasive animals and habitat changes associated with the settlement of the island.  In 1951, after nearly 300 years, a single bird was rediscovered, and since then the species has been part of a government-led conservation effort to revive the species”.

A burrow camera from the Cornell Lab of Ornithology is now live streaming from an occupied burrow on Nonsuch Island (click here).

“The Cornell Lab of Ornithology [has] entered into a partnership with the innovative Nonsuch Expeditions, a multimedia and outreach effort centredterrestrial conservation officer Jeremy Madeiros during his weekly nest checks throughout the nesting season.”

The “on-camera pair has been together since 2009, using this same burrow each of those years, and has fledged their young successfully for the last three years.  During the nesting season, the cahows only visit and court under the cover of night, then head out to sea during daylight hours.  The pair returned to the island in mid-November to court and mate, then disappeared out to sea for the month of December.  Last night (January 11), the female returned, and within an hour or so of arriving she laid an egg that will be the singular focus of the pair's efforts for the next 5-6 months (watch highlight).  Sometime tonight or tomorrow night, the male should return to take over incubation duties for the next month while the female heads out to sea.  The egg won't hatch for another 52-55 days—likely around the end of the first week of March.” 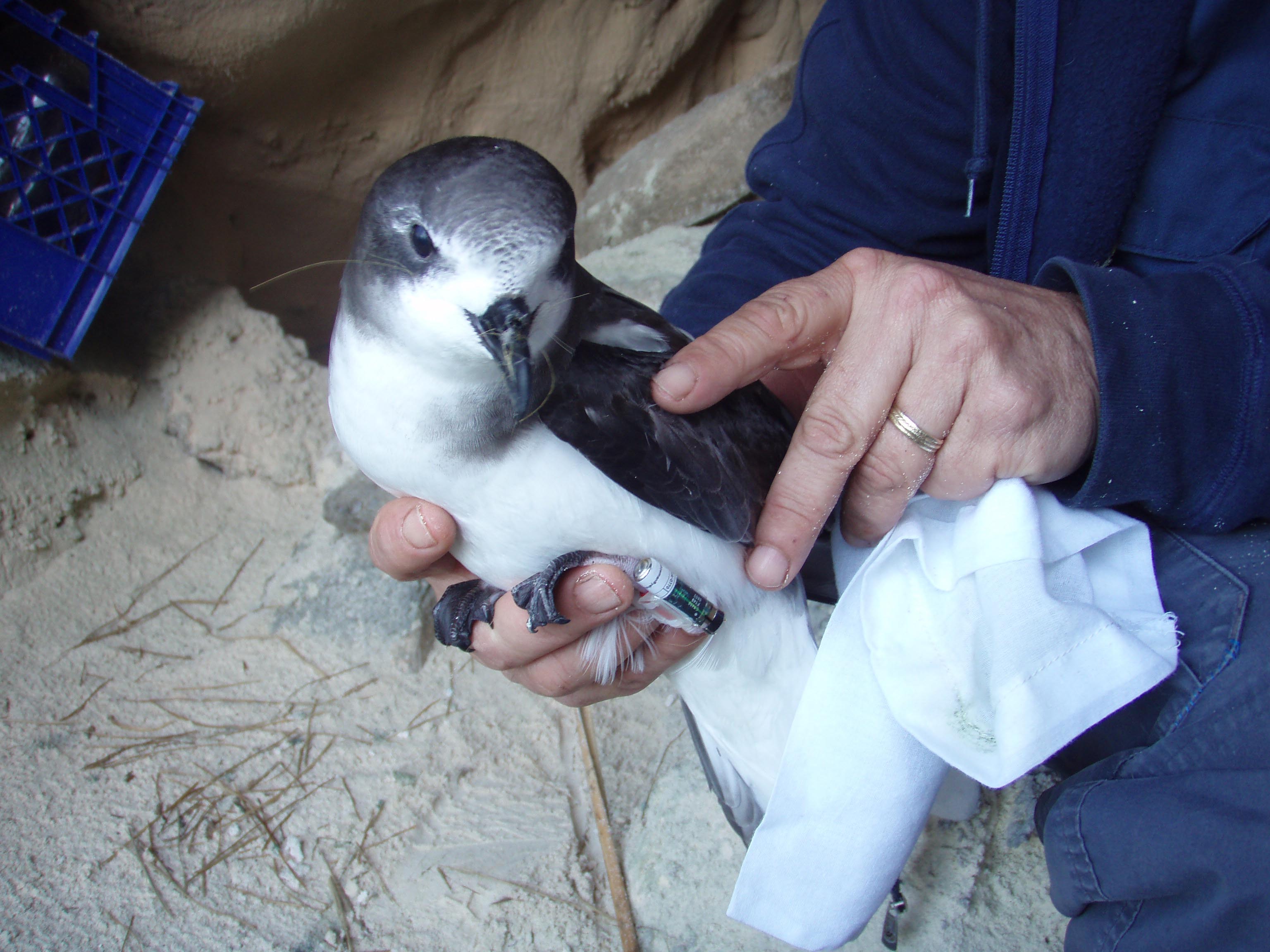 Read more about research and conservation activities conducted with the Bermuda Petrel here.

There are also nest cams on the go or shortly to give live for Northern Royal Albatrosses Diomedea sanfordi in New Zealand (Royalcam) and a Laysan Albatrosses Phoebastria immutabilis (click here) in the Hawaiian Islands.