Chris Jones, an ornithological field worker on World Heritage Gough Island in the South Atlantic, reports to ACAP Latest News of a Critically Endangered Tristan Albatross Diomedea dabbenena chick that has gone blind in both eyes in the long-term study colony in Gonydale this year.

Chris writes “I first noticed that the chick was blind in its left eye on 26 May (so can't confirm if it had this condition since hatching or developed it) when it did not respond to motion on its left side.  It did respond to motion on its right side and the left eye appeared blue and cloudy.  Initially I thought this may be an injury since the chick was off its nest, perhaps blown off by very strong winds during the previous few days.  On a successive check on 6 June, the chick seemed to be blind in both eyes, not responding to any motion (only to sound and touch) and the right eye appeared blue-ish although not to the same extent as the left.” 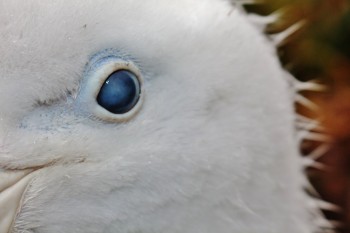 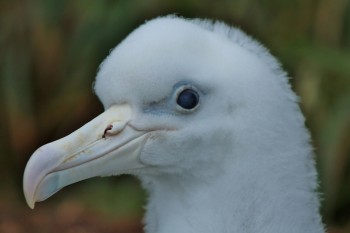 A blind Tristan Albatross chick has been previously photographed in Gonydale on Gough in 2012; this bird drowned in the Gony River (click here). 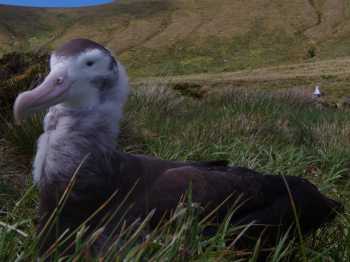 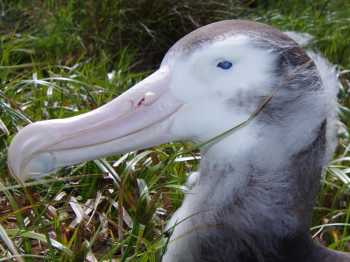 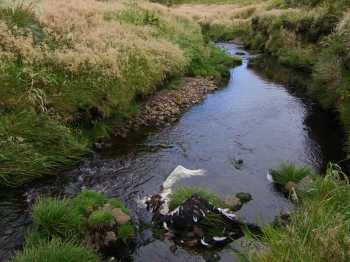 The 2012 blind chick found dead in the Gony River, photograph by Sylvain Dromzée

It has been suggested that blindness observed in one eye of an adult Laysan Albatross Phoebastria immutabilis could have been caused by avian pox contracted from mosquitoes when the albatross was a young chick (click here).  The two Tristan Albatross chicks did not show signs of other symptoms of avian pox (and mosquitoes do not occur on the island), so the cause(s) of their blindness remains unknown.