UPDATE:  "After three weeks since it hatched on January 2, the downy chick appears healthy and is growing everyday while its cousins — the Laysan and Black-footed chicks — are still in hatching mode. The remote camera revealed that the chick is being fed by both George and Geraldine as they swapped their parental feeding and care taking duties three times during the last two weeks".  News from the Friends of Midway Atoll NWR. 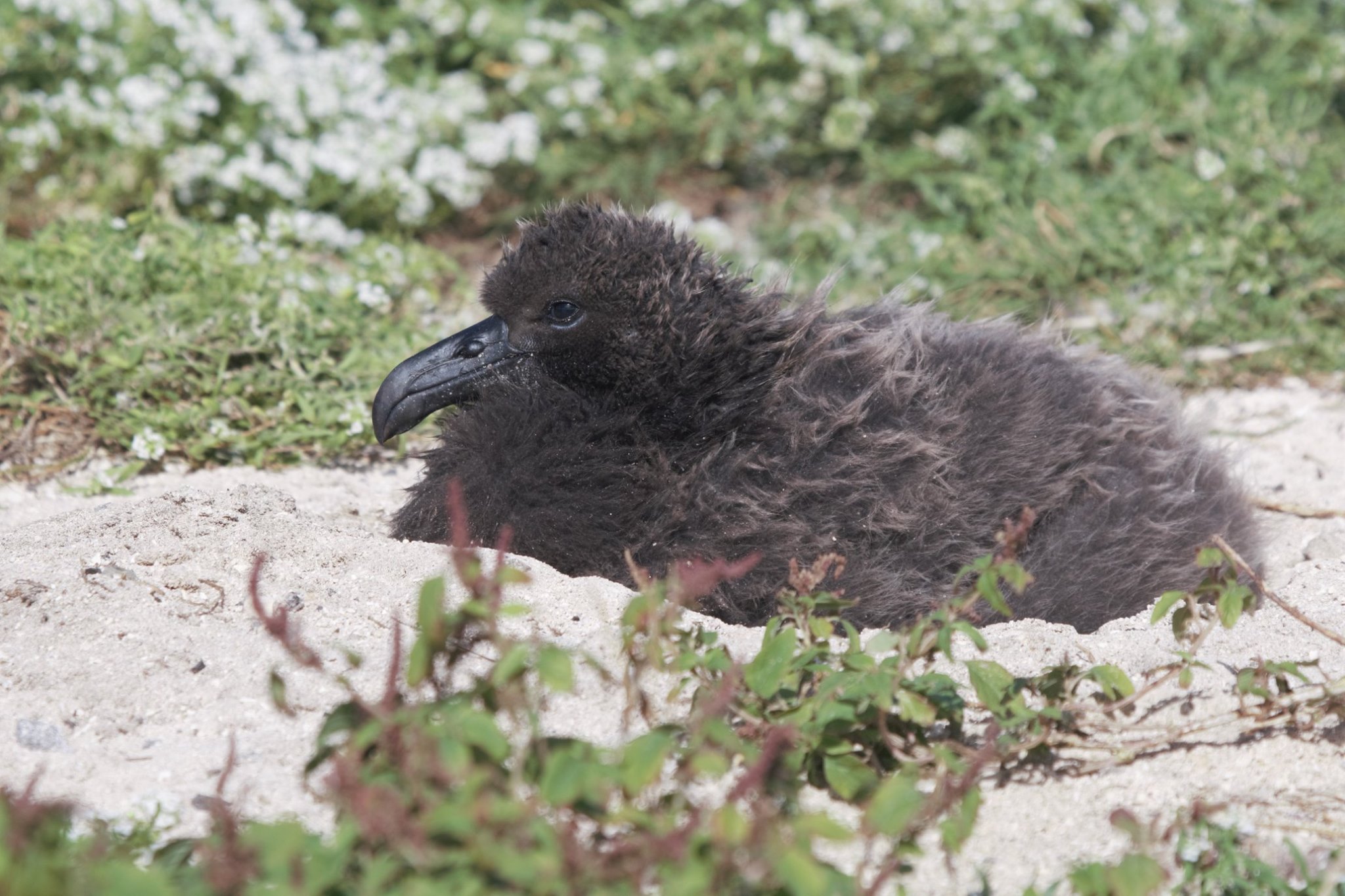 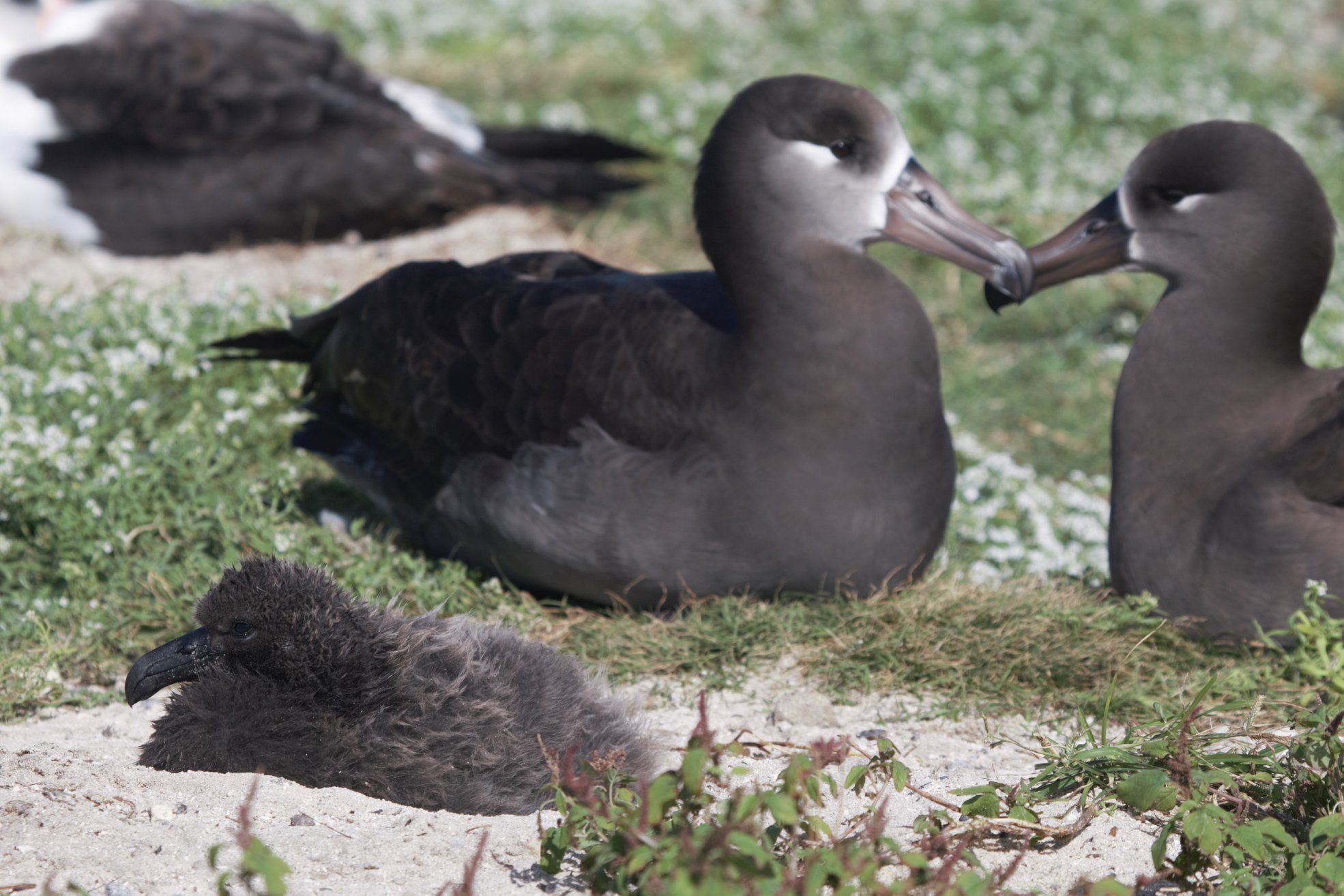 George and Geraldine, the globally Vulnerable Short-tailed Albatross or ‘Golden Gooney’ Phoebastria albatrus solitary pair on Midway Atoll’s Sand Island, hatched their latest egg on 2 January.  George had taken up the final incubation shift from Geraldine just four days earlier on 29 December; the egg is reported as being laid on 28 October (click here).  Both birds were first seen in the current breeding season on the same day of 23 October last year.  ACAP Latest News assumes they had arrived unnoticed earlier than this to allow for mating and the usual (for procellariiforms) egg-making ‘honeymoon’ trip or pre-laying exodus of around 10 days or more to sea by the female. 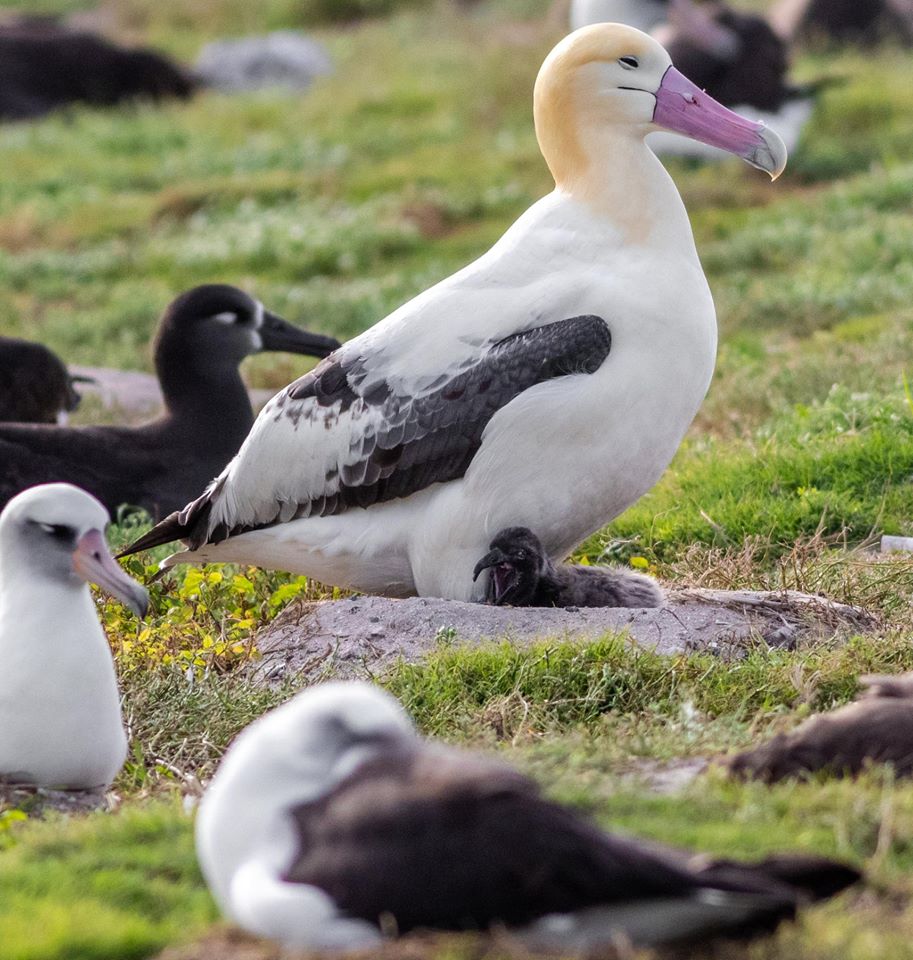 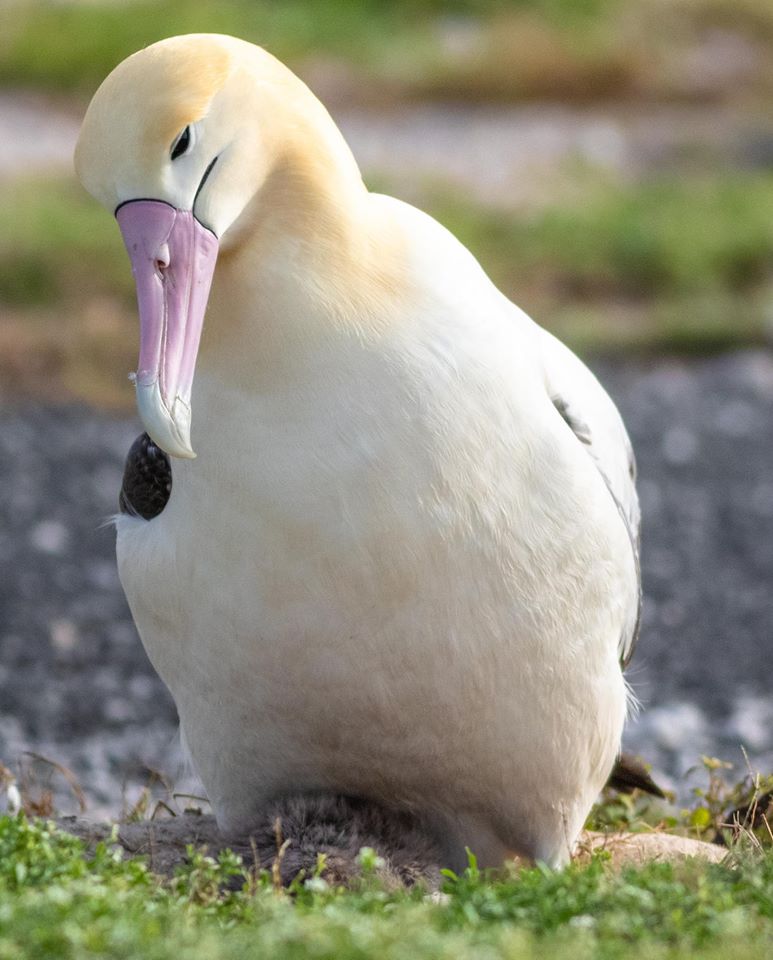 George with its recently hatched chick, photographs by V. Ternisian

Read what is known of George and Geraldine’s history and previous breeding attempts (they successfully fledged their first chick in the previous 2018/19 season) here.  Intriguing to note the synchrony of breeding between the two seasons, in 2018/19 their egg hatched on 3 January (although it should be noted hatching can be a lengthy process lasting more than a day, so the exact day of the chick finally leaving the shell may be difficult to record).

Meanwhile, Midway's other famous pair, 69-something Wisdom and mate Akeakamai, the Laysan Albatrosses P. immutabilis, are taking a 'gap year', having not laid an egg this season after being seen back together in Sand Island last November (click here).