“Fisheries bycatch is one of main conservation problems for many threatened seabirds.  Currently, it is unknown whether existing best practices to mitigate seabird bycatch in pelagic longline fisheries influence the capture of other vulnerable taxa.  We assessed the effect of two seabird mitigation measures for pelagic longline fisheries on 13 threatened, protected and/or bycaught species, including elasmobranchs, teleosts, sea turtles and fur seals.  Analyses were from two experimental studies in Uruguay assessing the effect of a bird scaring line (BSL) and branch lines with weights close to the hooks (weighted branch lines) on these taxa.  One hundred longline sets with randomized use of a BSL were deployed.  In turn, 224 paired longline sections, with control branch lines versus weighted branch lines, were deployed. BSL use did not increase the capture of any of the species addressed.  No detectable differences in capture rate were recorded in our branch line weighting study.  However, the effect of branch line weighting in the capture of Porbeagle shark (Lamna nasus) remains unclear and requires further research.  Our study suggests that effective measures to reduce seabird bycatch in pelagic longline have no negative connotations for other vulnerable species.  Caution should be exercised when interpreting our results as analyses were underpowered to detect small and subtle differences in the catch rates.  We strongly encourage researchers to conduct similar studies to elucidate potential regional and across fisheries differences in the effect of seabird mitigation measures in other vulnerable taxa, as well as the effect that mitigation measures for other taxa may have on seabirds.” 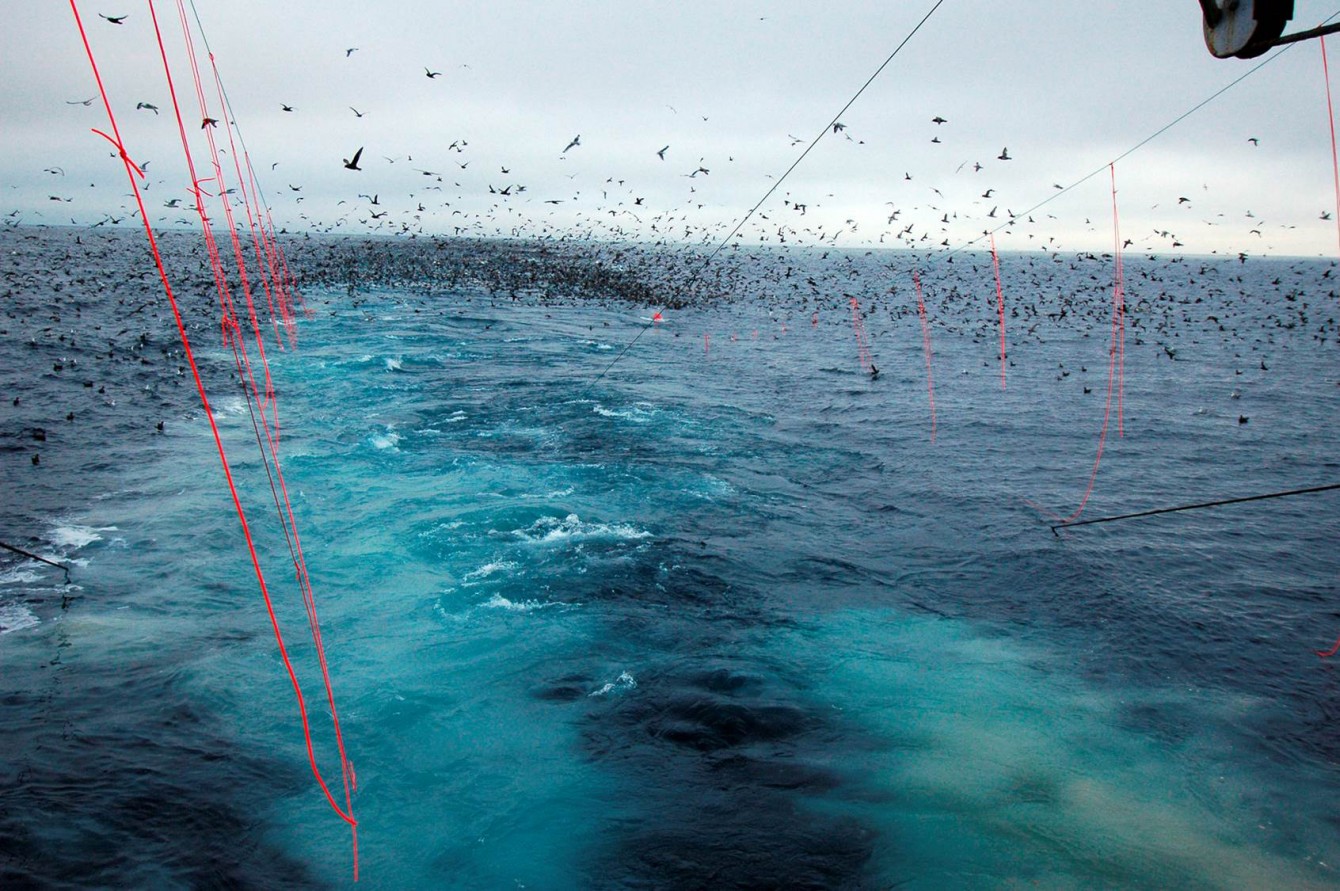 With thanks to Sebastián Jiménez.