The Second World Seabird Conference (WSC2) is being held this week in Cape Town, South Africa with three sessions on seabird bycatch in fisheries, ranging from longline, trawl and nets and from recreational, artisanal to commercial.

No less than six presentations on mitigating seabird bycatch in longline and trawl fisheries were made by conference delegates from South Africa and Namibia to the three sessions (click here for the conference programme).  Their five presenters showed how university-supported research, NGO advocacy, governmental legislation and fisher willingness have been brought together to reduce the bycatch of albatrosses and petrels within the Benguela Current off the Atlantic coast of southern Africa by as much as 90%.  Over the last decade this has led to higher degrees, publications in scientific journals, national and international awards, many more seabirds surviving to wing the oceans, and an ongoing example for other fishing nations to follow. 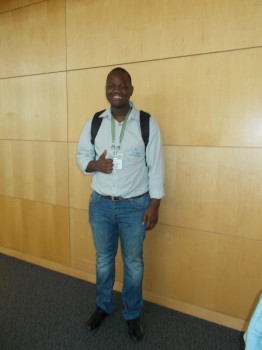 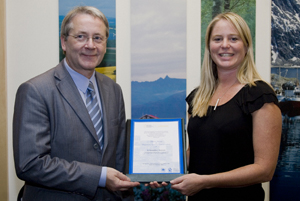 Lebepe, Bokamoso (BirdLife South Africa).  A review of seabird bycatch in three South African fisheries and the impact of monitoring and legislation for management.

Click here for abstracts of the above five talks.