“Corticosterone (CORT) is a glucocorticoid hormone that maintains energy balance and can modulate foraging behaviors in seabirds.  However, CORT responses are not always predictable under similar biophysical conditions and do not necessarily influence the same behaviors across breeding stages and species.  To enhance our understanding of CORT’s role as a proximate determinant of foraging behavior and energy maintenance, we examined the relationships between body condition, CORT, foraging behavior, and foraging success between two sympatric breeding albatross species with differing foraging strategies and life histories, the Campbell albatross (Thalassarache [sic] impavida) and the gray-headed albatross (Thalassarache chrysostoma), from Campbell Island, New Zealand.  Pre- and postforaging CORT did not differ between species or stage, potentially as a result of behavioral plasticity or different functional roles of CORT across stages.  Unexpectedly, body condition did not correlate with preforaging CORT during incubation, although a negative correlation was observed in Campbell albatrosses during the guard stage.  Furthermore, CORT mediated foraging success in both species and stages, but CORT mediated foraging behavior only in incubation-stage Campbell albatrosses that had shorter foraging ranges with higher pretrip CORT. Additionally, CORT positively correlated with mass gain and the time elapsed since the last feeding event in guard-stage albatrosses.  Our results highlight the complexity of CORT in mediating energy balance in free-ranging animals.  Our results also support that if CORT is to be usefully interpreted, breeding stage must be considered because the physiological and behavioral functionality of CORT may differ across stages, with enhanced sensitivity to energy reserves during chick rearing.” 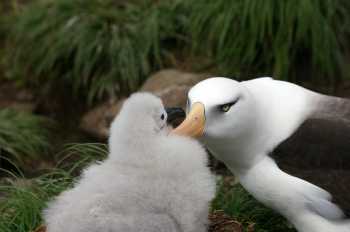