The United Kingdom’s Minister of State in the Foreign & Commonwealth Office, the Right Honourable Sir Alan Duncan, MP, has announced significant increases in the UK's Overseas Territory Marine Protected Area coverage with new MPAs to be declared around the Pitcairn Islands and St Helena and planned for Ascension Island in the South Atlantic in 2019.  He further stated:

“And to those I can add Tristan da Cunha, which is aiming to establish a regime for protecting the waters across its entire maritime zone.  It’ll be driven by the community, it will be science-led and will meet both local economic and community needs.  Indeed this proposal would provide more than three quarters of a million square kilometres of protected ocean, which would make it the largest in the South Atlantic.  It could also surround Gough Island - which is a UNESCO World Heritage Site and home to some of the world’s finest bird life, like the Rockhopper Penguin and the Tristan Albatross” (click here). 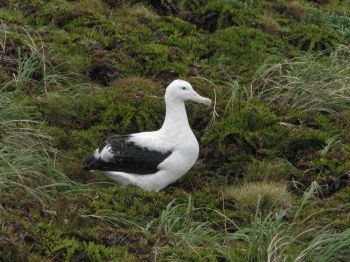 The Minister made the announcement in a speech to the 2016 Our Ocean Conference in Washington, DC, USA on 15 September this year.  The Tristan MPA is slated to be proclaimed in 2020 (click here).

Territorial waters (to 12 nautical miles) around Gough and Inaccessible Islands in the Tristan group are already protected as part of their status as nature reserves, Ramsar Wetlands of International Significance and as a combined World Heritage site, although fishing for Tristan Rock Lobster Jasus tristani continues around both islands.