At a small and informal ceremony at the end of January in the ACAP office suite in Salamanca Square, Hobart, ACAP's first Executive Secretary, Warren Papworth handed over the reins (and the key to the door) to Marco Favero of Argentina.  Following an advertising of the position Marco was chosen to take over from Warren as ACAP's second Executive Secretary in Tenerife, Canary Islands, Spain at the time of the Fifth Session of the Meeting of Parties held in May last year (click here).

Marco was born in Mar del Plata, Argentina in 1963 and studied marine biology at the Universidad Nacional de Mar del Plata.  After his graduation in 1986, he started a 20-year research project in Antarctica, and later earned his Doctoral degree for his thesis on Antarctic seabird ecology.  His background in the biology and ecology of top marine predators comprises over 200 publications including research articles and presentations at scientific conferences. 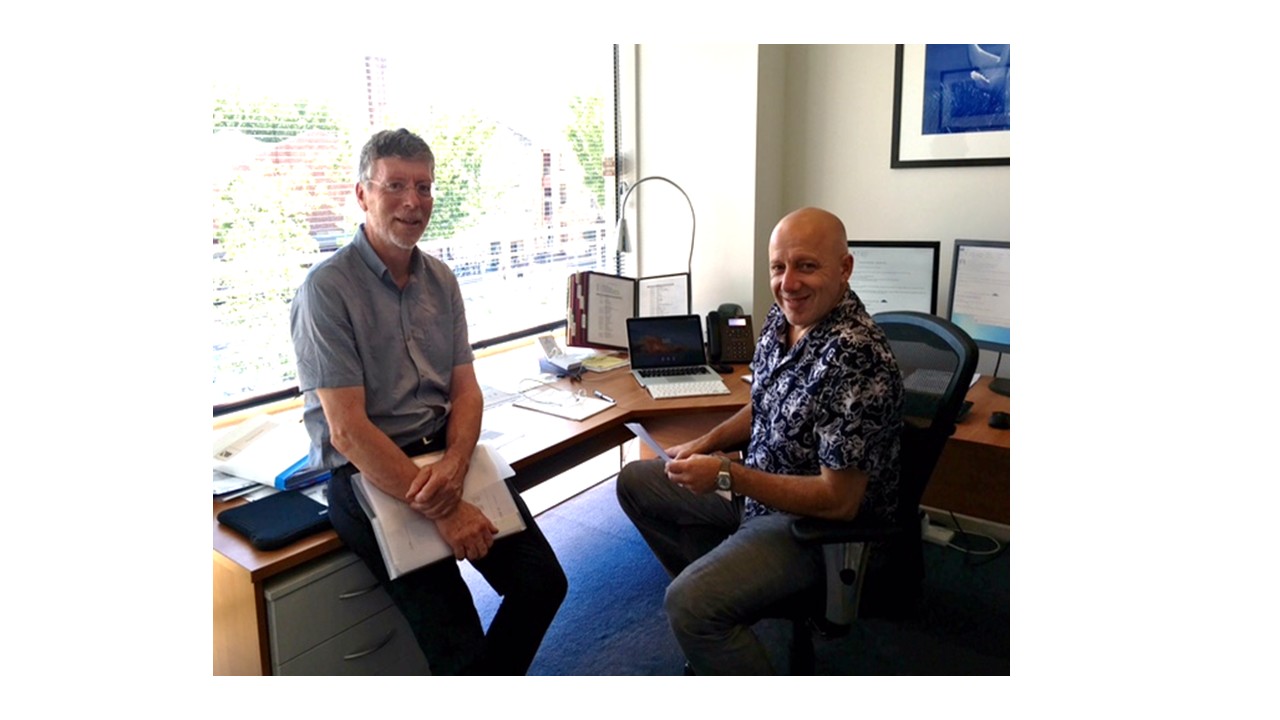 Marco previously chaired ACAP's Advisory Committee, presiding over five meetings since 2007.  With his new role, the committee's Vice Chair, Mark Tasker, has taken over in an acting capacity until new appointments can be made.  Mark will steer the next meeting (the 9th) of the Advisory Committee, to be held this May in La Serena, Chile.

The ACAP Secretariat wishes Warren Papworth a well-earned retirement spending more time with his family, in particular his grandchildren after his six years at the helm, and looks forward to working with Marco Favero in the months and years to come.