The American Bird Conservancy and the Molokai Land Trust aim to construct a predator-proof fence at the Mokio Preserve on the Hawaiian island of Molokai.  The purpose of the fence is to provide protection to rare native plants and breeding seabirds at a dune restoration site on the Anapuka Peninsula within the 695-ha preserve on the north-west coast of the island (click here).

The black dashed line in the Mokio Preserve marks the line of the planned predator-proof fence; map from the Molokai Land Trust

The 2-m high fence will be 1.7 km long and will encompass 36 ha; both fence ends will be on sea cliff edges.  It will come with a fine mesh, a ground-level skirt and a hood, following predator-proof fences erected in New Zealand and on two other Hawaiian islands (Oahu and Kauai).  It is aimed to keep out rodents, mongooses and feral cats, as well as introduced Axis Deer or Chital Axis axis and domestic dogs.  An existing deer fence will be removed once the new fence is up.  Vehicular and pedestrian access will be by way of several gates. 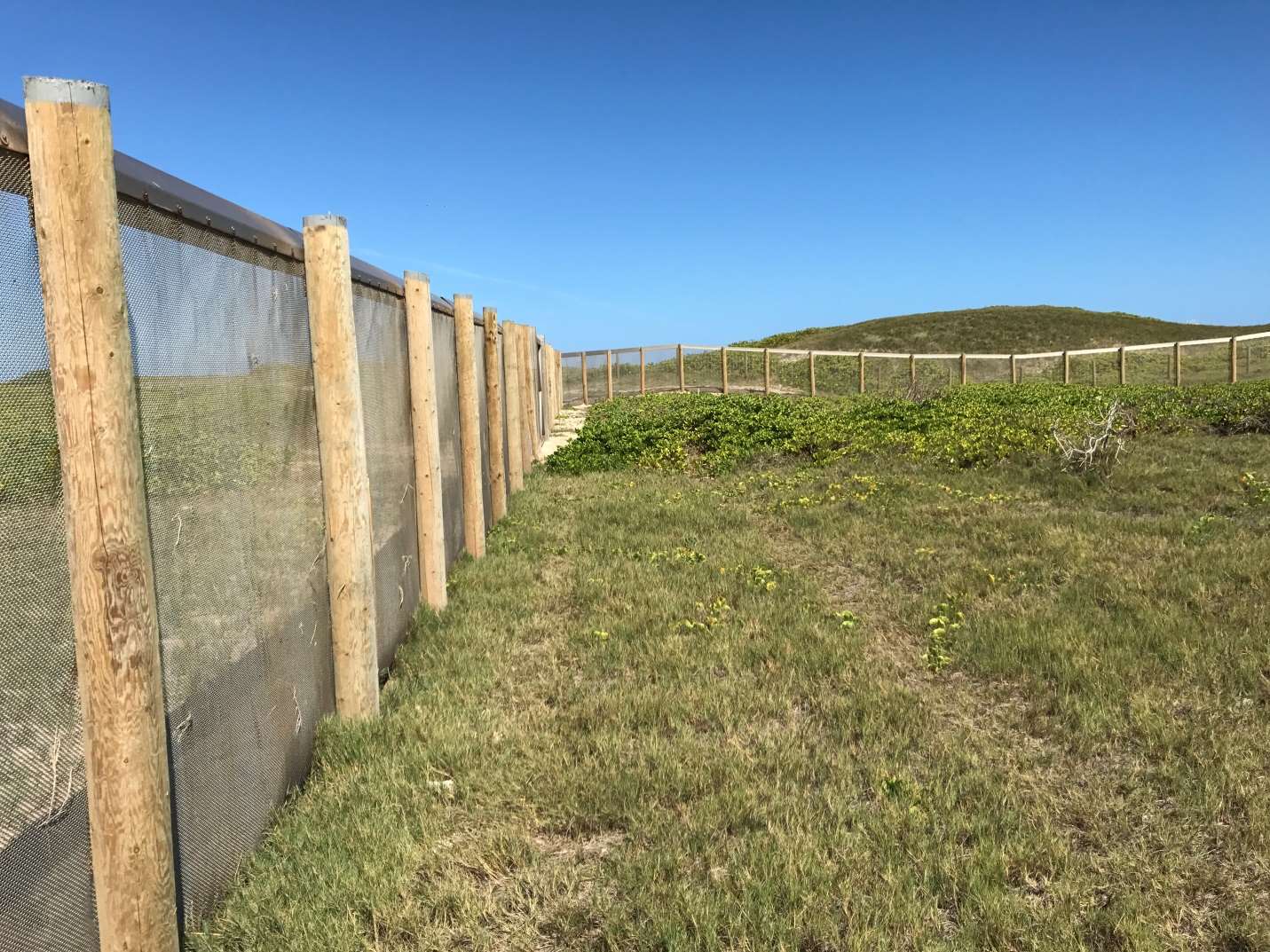 The predator-proof fence in the James Campbell Wildlife Refuge on the Hawaiian island of Oahu: the planned fence on Molokai will be of a similar design

The area to be enclosed is where attempts are already being made, by way of decoys and broadcasts of pre-recorded calls, to attract Laysan Albatrosses Phoebastria immutabilis in the expectation they will commence breeding (click here).  A new colony will be out of the reach of an expected sea-level rise that will impact breeding Laysan Albatrosses on the low-lying Hawaiian islands of the North-Western chain.  Landings by Laysan Albatrosses within the restoration site have been recorded over the past several years.

Read a news article about the fencing plans here.