At last month’s Advisory Committee meeting (AC11) in Brazil the ACAP Secretariat tabled an Information Paper (AC11 Inf 05) with the proposal to initiate a World Albatross Day.  The committee expressed considerable support for this initiative, as it aligned well with its desire of giving the Agreement greater visibility to address the conservation crisis facing albatrosses and petrels (click here).  It was thought that a World Albatross Day could initially be modest in scope, without requiring large resources, with the aim to commence the day in 2020. 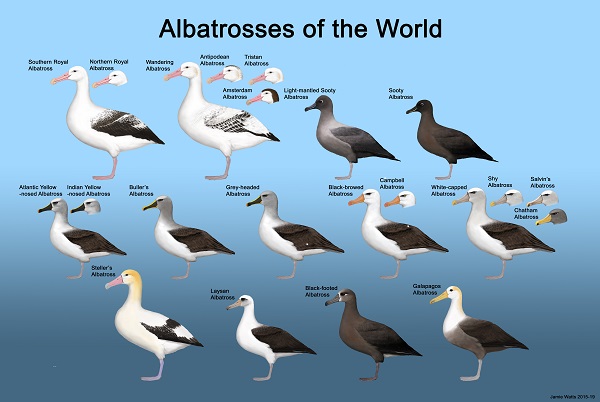 An intersessional group was formed to explore this proposal further comprising Argentina, Australia, Brazil, Chile, Ecuador, the UK, Humane Society International and Projeto Albatroz, to be led by Verónica López from Chile with ACAP’s Information Officer acting as the group’s Secretary.  The group held its first meeting during AC11 and discussed various ideas for the way forward.  It was agreed that the day should be marked annually on 19 June, the date in 2001 that the Agreement on the Conservation of Albatrosses and Petrels was signed in Canberra, Australia (click here).  In coming to this decision it was noted that this date does not appear to overlap with any other internationally recognized animal days. Among seabirds, there seems to be only a World Penguin Day in existence, marked on 25 April, so there appears to be scope for a day for the procellariiform seabirds, which are equally threatened as a group.

The intersessional group decided it should use the 12 months until 19 June 2020 to spread the word via social media and websites in selected countries (notably among the albatross breeding range states and high-seas fishing nations), as well as designing a logo, taking up a theme for the inaugural year and creating downloadable materials such as a poster and other educational materials in ACAP’s three official languages and in Portuguese.  The meeting also decided to co-opt Michelle Risi, a seabird researcher currently based on Gough Island monitoring Critically Endangered Tristan Albatrosses Diomedea dabbenena, who had made the original proposal for a World Albatross Day to ACAP. 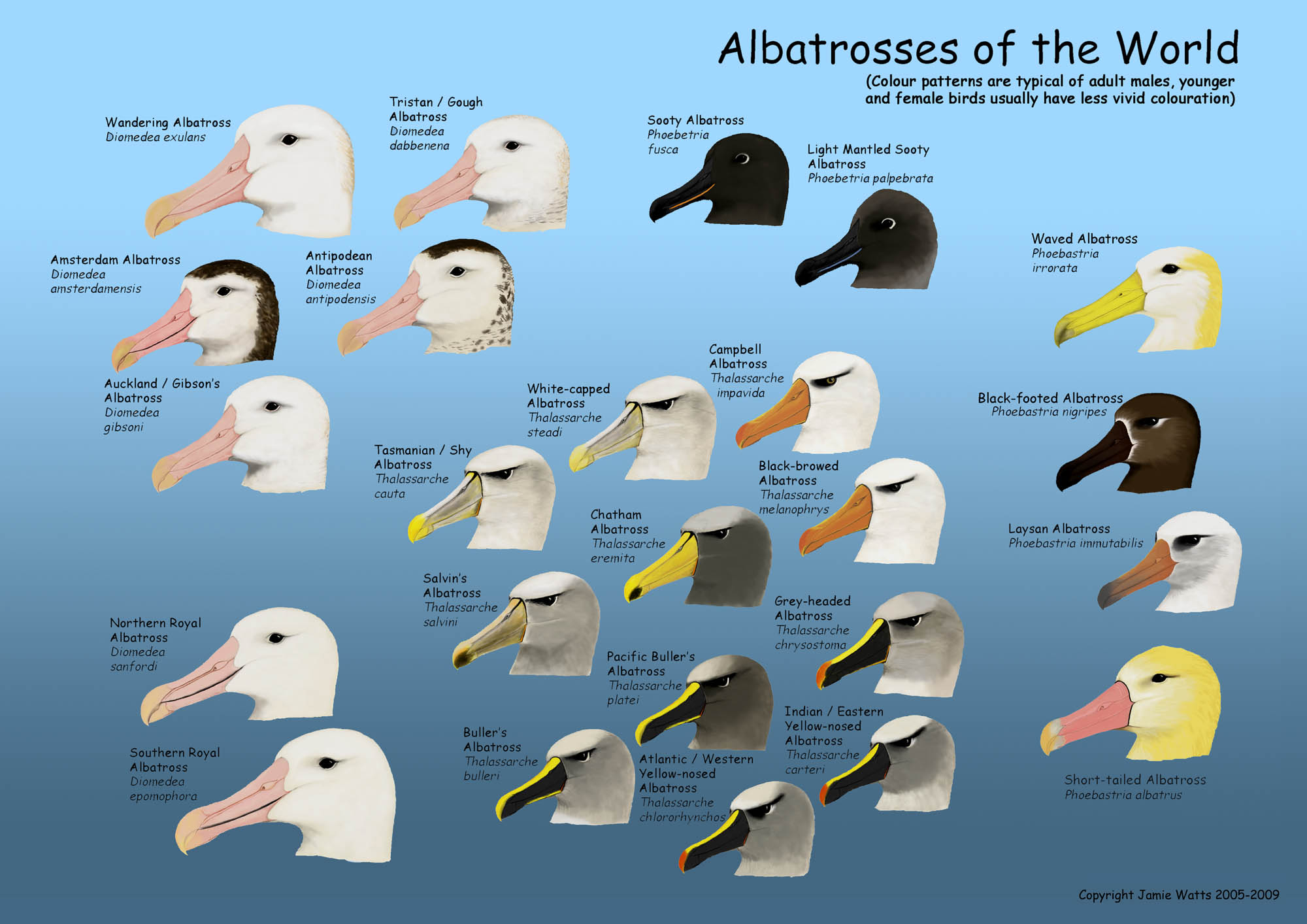 Albatrosses of the world, artwork by Jamie Watts

With thanks to marine ecologist, expedition leader and naturalist guide Jamie Watts for the use of his artwork.