Based on the published literature and previous ACAP Latest News postings, the annual breeding population of Wanderers on Macquarie has fluctuated over the last half a century or so, but with an overall downward trend. With only three pairs currently breeding on Macquarie the population of Wandering Albatrosses is approaching  the smallest known for the species on the island. 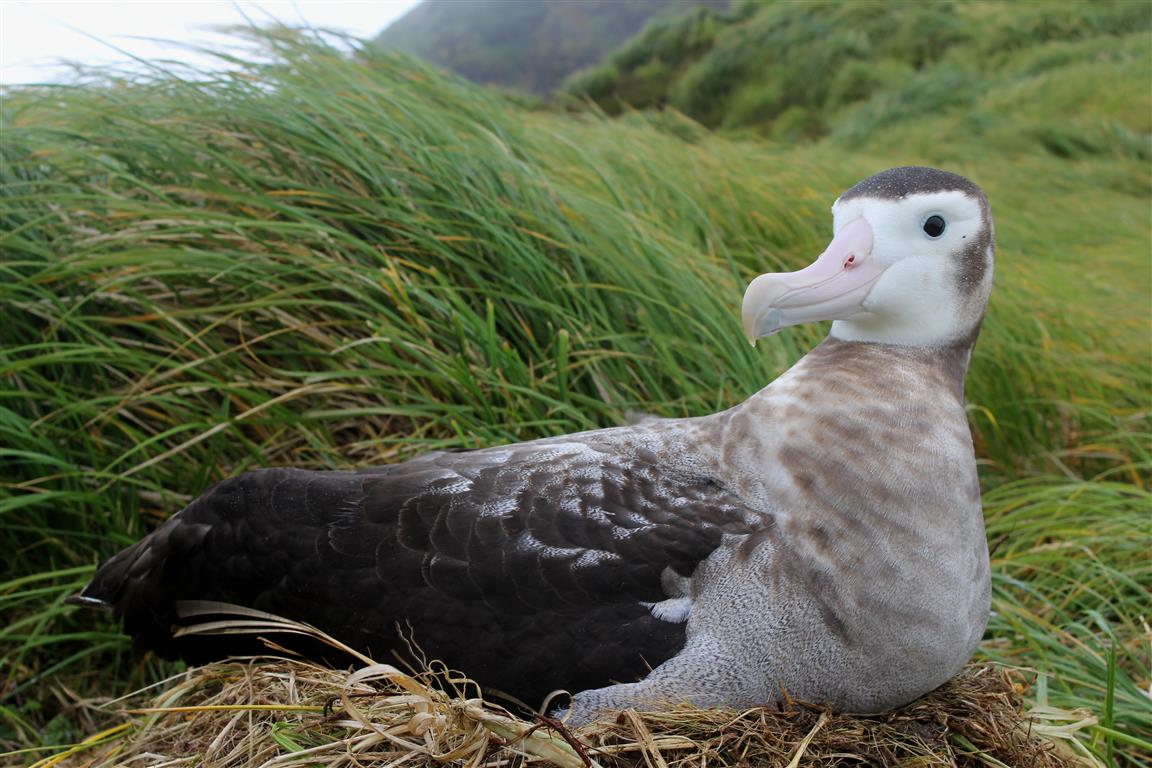 A dark-plumaged female incubates, one of the six birds breeding on Macquarie this season

Macquarie Island is a World Heritage-status Nature Reserve; its Wandering Albatrosses breed in the most south-westerly part of the island, well away from beaches where tourists are landed.  Their breeding sites around Caroline Cove and Petrel Peak fall within a Special Management Area (Category 1 – Very sensitive area) with ordinarily only researchers monitoring the species being allowed to visit with scientific permits and/or access authorisations from 1 August to 31 May.

With reduced disturbance by strict zonation of the island (and the successful removal of introduced mammals by the Macquarie Island Pest Eradication Project (MIPEP) and its precursors), the main threat to the island’s remaining Wanderers is thought to be interactions of especially pre-breeding birds with tuna longline fisheries on the high seas.

With thanks to Julie McInnes & Melanie Wells, Department of Primary Industries, Parks, Water and Environment for information and the photographs. 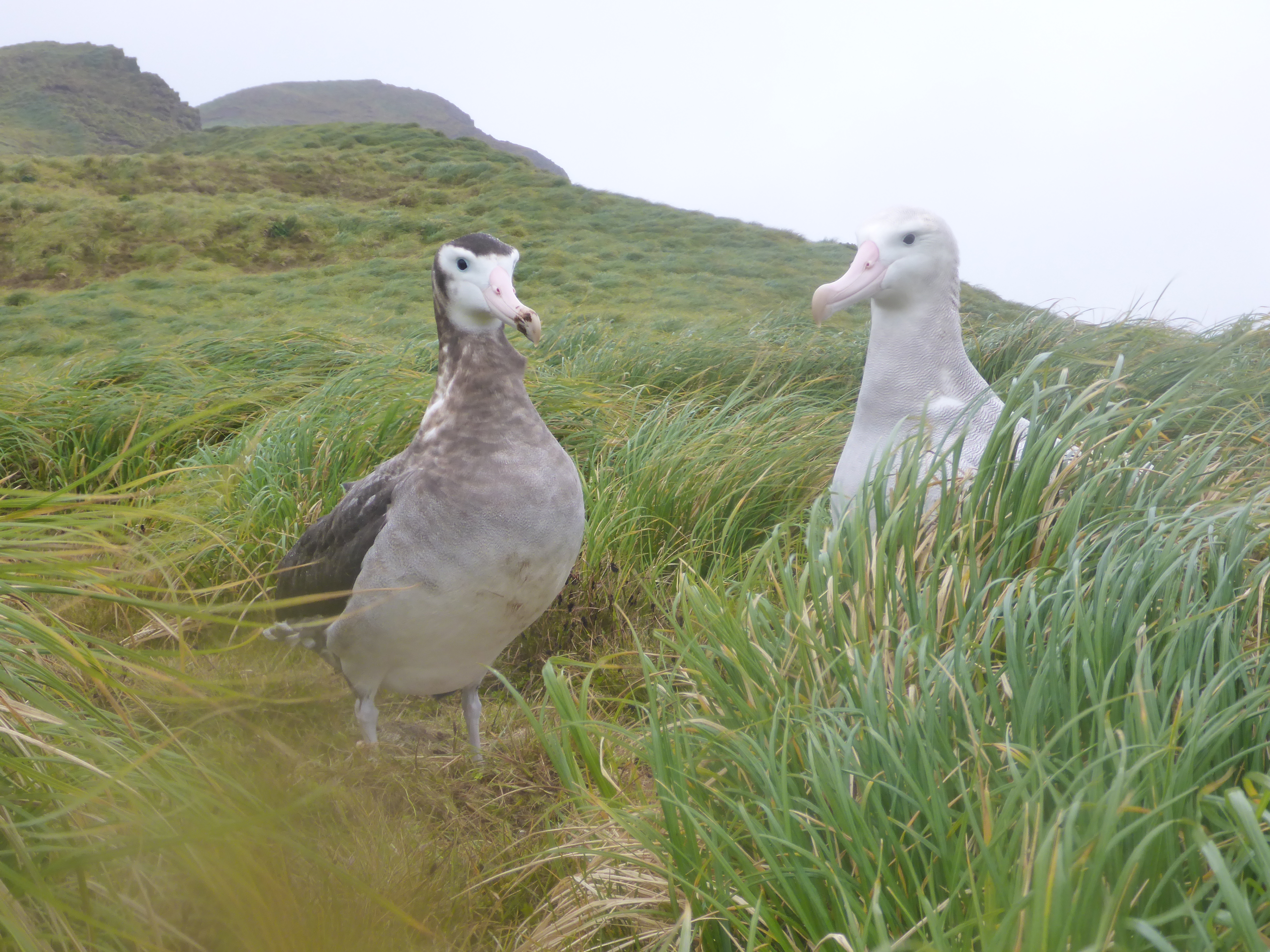 On of this season's Wandering Albatross pairs on Macquarie Island, the larger and whiter male is on the right