Location and Dates of Meetings

The Ninth Meeting of ACAP’s Advisory Committee (AC9) will be held from Monday, 9 May to Friday, 13 May 2016, in Chile.  Chile became a Party to the Agreement in December 2005. 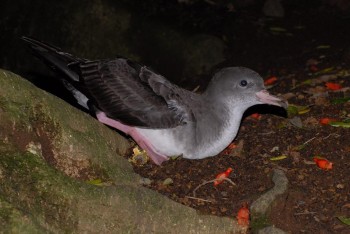 The location of the meeting venue will be advised in AC9 Meeting Circular 2.  Meetings of the Population and Conservation Status Working Group and Seabird Bycatch Working Group will precede AC9, at the same venue.  These meetings will be held from Monday, 2 May to Friday, 6 May 2016.  A Heads of Delegation meeting will be convened on Sunday, 8 May 2016 in the evening.

The deadlines for submission and distribution of meeting documents for AC9 and the Working Groups meetings follow:

1 February 2016.  New items for inclusion in the agenda submitted to Secretariat

The deadlines for submission of requests for Observer status to attend AC9 are:

9 March 2016.  International bodies advised if their request for observer status has been approved

8 April 2016.  Non-international bodies advised if their request for observer status has been approved

Information on registration and other meeting arrangements will be provided in Meeting Circular No 2.

The First Session of the Meeting of the Parties to ACAP, held in Hobart, Australia in 2004 established an Advisory Committee to provide expert advice and information to ACAP Parties, the Secretariat and others. Click here to access reports and documents of previous meetings of ACAP’s Advisory Committee.  The previous meeting (the 8th) was held in Punta del Este, Uruguay in September 2014.