In the first year of the project 50 chicks from the Pyramid breeding colony all fledged successfully after being artificially fed at the translocation site at Point Gap, on the south-west coast of Main Chatham (click here).

In the current breeding season 40 chicks were transferred to Point Gap (click here). 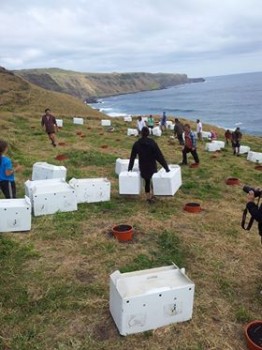 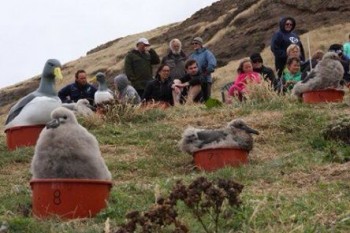 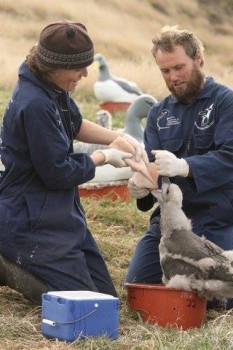 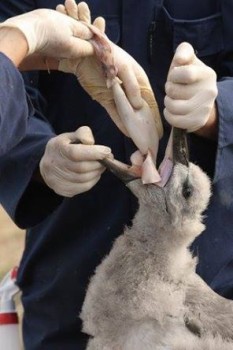 The cyclone has given the Chatham Islands “a hammering” with damage reported across the island but the albatross chicks are “holding out alright” and made it made it through the night of the storm of 15/16 March.  The storm brought winds up to 140 km/h to the islands prompting the declaration of a civil defence emergency.  Downed trees cut power, although no major damage was reported.