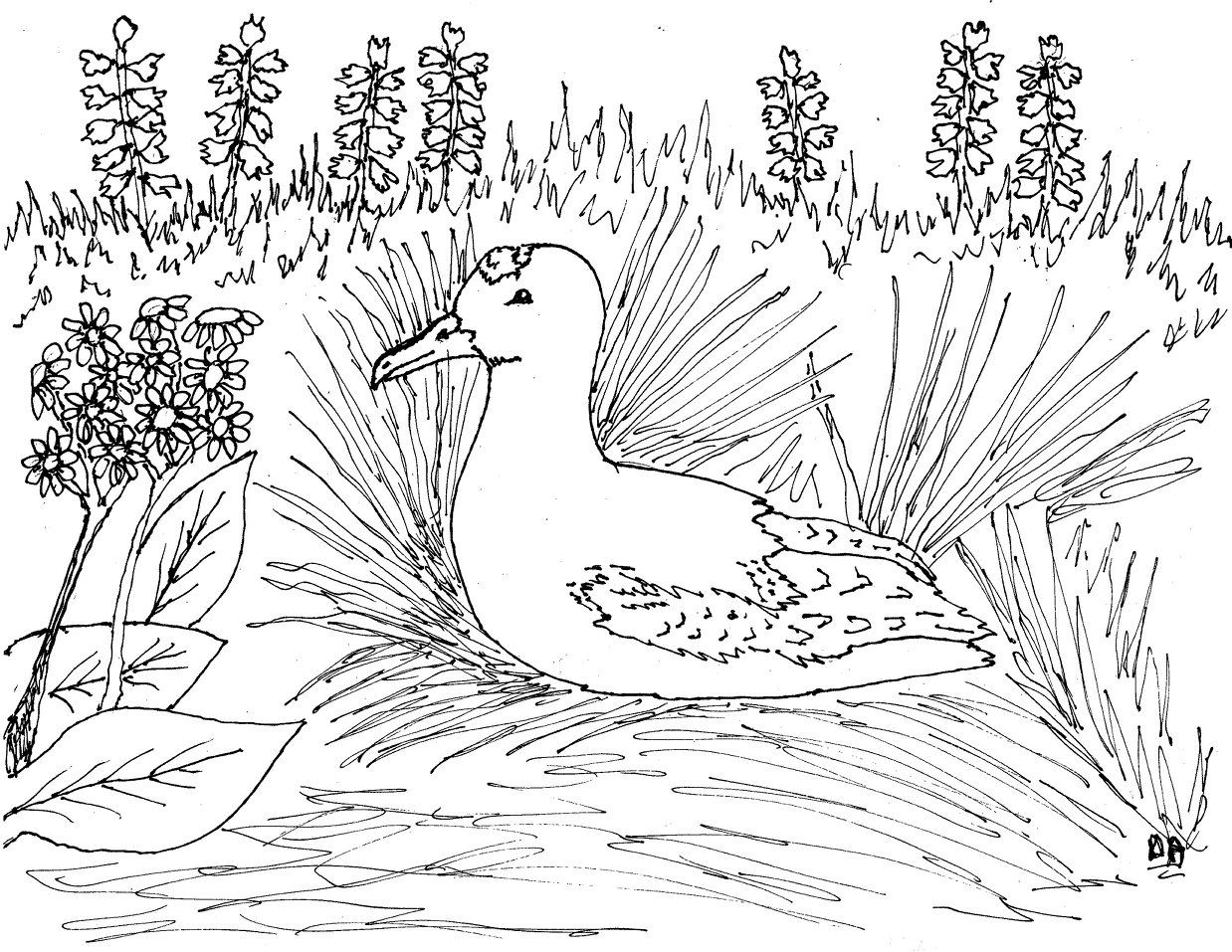 Antipodean Albatross by Diana L. Andersen, colouring-in drawing from a photograph (see below) by Colin O'Donnell

UPDATE:  The research team left the island early after only a week ashore, due to issues related to the COVID-19 virus.  However, Kath Walker reports to ACAP Latest News that it  was still possible to fit trackers to 40 Antipodean Albatrosses.

New Zealand Department of Conservation (DOC) scientists Graeme Elliott and Kath Walker are visiting Antipodes Island for the next six weeks to attach GPS satellite transmitters to the nominate subspecies (endemic to the island) of the globally Endangered and Nationally Critical Antipodean Albatross Diomedea antipodensis.  The transmitters will track the birds at sea to ascertain where they go and where they may encounter fishing vessels.

“The [nominate] Antipodean Albatross population has declined by two thirds over the last fifteen years from around 16 000 breeding birds to 6000.  The major threat to these birds is being accidentally caught by longline fishing vessels, mainly on the high seas, outside New Zealand waters.  The female population is being affected more severely than the males.  Oceanic changes are thought to have driven the females to forage [farther] north and east of New Zealand, pushing them into waters where they are at greater risk from international longline fishing fleets.”

Live Ocean, a marine conservation charity partnered with the Southern Seabirds Solutions Trust, has raised NZ$70 000 to help pay for the satellite trackers, increasing the number of transmitters that Fisheries New Zealand and DOC have provided.

“Satellite trackers on albatrosses can pinpoint the exact location (within a few metres) of the bird in near real-time.  The birds can be monitored via the albatross tracker app which was developed by DOC and FNZ.  Their flight paths can be overlaid with the activity of individual fishing vessels to identify those posing most risk of bycatch”.

The Antipodean Albatross is listed on Appendices I and II of the Convention for Migratory Species.  The Antipodes Island nominate population has been recognised since 2017 as a population of conservation concern by ACAP.

Read more about the expedition here. 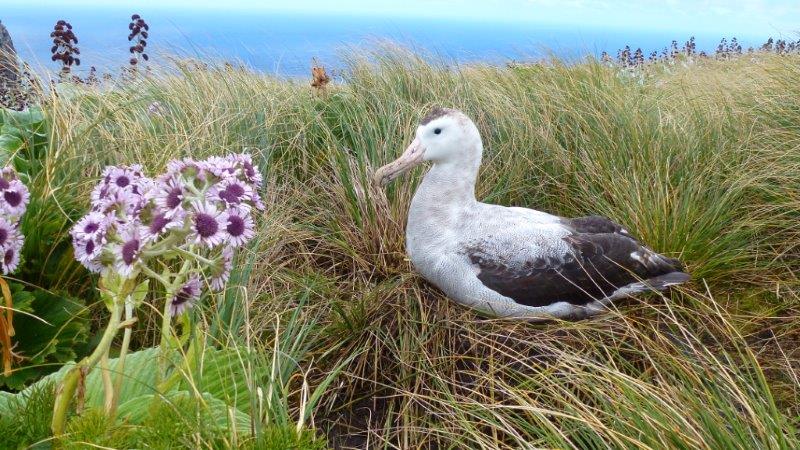