Monitored Laysan Albatrosses Phoebastria immutabilis and their chicks breeding on private properties along the northern shore of the Hawaiian island of Kauai survived falling trees from gale-force winds caused by a Cold Core Low (a type of cyclone) on 10 February.

The Kaua’i Albatross Network, which monitors the birds (87 eggs were counted in 2013/14) states “There was one very close call with a downed tree, but most of the debris was small branches”.  It seems most if not all the fallen trunks and branches were from non-native trees introduced from outside the Hawaiian Islands, including Ironwood Casuarina equisetifolia and Albizia Falcataria moluccana, both of which are susceptible to strong winds. 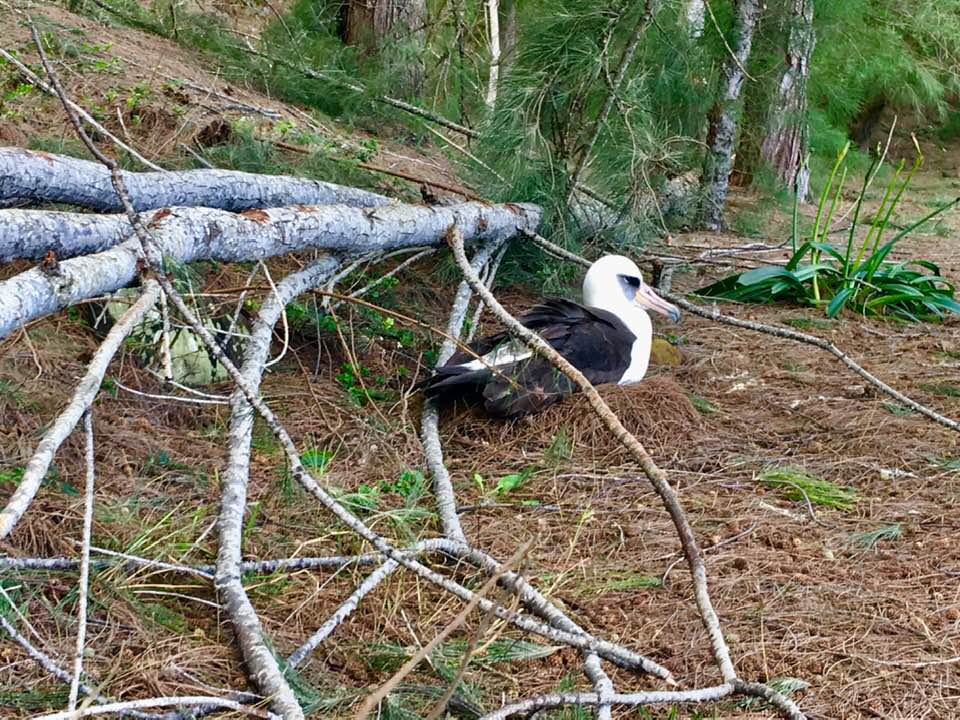 Narrow escape: an Ironwood falls right next to a breeding Laysan Albatross on Kauai, photograph by Hob Osterlund

Laysan Albatrosses breed below sometimes closed-canopy stands of introduced Ironwoods on Sand Island, Midway Atoll, although at lower densities than in open areas. As on Kauai, the fallen needles that cover the ground below the trees are used as nesting material.  The Ironwoods on Midway are prone “to toppling over in high winds, crushing nesting birds below. Control and removal of C. equisetifolia on Midway Atoll NWR has focused on trees that pose a hazard to buildings and on “hot spot” areas to prevent further expansion of the species” (click here).  In addition on Midway “Albatross get caught in the trees and can't free themselves.  If they don't die on impact, they die soon after getting tangled in the branches.” (click here). 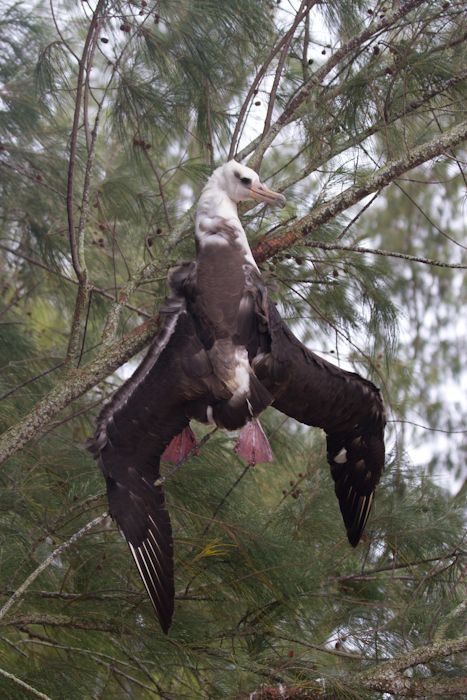 A Laysan Albatross dies entangled in an Ironwood on Midway Atoll, photograph by Jaymi Heimbuch

With thanks to Jeanine Meyers, Hob Osterlund and Kim Steutermann Rogers.