The 2017/2018 Laysan Albatross Phoebastria immutabilis breeding season in the Kaena Point Natural Area Reserve on the Hawaiian island of Oahu has resulted in 60 chicks fledging, the highest number so far according to Pacific Rim Conservation that monitors the birds.  The previous high was 54 birds successfully fledging in 2015 (from the 2014/15 season). 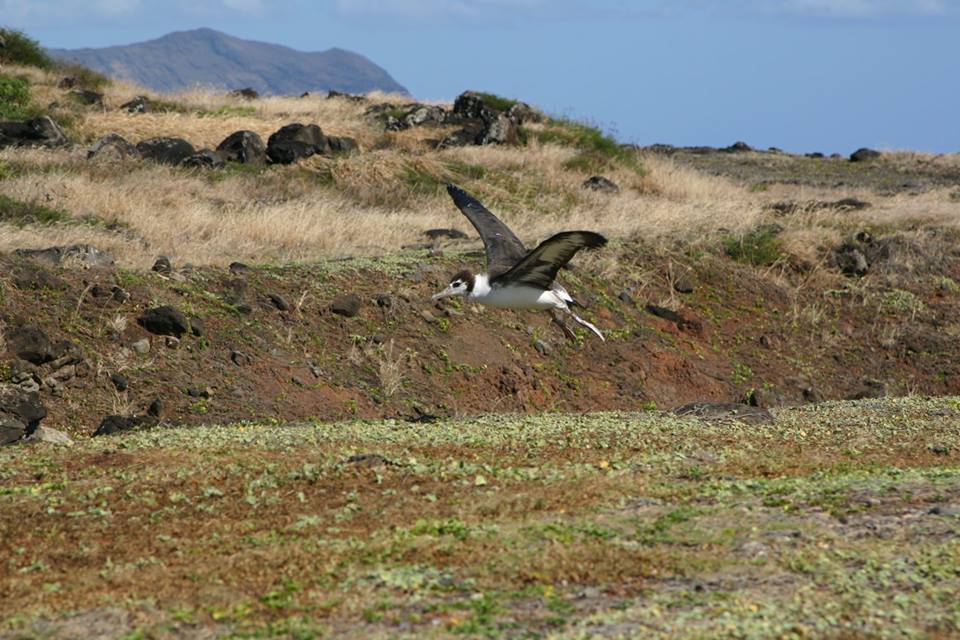 A Laysan Albatross fledgling, still carrying some down on its head, takes to flight.  Photograph by Pacific Rim Conservation

The high figure is despite the setback in December 2015 when intruders killed an estimated 15 incubating adults one night (click here and follow the string backwards).

Kaena Point is fenced against predators and acts an “insurance” colony against predicted sea-level rise that will deleteriously affect the low-lying albatross breeding atolls in the North-western Hawaiian Islands.

Information from the Facebook page of Pacific Rim Conservation and previous postings.