Fourteen globally and nationally Vulnerable Black Petrel Procellaria parkinsoni chicks were tagged with satellite trackers by the ecological consultancy  Wildlife Management International at their Mount Hobson breeding colony on New Zealand’s Great Barrier Island in May 2018 in an endeavour to find out more about the at-sea movements of this ACAP-listed species as pre-breeding juveniles.  The study was initiated as a consequence of the poor return rate of banded juveniles as first-time breeders.

At the most recent report 11 of the 14 transmitters were still functioning.  The birds have followed similar routes eastwards across the Pacific towards South America.  They have been mostly concentrating their activity in an area of ocean approximately 1500 -1900 km SSW of the Galapagos Islands, although three birds are now close to the Galapagos and one has travelled on to come close to the South American coast.  The total distance travelled by the young birds to date is given as 160 733 km, averaging 11 480 km per bird.  Follow the petrels’ future movements (until the transmitter batteries run out) here. 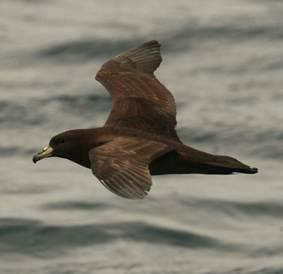 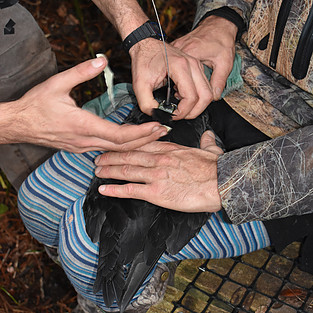 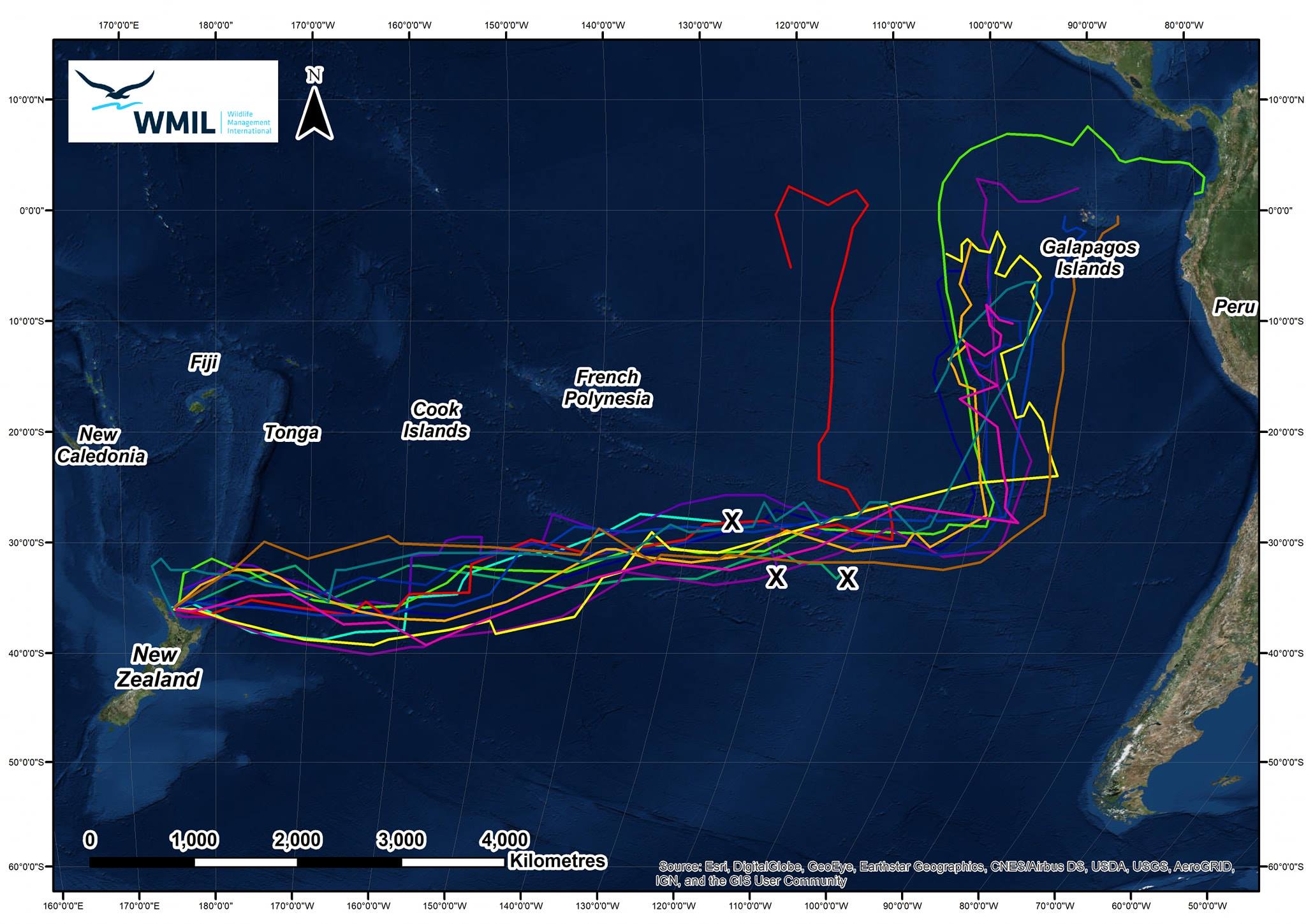 Fledgling Black Petrel tracks by 15 July.  The crosses mark the last known positions of three birds that are no longer reporting

Earlier in the 2017/18 breeding season adult Black Petrels feeding chicks on Mount Hobson were satellite tracked by Wildlife Management International, revealing that they were making 5000 - 6000-km foraging trips “as far away as the east coast of Australia, or far to the east of the Chatham Islands”.