In February 2017 15 globally Near Threatened Black-footed Albatross Phoebastria nigripes chicks were translocated by air from the Midway Atoll National Wildlife Reserve for hand rearing in the James Campbell National Wildlife Refuge on the Hawaiian island of Oahu. Fourteen successfully fledged; the 15th chick died shortly before fledging. The aim is to create a new breeding colony less vulnerable to the effects of sea level rise and extreme weather events (click here).

This year 23 Black-foot chicks were collected from Midway and Tern Island within the Papahānaumokuākea Marine National Monument and brought back to the James Campbell National Wildlife Refuge on a five-day sea voyage. As in the previous year the chicks were taken from nests near the water’s edge and so deemed to be in danger of being washed away by storms. The chicks have now now settled into their home in the refuge and will be placed outside tomorrow, following an indoor quarantine period when they were inspected by a veterinarian. 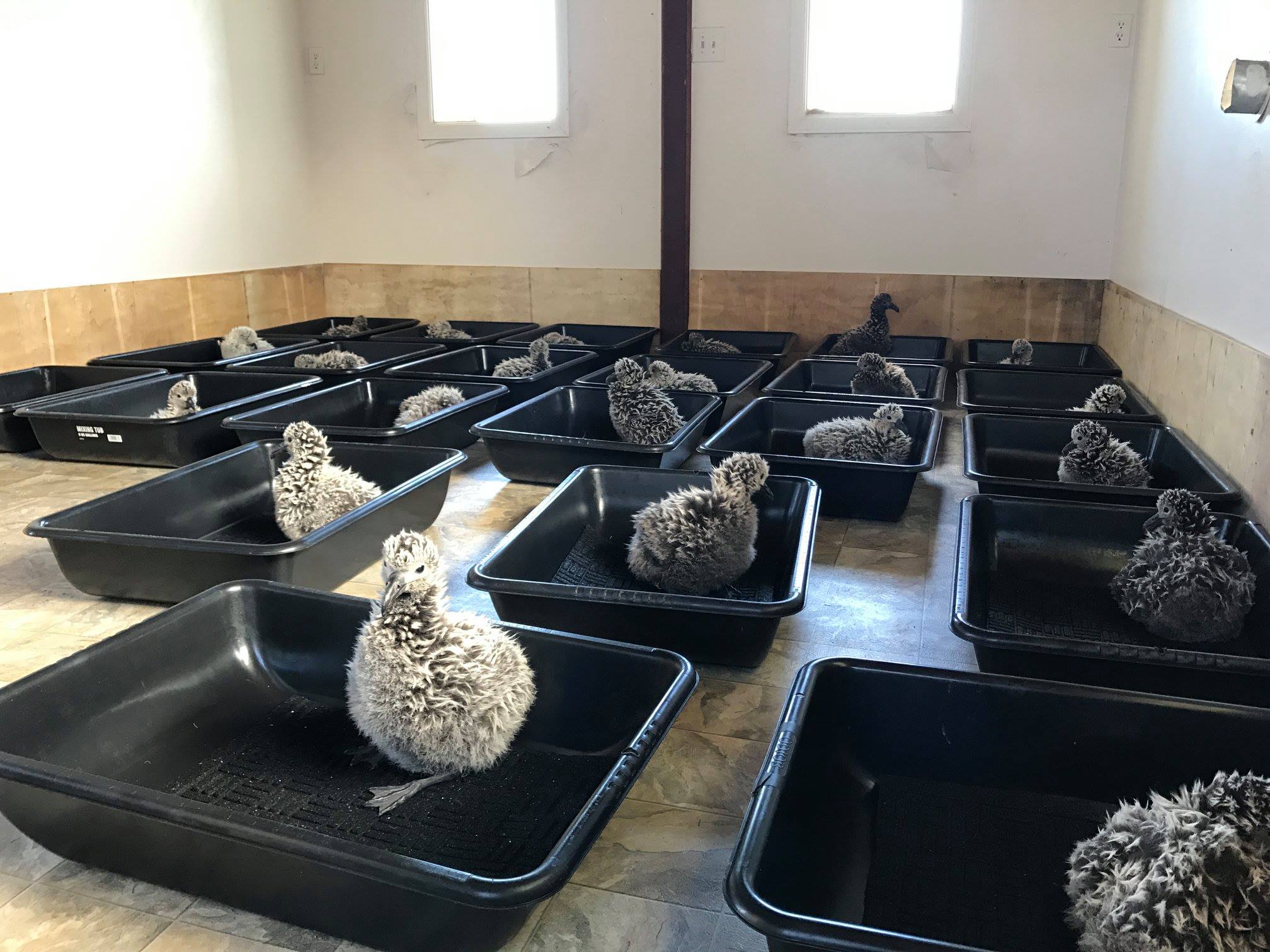 One tray each: the 2018-cohort translocated chicks await their hand-fed meal, photograph by Pacific Rim Conservation

For more information on this project visit the No Net Loss website.

“No Net Loss is an initiative of Pacific Rim Conservation, a non-profit conservation organization based in Hawaii that focuses on island bird restoration. We have partnered with landowners, non-profit organizations and government agencies to create a series of “mainland islands” (fenced, predator-free sites on inhabited islands) as well as completely predator-free islands that will serve as “Arks” for island species in Hawaii and the Tropical Pacific. We help to restore bird species to these mainland islands by using translocation or social attraction.”

View a video clip on the 2017 translocation.