For the third year running, New Zealand’s Department of Conservation has set up a webcam beside a nest in the mainland colony of globally Endangered Northern Royal Albatrosses Diomedea sanfordi at Taiaroa Head. The egg in the nest on view has recently hatched (click here).

“The egg was laid on 7 November 2017 and since then the parents (known as YWK and KGY) have been taking turns on the nest. They will now continue to take turns feeding the chick for the next five or six weeks. They then leave the chick unguarded, except for feeding visits, until it fledges in spring. The sex of the chick is unknown at this stage.”

Watch the albatross chick grow via the Royalcam here. 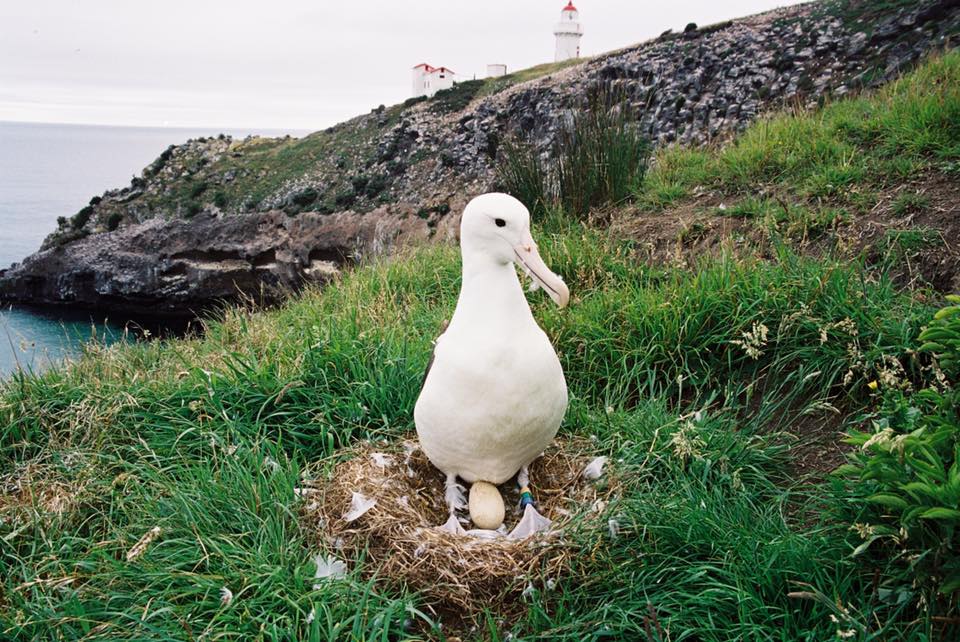 There are 32 occupied nests in the colony in the current season, growing from one breeding pair in 1937 to about 65 pairs in 2017 (the species is a biennial breeder when successful).