Following on from two recent posts to ACAP Latest News of albatrosses at sea that had been daubed with paint and had a plastic band wrapped around the bill, Leandro Bugoni (Instituto de Ciências Biológicas, Universidade Federal do Rio Grande - FURG, Brazil) reports to ALN of an adult Atlantic Yellow-nosed Albatross Thalassarche chlororhynchos (globally Endangered) with a long packing strap (as commonly used to secure boxes of fish or squid bait) tightly knotted around its left leg.

The bird was spotted at sea on 22 February 2006, off southern Brazil (33.95S; 51.45W) by Captain Celso Oliveira of the long liner Ana Amaral I, which was trolling and hand lining for tuna at the time. Attention was then drawn to its ‘unusual long tail feathers’.

Leandro, aboard the long liner sampling birds for his PhD degree, then used a cast net to capture the bird, confirming that the trailing objects were not tail feathers but a white plastic packing strap. 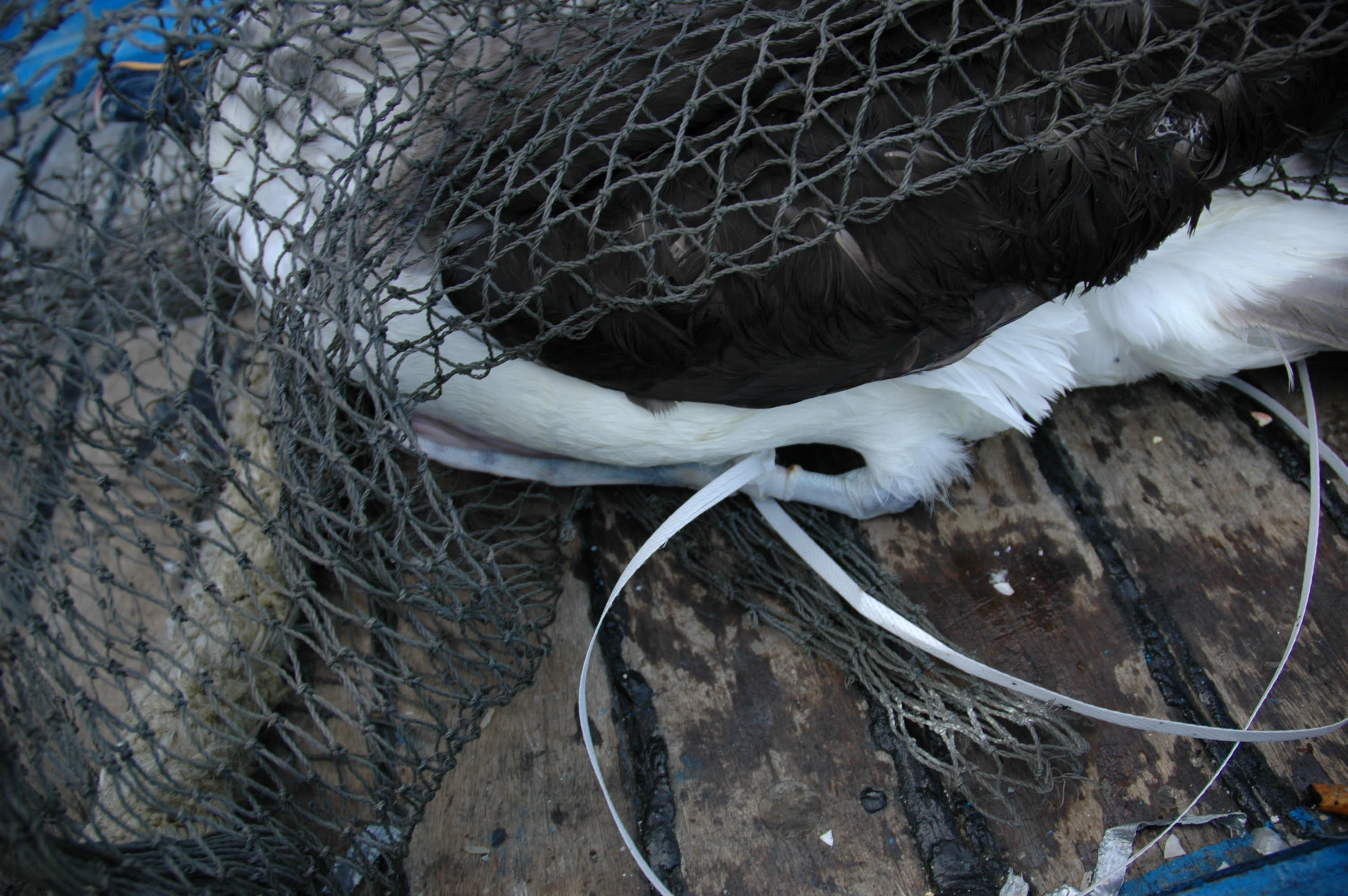 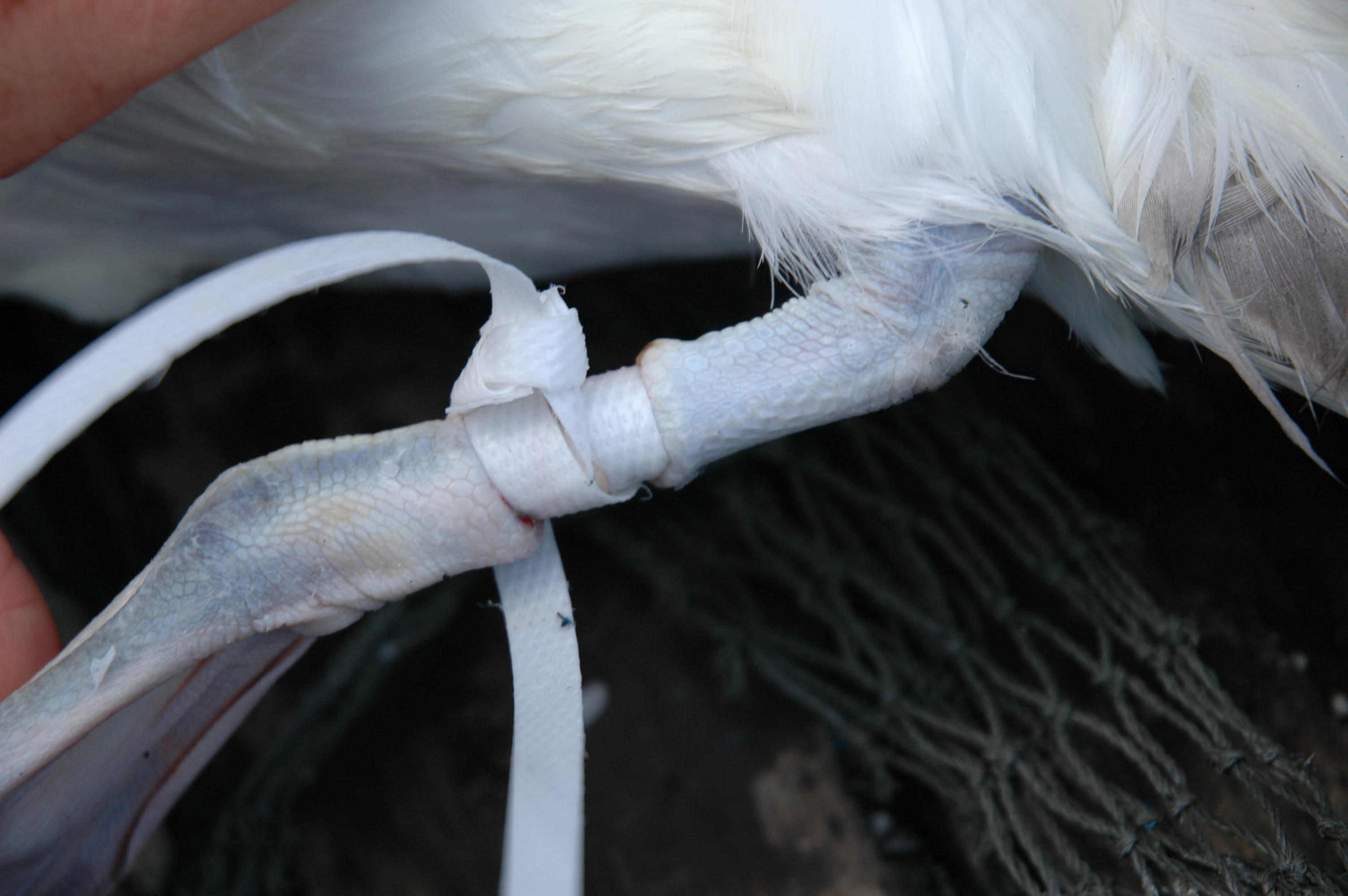 In the hand the bird was active and appeared healthy despite a wound from the strap, suggesting it been knotted around the leg for some time. Following removal of the strap a blood sample was taken for stable isotope analysis and molecular sexing (it was determined to be a male) and moult and mensural data collected. The albatross was banded with CEMAVE/ICMBio U29584 on its right, uninjured leg and then released at sea. 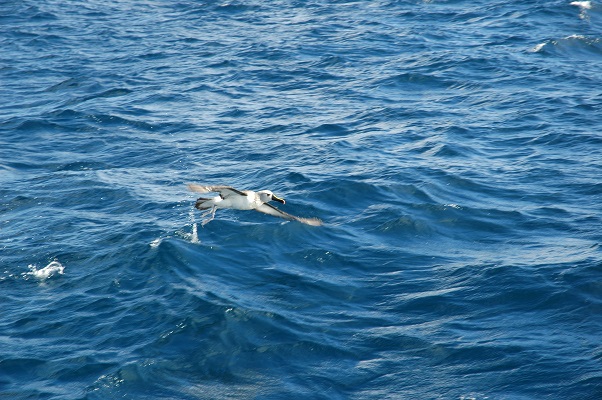 The Atlantic Yellow-nosed Albatross, freed of the packing strap, flies away after release

All photographs from Leandro Bugoni

It seems certain the strap had been deliberately tied to the bird’s leg, likely by a fisher for seemingly no purpose other than idle amusement.

With thanks to Leandro Bugoni.