“Animal movement is a fundamental eco-evolutionary process yet the behaviour of juvenile animals is largely unknown for many species, especially for soaring seabirds which can range widely over the oceans at low cost.  We present an unprecedented dataset of 98 juvenile albatrosses and petrels (nine species), tracked for the first three months after independence.  There was a startling diversity within and among species in the type and scale of post-natal movement strategies, ranging from area-restricted to nomadic patterns.  Spatial scales were clustered in three groups that ranged from <3000 km to >6000 km from the natal nest.  In seven of the nine species, the orientation of flight paths and other movement statistics showed strong similarities between juveniles and adults, providing evidence for innate orientation abilities.  Our results have implications for understanding the development of foraging behaviour in naïve individuals and the evolution of life history traits such as survival, lifespan and breeding strategy.” 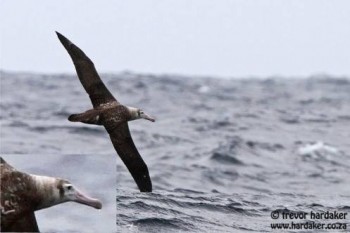