First ever record: an Arctic Fulmar gets photographed in the southern hemisphere

An Arctic or Northern Fulmar Fulmarus glacialis was photographed in New Zealand waters in the general vicinity of the Snares Islands on 9 February 2014 by fisheries observer Leon Berard (click here). 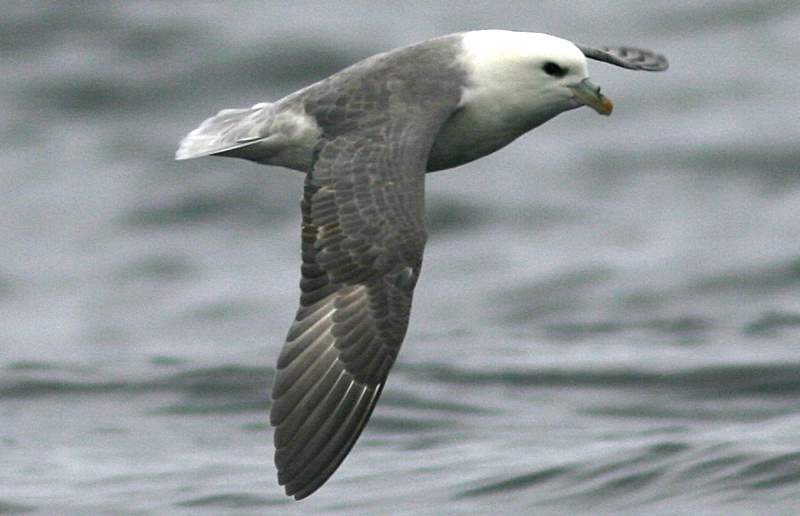 NOTE: file photo of an Arctic Fulmar, not of the New Zealand record

This exceptional record, likely to be the first ever for the Southern Hemisphere (there appear to be none for both Australian and southern African waters) has this month been accepted by the Birds New Zealand Records Appraisal Committee.

The bird was identified by differences in bill colouration from the more-expected Antarctic Fulmar F. glacialoides and that it was a dark-phase individual – not seen in the Antarctic species.  It has been suggested that the relatively small head and slim bill of the New Zealand bird indicates that it came from the North Pacific population rather than from the North Atlantic.

With thanks to Colin Miskelly.