A total of 110 ACAP-listed and Vulnerable Chatham Albatross Thalassarche eremita chicks was moved from the Pyramid, the species’ sole breeding site, to Point Gap on the main Chatham Island in 2014 and 2105 in an effort to establish a new breeding colony.  The chicks were hand fed until they fledged, only six not surviving due to heat stress (click here). 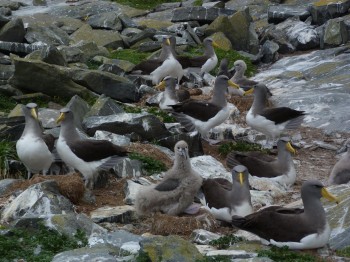 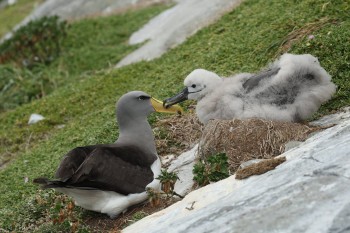 Collection day: Chatham Albatrosses with large chicks on The Pyramid 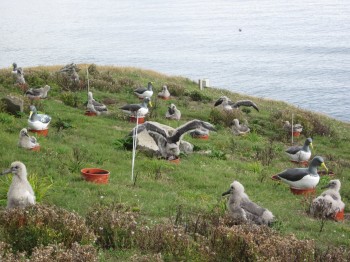 The Chatham Islands Taiko Trust successfully transferred a further 50 chicks for the third year of the project last week on the Pyramid to Point Gap.  It is intended to continue translocations for a further two years.