So far, 11 of the 35 eggs originally laid this season in the mainland colony of Endangered Northern Royal Albatross Diomedea sanfordi at New Zealand's  Taiaroa Head have hatched.  Twenty fertile eggs remain to hatch.  Watch a video clip of an egg hatching here.

One of these chicks is set to be watched by a live-streaming "Royal Cam" from the 26th, with infra-red capability so goings on at the nest after dark can be followed (click here and here to learn more about the set up). 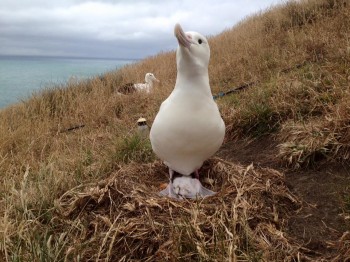 A hatchling emerges from the 2015/2016 breeding season 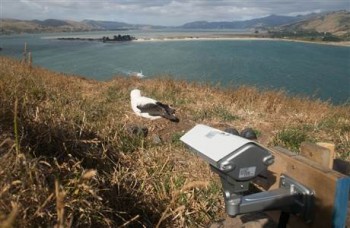 Sprinklers are set to keep the chicks cool if the temperature gets too high (click here).