For the last three years ACAP Latest News has been posting illustrated articles in an occasional series that describes the many localities, most of them uninhabited islands, where ACAP-listed albatrosses, petrels and shearwaters breed around the World.  The series commenced with New Zealand’s Bounty Islands; the most recent account published, the 82nd, is for the main island in the Auckland Island Group.

For Australia, Ecuador, Mexico, Norway and South Africa all their ACAP breeding sites (including ones with now extinct colonies, such as Bouvet Island) have been written up, but for other countries hosting ACAP species, as well as for the Antarctic Continent and for disputed territories, there are still a number of sites to cover.

An appeal is made for authors and photographers to help complete the series.  Here is a partial list of the remaining sites by countries not yet assigned to volunteers: 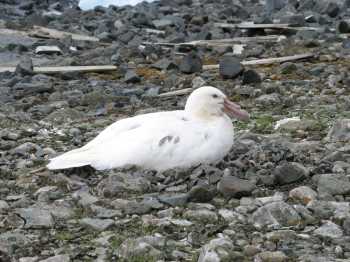 For a write-up what is required are:

1.  A brief description of the locality with its name, locality, size, habitat and vegetation,
2.  Information on breeding ACAP-listed species: names, numbers, trends and monitoring efforts,
3.  Conservation status: management plan, nature reserve status and alien control/eradication efforts past present or planned,
4.  Up to eight selected references, and
5.  Five to six photographs with captions showing the locality, its habitats, colonies and ACAP species.

Help is available for co-authoring and editing texts.

With thanks to the many willing helpers who have authored and co-authored breeding site accounts and submitted their photographs to date.  Hoping to hear from more!