The current season’s crop of globally Endangered and nationally Naturally Uncommon Northern Royal Albatross or Toroa Diomedea sanfordi chicks on New Zealand’s Taiaroa Head will be fledging soon.  Similar to other albatross species chicks close to fledging regurgitate their accumulated stomach contents to "lighten the load” before their first flight.  In a “normal” situation the regurgitated boluses are made up of hard undigested parts emanating from the meals fed to them by their parents, such as squid beaks, fish bones, and sometimes pieces of pumice.

Unfortunately, the situation for albatrosses is no longer normal and chick boluses (most notably of North Pacific species) now often contain fragments and pieces of hard plastic that had been fed to them.  Taiaroa’s Toroa chicks are no exception as Department Of Conservation (DOC) Wildlife Ranger Sharyn Broni has posted to The Royal Albatross Centre Facebook page:

“Items of plastic have been found in regurgitations from three albatross chicks over the weekend.  This piece of a handle from a scoop for infant formula I witnessed being regurgitated by our oldest female chick on Sunday [25 August] amongst 150 g of squid beaks and liquid.  It all looked very uncomfortable and she went and sat down for some time afterwards.  It is better out than in but is a very worrying trend that we are seeing here.” 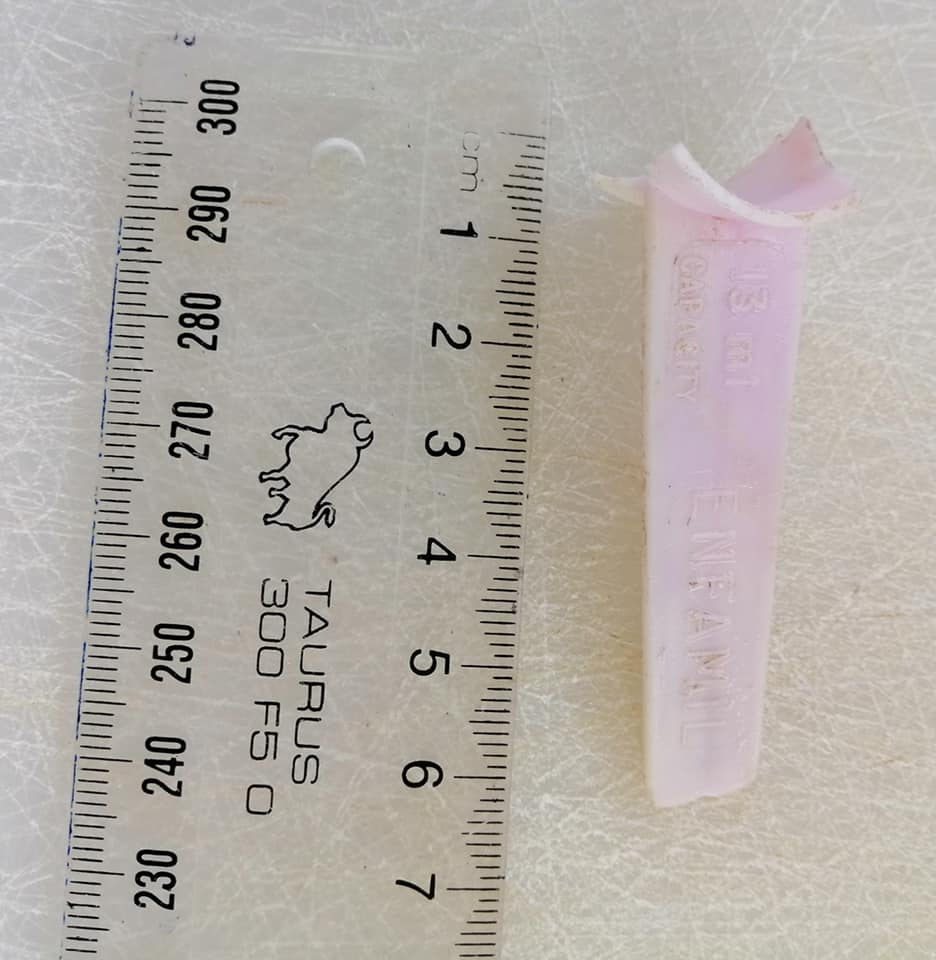 It will take a massive reduction in single-use plastic on a global scale to address properly this problem (click here for DOC’s suggestions).  Until then, albatross chicks will have to continue to regurgitate their unwanted plastic loads before heading out to sea.